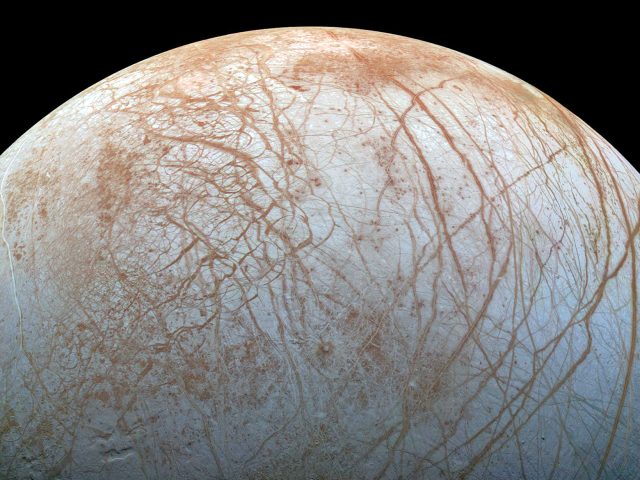 NASA has captured the highest-resolution photo of Europa, one of Jupiter’s moons. The image, which NASA released last week, showcases over 93 by 125 miles of surface region on the moon. The space agency outlined exactly what we are able to see in the image in a post on the Jet Propulsion Laboratory’s website. 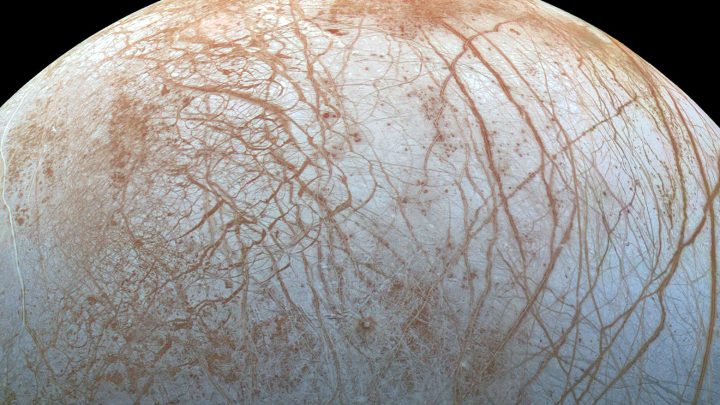 NASA has revealed the first Juno image of Europa taken in a recent flyby. The flyby took place on September 29, and NASA received the first image hours after it was taken. The image was captured as Juno passed by the moon on its closest approach of around 219 miles. Juno is expected to return … 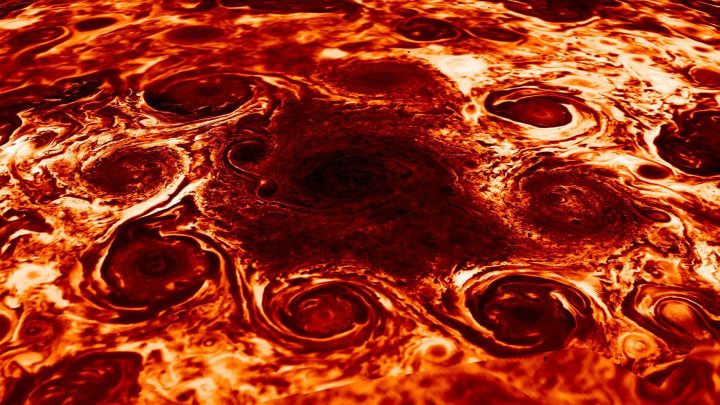 In 2017, NASA’s Juno spacecraft captured images of nine cyclones at Jupiter’s north pole. Now, over four years later, those nine cyclones are still in the same pattern they were when Juno first discovered them. In an attempt to understand how these bizarre cyclones on Jupiter have remained stable, scientists took a deeper look. 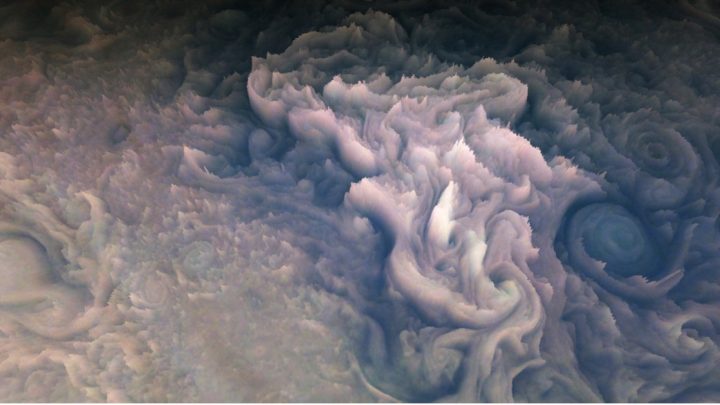 The first 3D renders from NASA’s JunoCam spacecraft have revealed a spectacular phenomenon on Jupiter. The small spacecraft captured data of clouds on the gas giant which, when animated and turned into a 3D image, look like frosting off a cupcake. This week, the renders were revealed at Europlanet Science Congress 2022 in Granada. 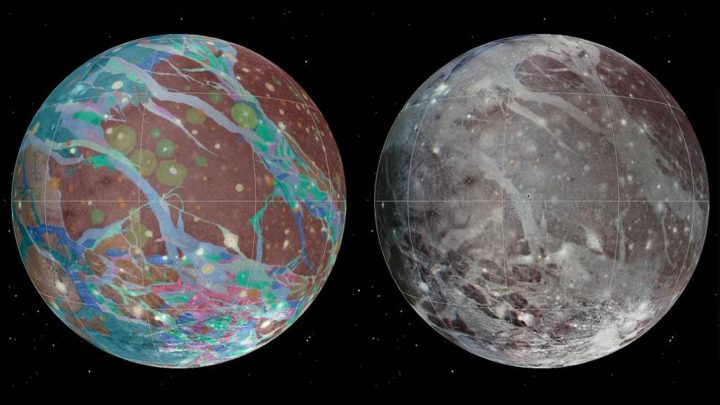 NASA’s Juno spacecraft has spent much of the past four years gazing at the massive gas giant Jupiter. The orbiter’s primary goal is to teach scientists as much about Jupiter as possible, but it’s also spent some time observing Jupiter’s many moons. Ganymede is the largest moon of Jupiter and also the largest moon in …

NASA’s trusty Juno orbiter has been hanging around Jupiter for many years now. Its observations have taught us a lot about the gas giant and its intense storms. It revealed that the storms stretch farther into the planet than previously thought, and Juno is our primary eye in the sky when it comes to observing … 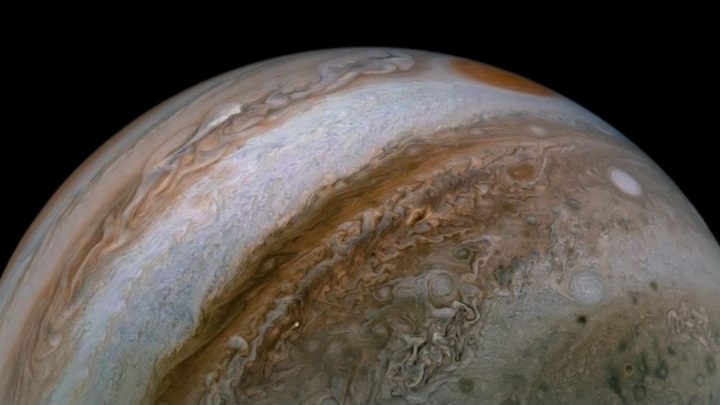 NASA’s Juno spacecraft has been orbiting the gas giant Jupiter since 2016, and it’s taken some really fantastic shots of the massive planet along the way.  A new image of Jupiter showcased by NASA shows the planet from an angle we don’t normally see.  Visible in the image are both the Great Red Spot — … 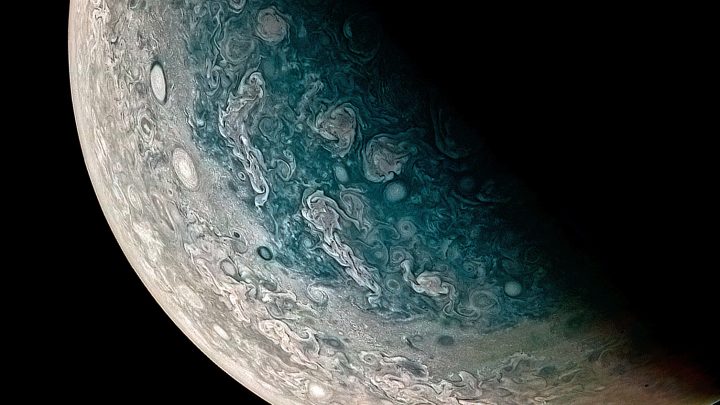 For scientists studying Jupiter, there’s plenty to see. The gas giant has a wealth of personality, and its swirling storms and colorful streams of gas provide researchers with a lot to observe. One aspect of the massive planet that isn’t often talked about is its amount of water, but new data from NASA’s Juno orbiter … 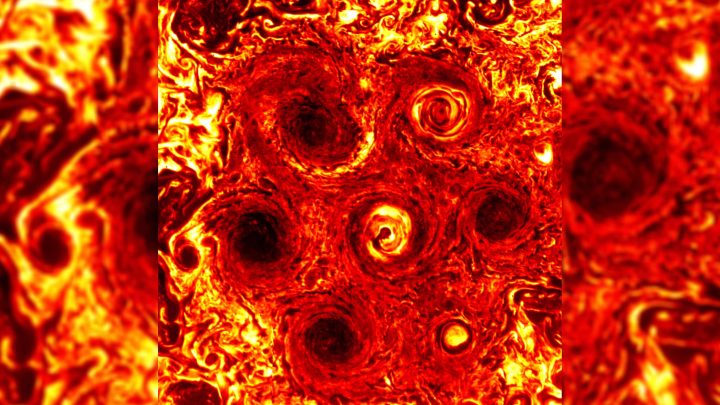 NASA’s Juno spacecraft has been hanging around the mighty gas giant Jupiter for a number of years now, and it’s returned some very interesting observations during its stint there. Since Jupiter is absolutely covered in massive, swirling clouds, it makes sense for Juno to spend a good deal of its time focusing on Jupiter’s weather, …

NASA’s Juno orbiter has to jump over Jupiter’s shadow, or die trying

NASA’s Juno orbiter has been doing some really great work while in orbit around gas giant Jupiter. The spacecraft has taught scientists a great deal about the planet, as well as the processes that power its massive storms and swirling clouds. The mission has been an incredible success already, but NASA wants to keep it …