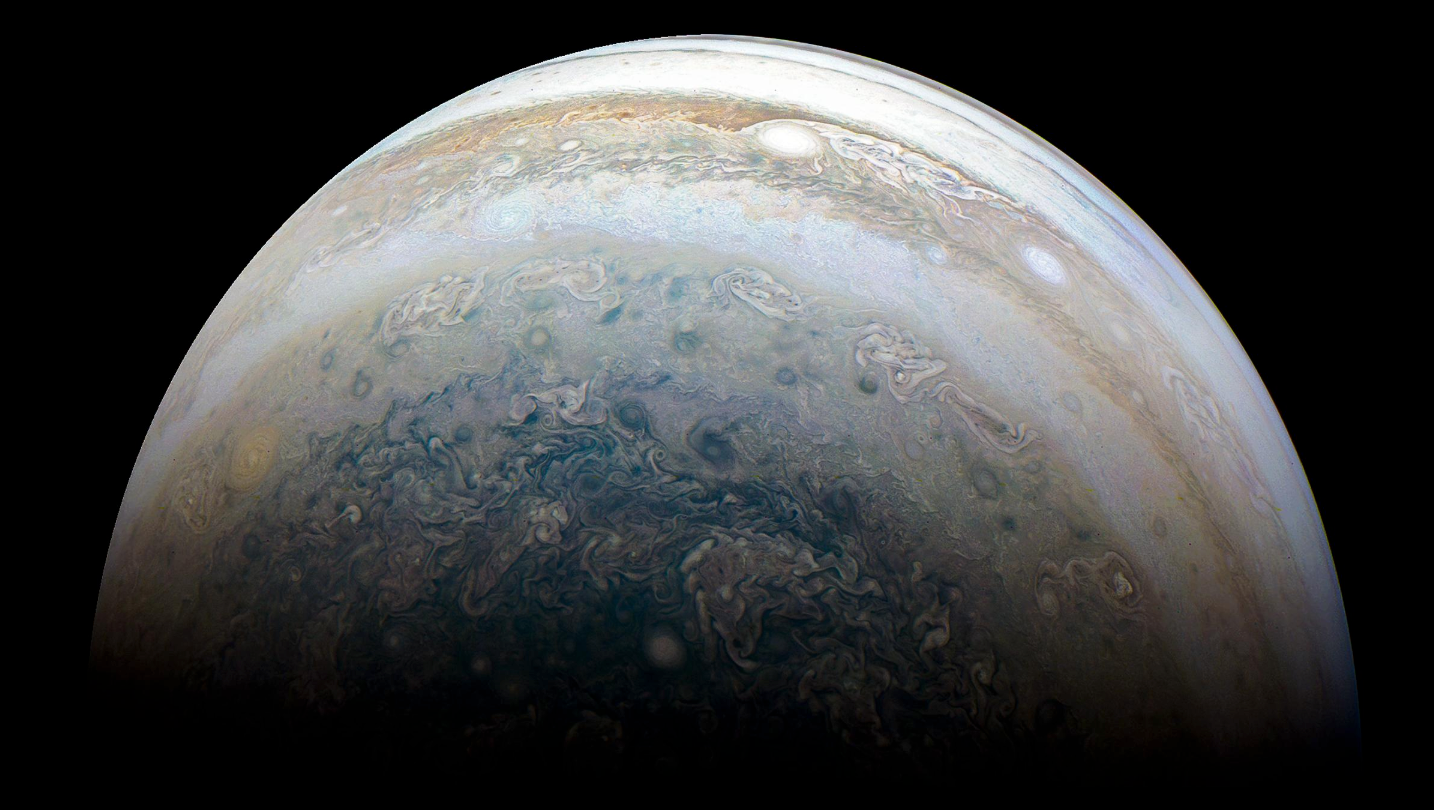 Jupiter is the largest planet in our Solar System by a pretty wide margin, and while it’s not exactly the most welcoming to human visitors, it’s still the most eye-catching. NASA’s Juno spacecraft has been hanging around the gas giant for a couple of years now and it’s made a habit out of delivering stunning images of the planet. Its latest snapshot is a real gem, and it’s probably worthy of a place on your desktop.

The photo, which shows off Jupiter’s southern end, reveals the stunning bands that wrap around the planet along with the swirling storms that have become so iconic.

This image of Jupiter’s southern hemisphere was captured by NASA’s Juno spacecraft on the outbound leg of a close flyby of the gas-giant planet. Citizen scientist Kevin M. Gill created this image using data from the spacecraft’s JunoCam imager.

You might think that 44,300 miles sounds like a poor distance from which to take a photo, but Juno’s powerful cameras and Jupiter’s immense size are quick to prove you wrong. The image (full size available here) is incredibly detailed, allowing you to see plenty of detail within the swirling storm clouds and brightly-colored bands.

Photos like this one have become a regular thing for NASA ever since Juno entered orbit around the massive planet in July of 2016, but despite the perfect birds-eye view there’s still a lot that we don’t know about Jupiter itself. Scientists only recently discovered just how deep the planet’s weather systems go, stretching down 200 miles from the cloud tops. What lies beneath is still a topic of debate, with researchers agreeing that some kind of hard surface must exist, but with little data on what it might look like.