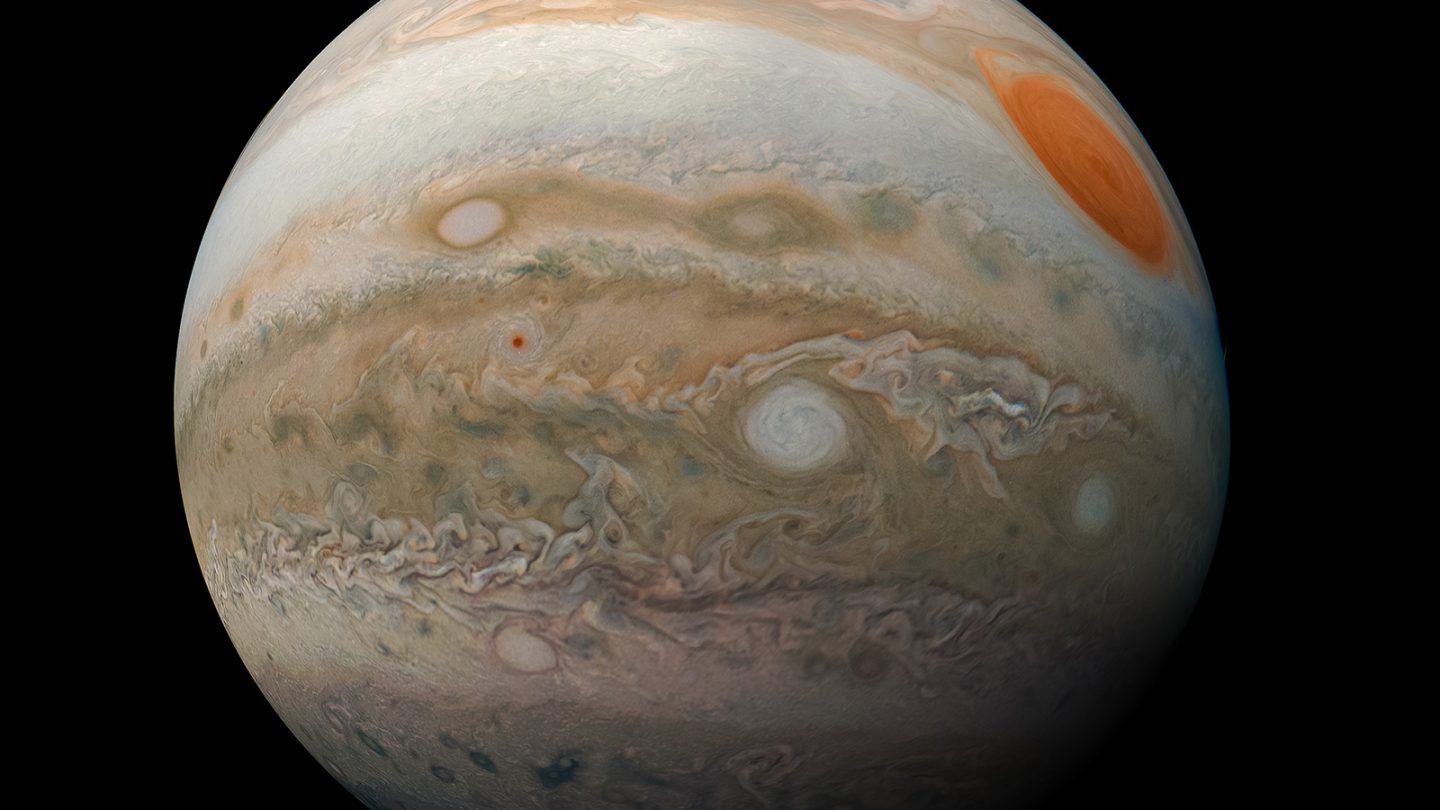 Jupiter, the “king” of planets in our solar system, is a hostile place you definitely wouldn’t want to visit. The gas giant is a swirling mass of storms that stretch hundreds of miles deep, and the larger storms on the planet like the Great Red Spot are large enough to swallow Earth several times over.

Despite its volatile nature, and the fact that nobody really knows what lies deep within the planet, Jupiter is still one of NASA’s favorite photography targets because it’s just so beautiful. Now, NASA is showing off a new, enhanced image snapped by the Juno spacecraft, and it’s pure eye candy.

The image might look like a single photo but, as NASA explains in a new blog post, it’s actually the result of three separate snapshots captured by Juno:

NASA uploads all of Juno’s “JunoCam” images to a web portal where citizen scientists can apply enhancements that bring out additional detail. In this case, a citizen scientist named Kevin M. Gill spent some time sprucing things up and the end result is the lovely view you see above (full resolution here).

Juno has proven invaluable to NASA during its over seven years orbiting Jupiter. The spacecraft has taught scientists about the planet’s intense currents and storms, and revealed that some of the planet’s most iconic features, like the Great Red Spot, are gradually dying.

Juno’s original mission timeline lasted seven years, but because the spacecraft was still performing well, NASA has since extended it until mid-2021.