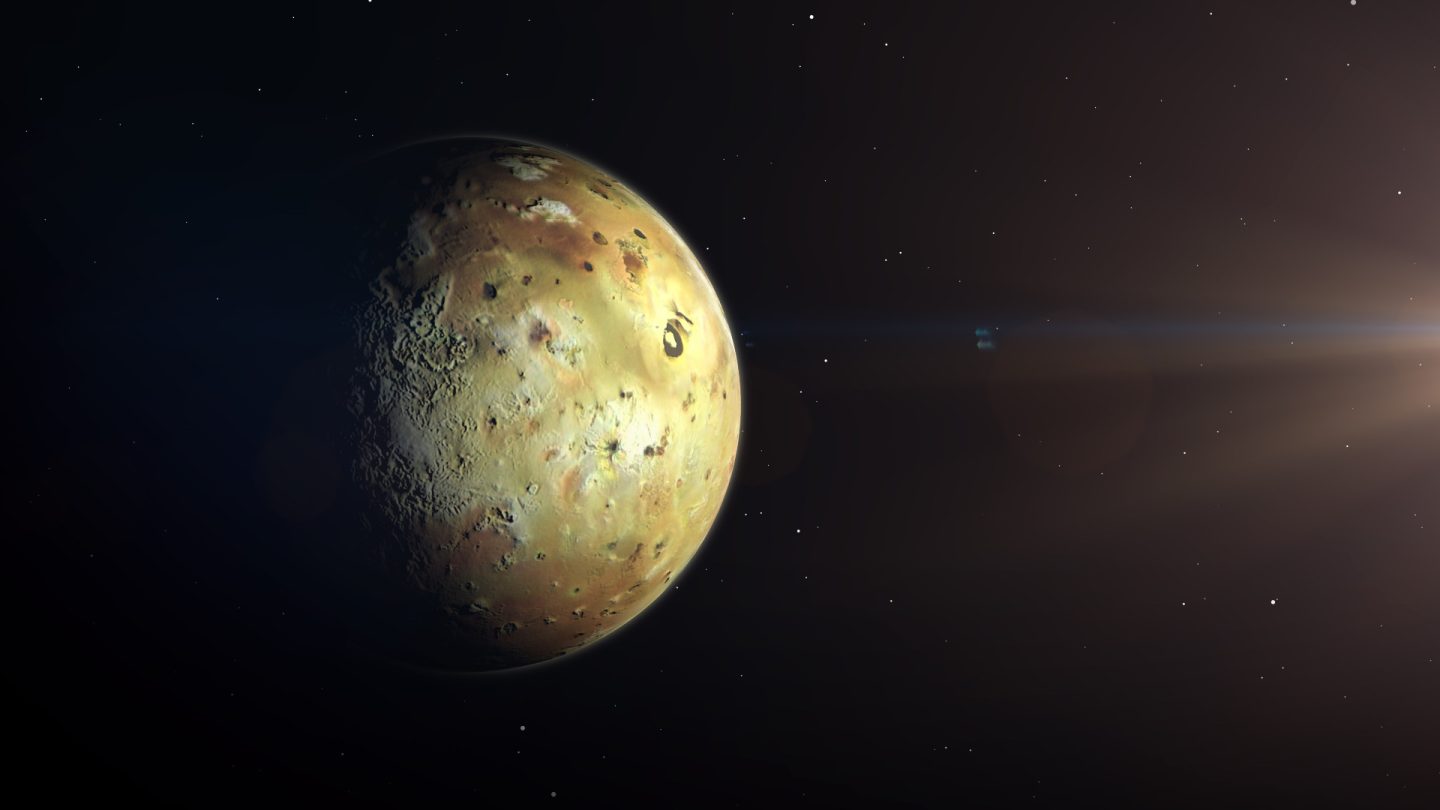 The volcanic moon, which orbits the gas giant Jupiter, has long been written off as a possible home for alien life, as its extreme temperature and lava-covered surface make it wholly inhabitable. But, now scientists say that the volcanic moon could house life deep underground, perhaps even in the lava tubes that help deliver molten rock to the planet’s surface.

It’s an intriguing notion, that alien life might exist on Io, and it is one that doesn’t come lightly. Juno, one of NASA’s spacecraft currently studying Jupiter and its moons, has been sending data back about the Jovian moons for months. Juno sent us terrifying images of Io just last month, giving us a good look at the planet’s bright surface.

Most of the information we have about Io is old, dating back to when the Galileo spacecraft toured the Jovian system over 20 years ago. We know that Io is roughly the same size as our Moon, and that it features an active lava lake, lava flows, mountains, and more. Another big difference could be the existence of alien life on Io, an exciting prospect that begs scientists to look deeper into the moon.

According to a report shared by Big Think, recent simulations of Io show that the tidal heating on the moon is keeping magma liquid below the surface of the planet. However, some of the eruptions on the Jovian moon are so violent that they send magma hundreds of kilometers into space. The tubes that these eruptions send lava through at times could be where alien life on Io is hiding.

Of course, the water scarcity on the moon is problematic, which is where the sulfur that Io is made of might come in handy. This would most likely act as an alternative to water, allowing the existence of microbial ecosystems. Io wouldn’t be home to intelligent alien life, as you might think of it, but it is still alien life, which makes this possibility exciting for many those taking part in the search for alien life in the universe.