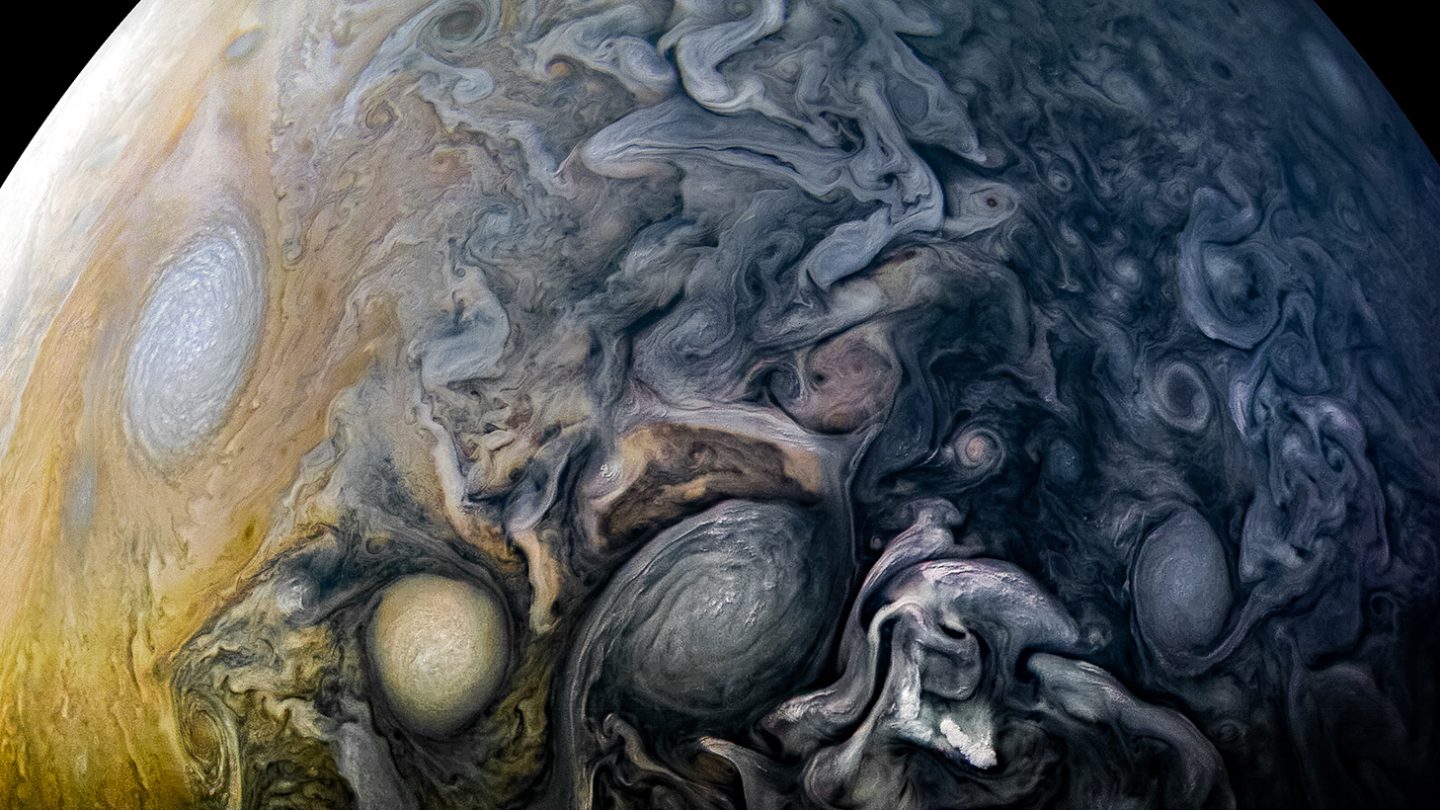 Out of all the different pieces of NASA hardware floating around our Solar System, the Juno spacecraft probably has the best gig in terms of pure eye candy. The orbiter regularly snaps almost-too-good-to-be-real photos of the gas giant and its swirling cloud tops and sends them back to eager scientists and skywatchers back on Earth, and its latest batch of high-flying photos is just as good as we’ve come to expect from the reliable probe.

NASA, which regularly shows off some of Juno’s best work, took the time to highlight a particularly cool-looking photo of Jupiter’s iconic cloud patterns that was snapped back on April 1st. As with many images of the planet that we’ve seen in the past, the photo almost looks like an antique watercolor painting, and it’s hard not to lose yourself in the surreal sight.

“See intricate cloud patterns in the northern hemisphere of Jupiter in this new view taken by NASA’s Juno spacecraft,” NASA says of the image. “The color-enhanced image was taken on April 1 at 2:32 a.m. PST (5:32 a.m. EST), as Juno performed its twelfth close flyby of Jupiter. At the time the image was taken, the spacecraft was about 7,659 miles (12,326 kilometers) from the tops of the clouds of the planet at a northern latitude of 50.2 degrees.”

NASA makes it incredibly easy for the general public to see what the Juno spacecraft is observing via its JunoCam web portal. Here, raw images are uploaded without any additional processing, and citizen scientists have the opportunity to enhance them by emphasizing the colors and contrast. This particular photo was processed by Kevin M. Gill. You can view the photo at its full resolution here.

The Juno spacecraft is currently nearing the conclusions of its original mission timeline, having over six years and eight months of its planned seven-year mission. However, as with many of NASA’s spacecraft, the probe is likely to get a new lease on life with extended mission goals that will allow it to deliver awesome photos like this one for a while longer.