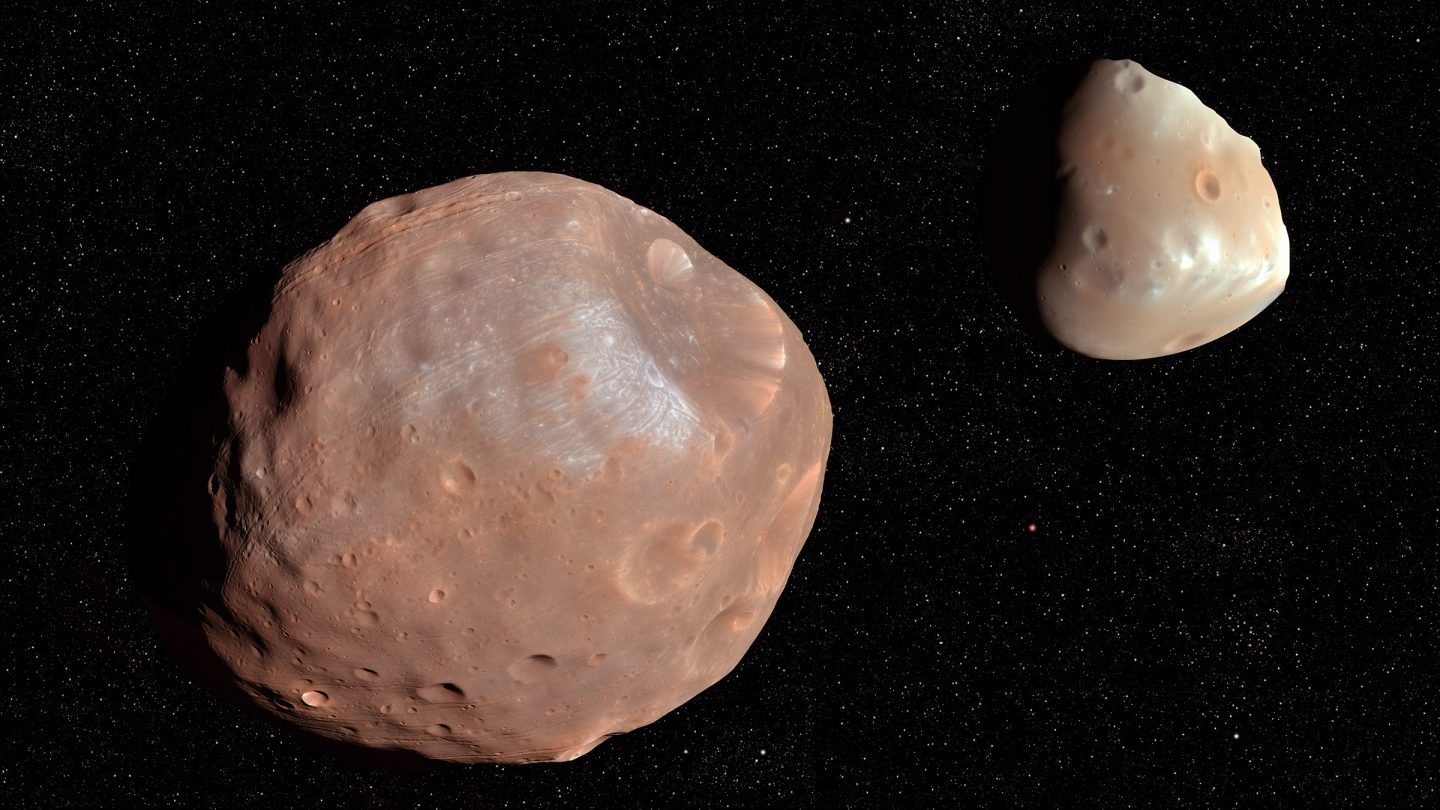 The European Space Agency’s (ESA) Mars Express has captured a spectacular event on camera. The rare occurrence happened in February of 2022 when the Mars Express captured footage of Mars’ moon as it eclipsed Jupiter and its satellites.

The occurrence is quite rare and shows how things can perfectly align for spectacular events when you’re studying space. The Mars Express has been orbiting the Red Planet since 2003, but this is the first time we’ve been able to more accurately determine the alignment of Mars’ moon, Deimos. The video, shared on YouTube, shows the Martian moon as it eclipses Jupiter and its various moons.

It’s a breathtaking view made up of over 80 images, the ESA notes in a post on its website. Tracking Deimos and Phobos’ orbits isn’t easy, though. Phobos, the smaller of Mars’ moons, orbits exceptionally close to the planet and constantly moves toward it. Deimos, on the other hand, is continuously moving away from it. This is what allowed the Martian moon to eclipse Jupiter and its moons.

Of course, like any eclipse out there, it all comes down to perspective. But, the ESA says an alignment like this is rare because it requires that Deimos be precisely in the same orbital plane as Jupiter’s moons for the alignment to occur and for the Martian moon to eclipse Jupiter and its satellites.

The video is animated from a sequence of images captured by the Mars Express’ High-Resolution Stereo Camera. It isn’t nearly as high-powered as the newer James Webb space telescope, which has delivered some spectacular images of the heart of the Orion Nebula. Still, it’s hard to watch the video – even with its grainy resolution – and not be impressed as Mars’ moon eclipses Jupiter.

The ESA says that it will visit Jupiter and its largest icy moons with the Jupiter Icy moons Explorer (Juice), which launches in 2023 and will arrive at Jupiter in 2031. Until that time comes, though, we can at least appreciate the view of the Martian moon eclipsing Jupiter to keep us satiated for new space content.