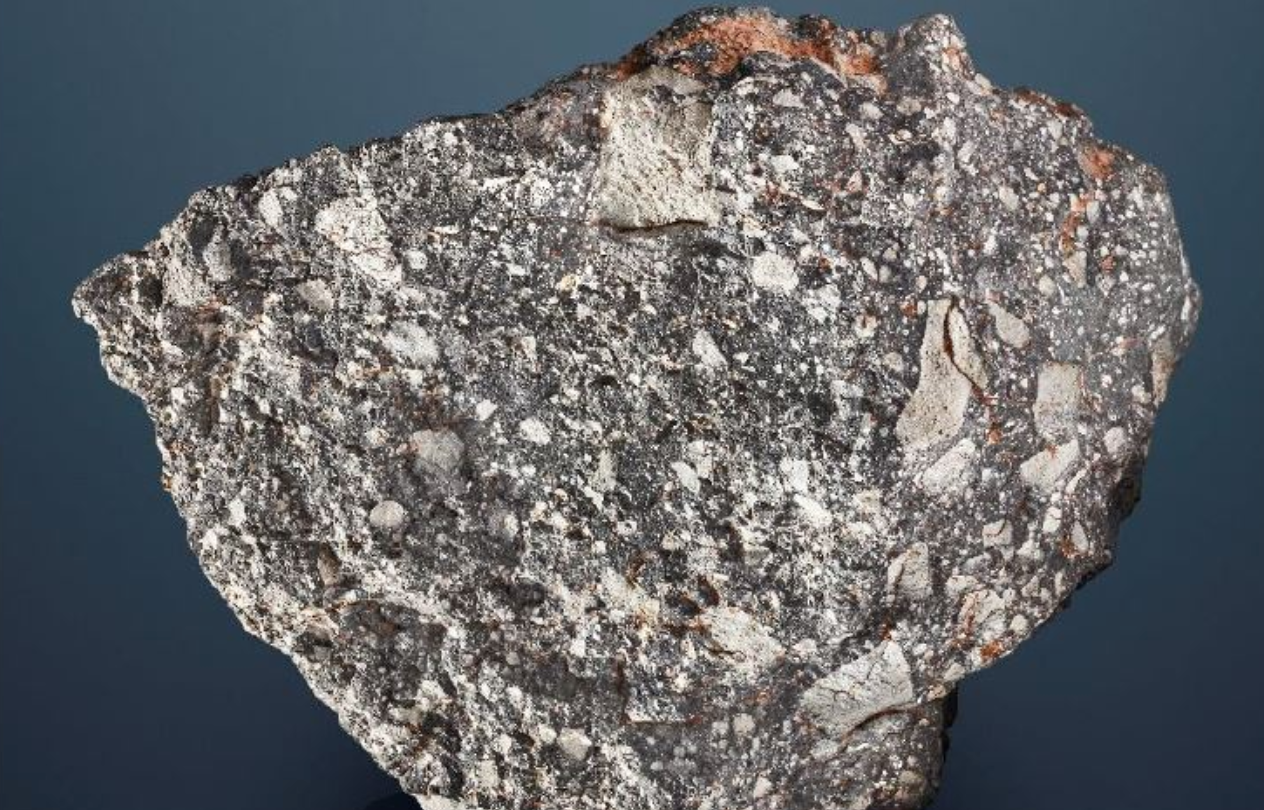 The Moon is awesome. So awesome, in fact, that NASA fully intends on sending humans back there by 2024. We get to see the Moon every night, provided we have clear skies, and whether you pay attention to it or not, it affects the Earth in profound ways. Most people tend to like it.

Now, if you really, really, really love the Moon, you might be willing to part with some cold hard cash to own a very large piece of it. The chunky lunar meteorite NWA 12691 will be up for sale at Christie’s, and it’s expected to fetch a truly astronomical price.

The rock was found in the Sahara Desert just two years ago, and it currently stands as the fifth-largest piece of the Moon here on Earth. The rock weighs just shy of 30 pounds, making it larger than even the biggest chunks of material fetched by astronauts during the Apollo missions. That along with the fact that it actually looks like a piece of the Moon has sent its sale price sky-high.

As a lunar meteorite, it was originally a piece of the Moon’s surface before an impact knocked it into space. It eventually got a little too close to Earth and came tumbling down in the desert. We’ll never know exactly where it came from, but by studying its composition it’s possible to confirm that it indeed came from the Moon.

“I’ve been lucky enough to handle a few lunar meteorites at Christie’s over the years, but every time I see this specimen in the warehouse the sheer size of it bowls me over,” James Hyslop of Christie’s said in a press release announcing the sale of the meteorite. “Weighing over 13.5kg, it is so much larger than anything else that has ever been offered before. The experience of holding a piece of another world in your hands is something you never forget.”

At the moment, the meteorite is in the hands of a private seller, and the individual apparently didn’t favor selling the rock in an auction format. Instead, it’s being offered as a private sale, which means anyone can buy the rock for whatever price has been agreed upon. Christie’s says the meteorite has been valued “in the region of £2 million,” which would be around $2.5 million.

There are plenty of space buffs who would love to have this beauty in their collection, but you’ll need some incredibly deep pockets for the privilege. The good news is that for the rest of us, looking at photos of it is totally free!