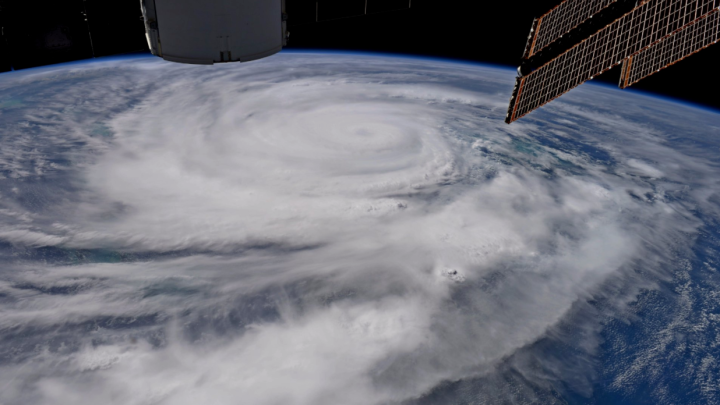 Hurricane Irma made its way inland this weekend, slamming into the west coast of Florida before advancing north, and its while it’s now been downgraded to tropical storm status, it’s still causing plenty of headaches for residents and travelers. Astronauts aboard the International Space Station were safely out of the storm’s path — you know, not being on Earth at all and whatnot — but they still managed to get a great glimpse of the incredibly massive storm as it made its way towards a collision with Florida.

The tentacles of the bow wave of #Irma clawing its way up Florida…. pic.twitter.com/BKCS8RrCnB

NASA astronaut Randy Bresnik tweeted several stunning photos of the storm as it traveled inland. From his perspective high above the Earth, you can really get a sense for just how huge the storm was, and how its long cloud bands alter the weather landscape far from the hurricane itself.

What a difference a week makes, Turks and Caicos before and after #Irma. pic.twitter.com/BAm438TSwe

Bresnik also grabbed some shots of Irma’s aftermath. A fantastic before-and-after shot of the Turks and Caicos Islands shows how the storm churned up the surrounding sands.

The eye of #Jose, may it veer north and east away from those so affected by Irma’s wrath already. pic.twitter.com/g6RtKGx2CD

Thanks to widespread evacuations and the gradual weakening of the storm, Irma’s wrath wasn’t as devastating as it could have been. Still, the storm is being blamed for at least five deaths at the moment, and an incredible amount of damage. It’s unclear at this point whether Jose will pose the same type of threat to the Bahamas, Cuba, and the US as Irma did, but meteorologists will be keeping an incredibly close on its development now that Irma has done the bulk of its damage.