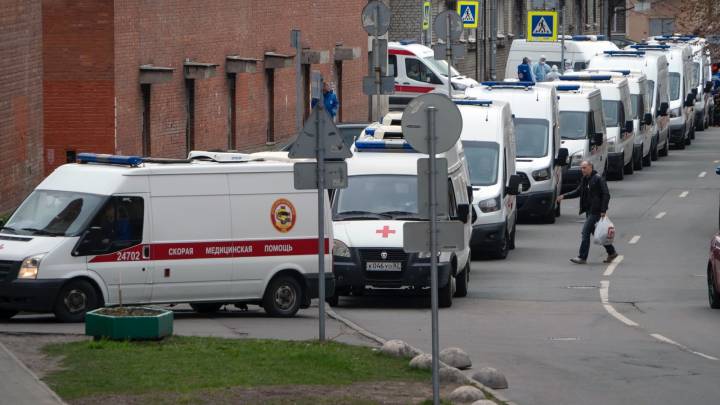 If ever there was a time to oppose vaccines with the same unfounded ferocity as some anti-vaxxers would do, it’s when you hear that a country is looking to start mass vaccinations against a novel pathogen before it even supplies any scientific evidence proving its vaccine is safe and effective. That’s precisely what’s going to happen later this year, as Russia just confirmed its COVID-19 vaccination plans. The country plans to immunize doctors and teachers sooner than any other nation, with a mass vaccination campaign set to start in October.

China said a few months ago that it might start using some of its vaccine candidates before the Phase 3 results are finalized. But China has at least published research covering early clinical trials for several experimental drugs. And those drugs showed the desired immune response, just like similar vaccines that are in the advanced testing stages in America in Europe. Some of the vaccines that are in Phase 3 of testing in the US could receive emergency use authorization later this year after Phase 3 trials are completed, and some categories of at-risk patients could be inoculated before the end of the year. But that will happen only if vaccines are found to be both effective and safe. Russia hasn’t published anything to show its vaccine candidate checks either of those two crucial boxes.

Reports a few days ago said that Russia would go ahead with the public vaccination campaign at the behest of the Kremlin. The move is not so much about fighting COVID-19 as it is about showing the world that Russia is a scientific power, those reports said.

Officials confirmed over the weekend that the country plans to start vaccinations much earlier than anyone would have expected. Health Minister Mikhail Murashko said clinical trials of the Gamaleya Institute vaccine candidate were complete, CNBC reports, citing RIA. The report claims that test results showed an immune response in all the subjects with no side effects or complications. Sure it did.

A Russia RDIF sovereign wealth fund spokesman told CNBC that the country has completed the early phases of trials and that a large-scale Phase 3 trial will start this month. The first phases of vaccine trials usually include fewer volunteers, as researchers test both the effectiveness and safety of the drug. But researchers also tend to share their findings with the global community, especially considering that we’re dealing with a pandemic. CNBC also notes that the World Health Organization confirmed that 26 vaccines are in trials around the world, with the Gamaleya Institute drug being listed as a Phase 1 trial. The WHO is yet to register Phase 2 or Phase 3 trials for the drug.

Dr. Anthony Fauci criticized vaccine efforts in Russia and China during a congressional hearing on Friday, even before Russian officials confirmed their plans to go forward with vaccine use outside the trial. “I do hope that the Chinese and the Russians are actually testing the vaccine before they are administering the vaccine to anyone,” Fauci said. “I do not believe that there will be vaccines, so far ahead of us, that we will have to depend on other countries to get us vaccines.”

The US government has invested billions of dollars with several drugmakers, including Moderna, AstraZeneca/Oxford, and Pfizer/BioNTech. The government has committed more than $4 billion so far, securing 300 million doses of Oxford vaccine and 100 million BioNtech doses. The drug purchases will be completed only if they clear Phase 3 trials.

It’s unclear whether Russia will try to sell its vaccine to other countries as part of its vaccine marketing push. But the drug will be met with resistance in other Western regions. The Telegraph reported that the UK is also not interested in the Russian vaccine, casting doubts over the trial process.

Russia was recently accused of hacking US companies in search of vaccine research. Other reports also said the country’s elite already received COVID-19 vaccines. Russian officials denied both of these reports.