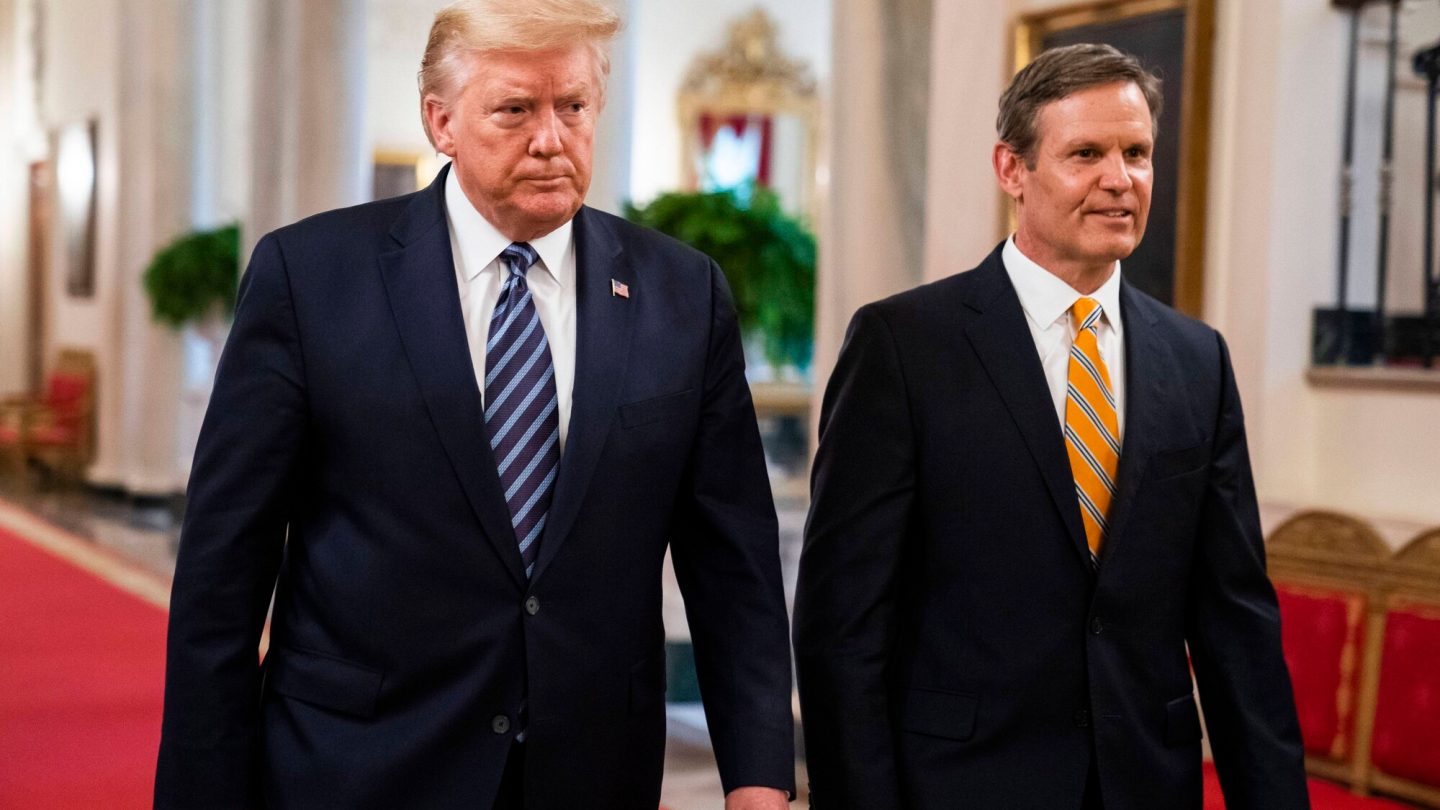 There’s a quote I’ve been thinking about a lot this week, as an explosion of coronavirus cases has helped turn my state of Tennessee into one of the worst during the pandemic. It’s a quote that comes from The Federalist Papers: “If men were angels, no government would be necessary.”

Grammatically, that maxim is just another way of affirming that men, in fact, are not angels, and, thus, that government is very much necessary. And if adequate governance is not necessary now, at a time of unprecedented collective peril, then when? For the reasons below, however, I’m sorry to say that one of the lingering realizations that will likely outlast the pandemic is how no one, absolutely no one whose salary is connected in any way to tax revenue, is coming to save us. And that a staggering level of incompetence and failure has been the only real constant, at all levels of government.

I’m including just about everyone — everyone at the local, state, and federal levels. Plus elected officials, bureaucrats, health department leaders, Republicans, Democrats, you name it. From where I sit here in Tennessee, they have all, every one of them, done everything they can to re-enact the role of the old man with the cane in HBO’s Chernobyl (“This is our moment to shine”). Conspiring to keep the people from, as the old man and his cronies saw it, “undermining the fruits of their own labor.”

As I type these words, for example, we here in Tennessee rank #1 in the US for coronavirus cases over the past week, according to data from the CDC.

A few hours ago, our state’s Republican Gov. Bill Lee delivered a video address. He reiterated the commitment he’s adhered to all year — he absolutely, steadfastly refuses to issue a face mask mandate. Gov. Lee’s defense of this stance is that he deeply cares about giving local officials room to make their own decisions in response to the pandemic. If they want to implement face mask mandates at the county level, fine.

But no sooner did he finish praising the idea of local control, then the governor turned around and decided that, well, in-person gatherings do need to be limited by him, all the way down to … wait for it … the local level. So, to recap — he respects local control too much to mandate the wearing of face masks statewide. But gatherings, sure, he’ll issue an order (appropriately) limiting those at the local level statewide.

By the way, Gov. Lee’s wife just tested positive for COVID-19 on Saturday.

Are you catching on yet?

Here, in my section of the state, strip clubs have been open for a few months. Which is to say, living here in what we are increasingly being told is one of the worst states in the US for coronavirus transmission has meant occupying a dystopia with an identity crisis.

The giant mall near my home is still open. Some of the stores inside are. Some aren’t. The regional cinema chain has reopened many of its local theaters here. Restaurants — some of them, at any rate — have been packed.

A few days ago, a popular radio deejay here where I live died of causes seemingly un-related to COVID. An ambulance had to take him some 100 miles away, across state lines, because there reportedly wasn’t an available hospital bed, which has sparked no small degree of chatter that this is a life-threatening scarcity here that’s being quietly swept under the rug.

"You're begging other hospitals. I can't tell you how frustrating that was. Heartbreaking, heart wrenching.”

Health experts long warned that more lives would be lost if ICU’s were overwhelmed with COVID-19 patients 💔https://t.co/PbKd5Kxyu6

Over the weekend, a “draft” of a new directive from my county’s health department was leaked to the local media. It seemed to foreshadow a wave of new shutdown measures to be implemented the week of Christmas — goodbye to in-restaurant dining again for a little while, and new limitations on when and where we can shop.

The local health department warned everyone the draft was leaked inappropriately, and that it was only a draft and not finalized. One online news outlet here called the shutdown measures envisioned by this order “dramatic,” and voila — the news coverage produced a run on groceries, and people packing into restaurants for one more hurrah ahead of an expected shutdown, creating the very superspreader-type events that these schizophrenic and arbitrary local guidelines ostensibly are trying to curb. (I say “arbitrary” because there is no scientific research that shows the coronavirus is any less virulent in a restaurant that’s, say, 25% occupied versus 50% occupied. Or only attacks restaurants at 10:01 p.m., or 9:01 p.m., or after whenever local authorities tell businesses to close early.)

An infectious disease expert here where I live, in Memphis, told Fox News recently that Tennessee is actually one of the worst states in the world for COVID transmission. Accordingly, all Apple stores in the state have re-closed. Meanwhile, at the federal level, leaders of both parties have finally, it would seem, come to an agreement on as of Sunday night a new stimulus bill — one that tens of millions of Americans have been waiting for since this summer. And finally, here it is, barely under the gun before 2020 has ended. Rejoice! We’re apparently getting new stimulus checks of … $600. Half of what the government saw fit to approve back in March, when the $2.2 trillion CARES Act included funding for $1,200 checks. I guess that means the crises people are facing are, at least, only half as bad now as they were earlier this year.

When you get down to it, this is actually a good example of the staggering rot in the American edifice right now — none of us want to do the hard thing.

How else to justify a stimulus bill that doesn’t even come close to helping people replace what they’ve lost?

How else to explain governmental laissez-faire that lets people decide for themselves how much of their normal life they’re willing to sacrifice right now?

As I type these words, I’m looking at an Associated Press headline about White House coronavirus response coordinator Dr. Deborah Birx, and an associated tweet from the AP, which reads as follows: “White House adviser Dr. Deborah Birx traveled with three generations of her family from two households after Thanksgiving. That was after she warned Americans to ‘be vigilant’ and limit celebrations to “your immediate household.”

Dr. Deborah Birx, the coordinator of the White House’s response to the pandemic, traveled to a family vacation home in Delaware the day after Thanksgiving, despite her own guidelines recommending that people avoid travel and large family gatherings https://t.co/DSV7MHXIyR

I’m not sure that I have a profound thought with which to link all this together, or some helpful meaning to draw from it all. Other than the fact that, as hyperbolic as it sounds, it is hard to be a sentient human being right now and not feel like everyone who should know better has simply lost their minds.

We live in a twilight world, to borrow a line from Christopher Nolan’s Tenet.

And no one is coming to save us.