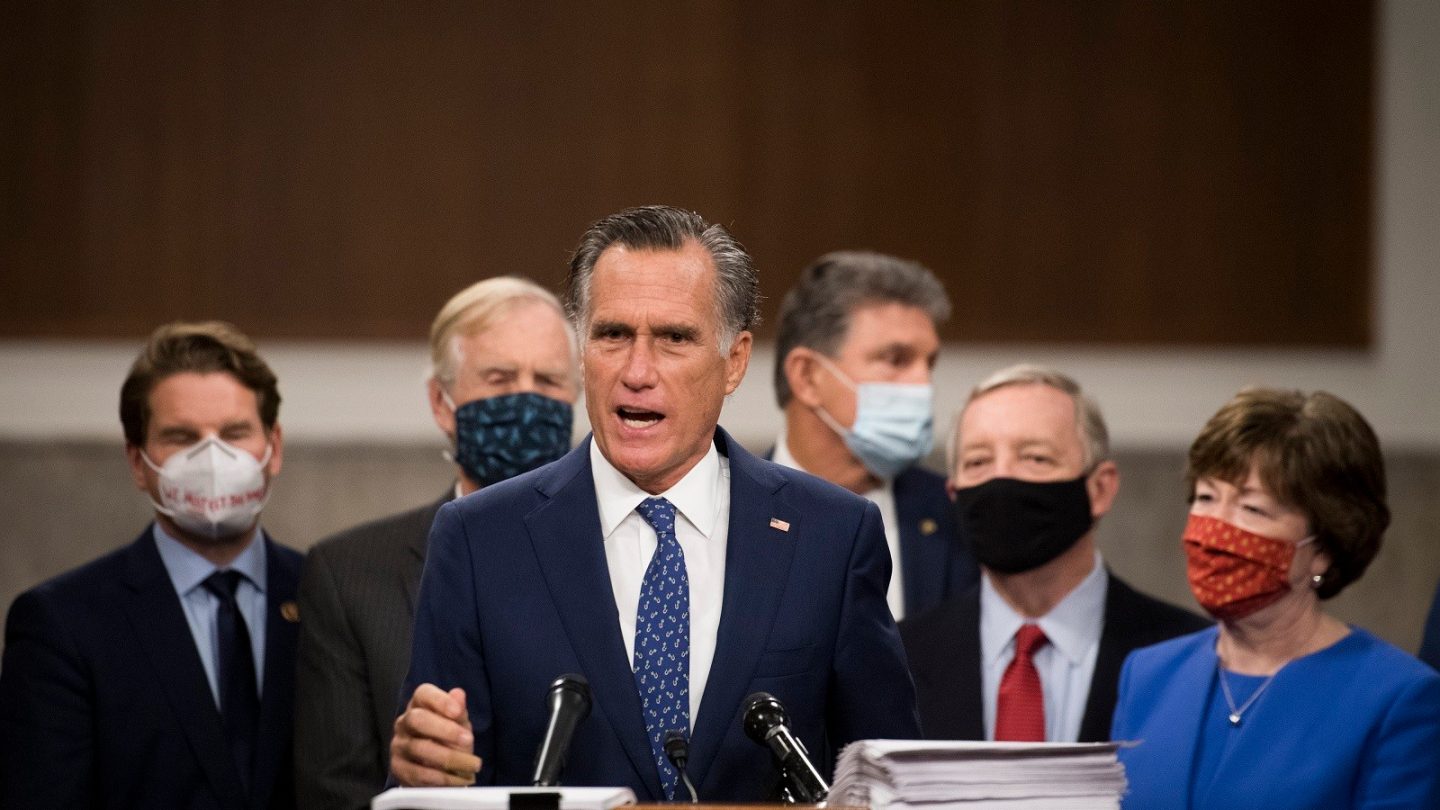 Nearly nine months after the Coronavirus Aid, Relief, and Economic Security (CARES) Act was passed by Congress and signed into law by President Donald Trump, another major stimulus package might finally be within reach. Senate Majority Leader Mitch McConnell has repeatedly insisted that lawmakers won’t leave the Capitol until they have come to an agreement, and he reiterated this point on Wednesday morning during a floor speech.

Early this month, a bipartisan group of senators proposed a $908 billion framework for a stimulus package that would have included vital aid for the unemployed, money for vaccine distribution, and funding for the PPP. It also would have provided billions of dollars in funding for state and local governments, which Republicans opposed, as well as liability protection for businesses from coronavirus lawsuits, which Democrats opposed.

In order to overcome these hurdles, Congressional leaders agreed to set aside both provisions in order to create a bill that would have the support of most Republicans and Democrats in the House and the Senate.

The biggest difference between the original bipartisan framework and the new stimulus package with a price tag of around $900 billion is the removal of the provisions described above and the addition of direct payments. The reason that the current package is expected to cost around the same amount of money as the initial proposal is that stimulus checks have made their way into the bill. Lawmakers have said that these checks could provide around $600 each; a significant dropoff from the $1,200 payments Americans received earlier this year.

McConnell’s stance on direct payments apparently softened due to the Georgia Senate runoff races, which will decide control of the legislative body for at least the next two years. “Kelly and David are getting hammered” on the issue of stimulus checks, the Majority Leader told his fellow GOP senators on a recent call, CNN reports.

Government funding expires at midnight on Friday, and both parties want to have a spending bill ready in order to avoid a shutdown. Congress wants to attach the stimulus package to the spending bill, and all 100 senators need to consent in order for a vote to be scheduled, which means that if anyone is dissatisfied with either the stimulus or the spending bill, they could object, forcing a temporary shutdown. As such, it is crucial for each and every senator to be on the same page before a vote is scheduled. If everything goes smoothly, a new stimulus package could be signed into law on Friday. Of course, it’s hard to imagine anything going smoothly with this Congress.

There are still a few sticking points in the current proposal. Senate Majority Whip John Thune told CNN that if a $90 billion fund to aid states and cities that would be administered by FEMA is “simply a way of disguising money for state and local governments, it will have a lot of opposition.” Meanwhile, Sen. Bernie Sanders (D-VT) is pleased that direct payments have been added after he and Sen. Josh Hawley (R-MO) fought for their inclusion, but he says that “it’s a good start” and has promised Americans that he’s “gonna continue to fight for more.”