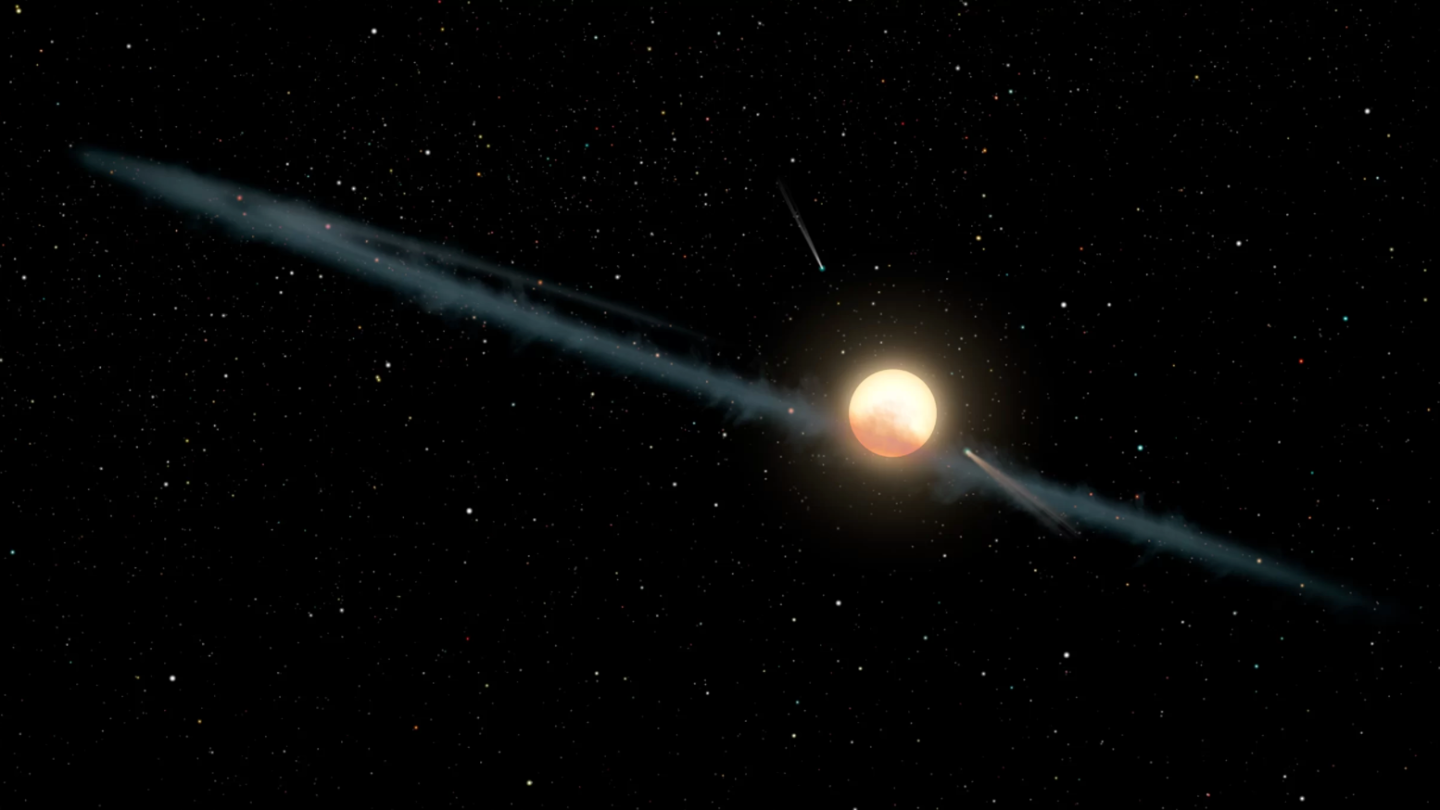 For a far-off star, KIC 8462852 sure has been getting a lot of attention recently. Earlier this year the star — which has been nicknamed “Tabby’s Star” after Tabetha Boyajian who first documented its bizarre behavior — began dipping in brightness with no obvious explanation. It wasn’t the first time the star’s light had sharply dropped, and astronomers have been keeping a close eye on it while theorizing why it kept acting so odd. Now, after additional observation, they’ve narrowed down the possibilities.

Typically when a distant star dips in brightness it’s because a planet or some other object has momentarily blocked its light from our view. That possibility has been ruled out for Tabby’s Star because of how much its brightness wanes when it begins to flicker. The star drops in brightness as much as 20 percent, and scientists say no planet could possibly be large enough to block that much of its light. That’s where the possibility of aliens comes in.

One particularly wild, now largely debunked theory is that an alien structure of some type is responsible for blocking the star’s light. It would have to be absolutely massive in size, but alien hunters on Earth thought the theory was interesting enough to dedicate some time to listen in the star’s direction for radio signals or some other sign that extraterrestrials were hanging out there. All they heard was silence.

With no suitable explanation, researchers launched a crowdfunding campaign to buy observation time at a private observatory. They paid over $100,000 for the privilege to study the star in closer detail and their observations were published in Astrophysical Journal Letters this week. The newest data has helped to narrow things down a bit, suggesting that there are really only a couple of plausible explanations for why the star keeps dipping.

The answer that seems the most likely is that a massive cloud of dust is circling the star, blocking out light at intervals. However, the dust remaining in a large cloud rather than dissipating or forming a ring is pretty odd, and scientists can’t figure out why it might do that. On top of that, the amount of dust needed should be more than the star could have churned out, which is another mystery.