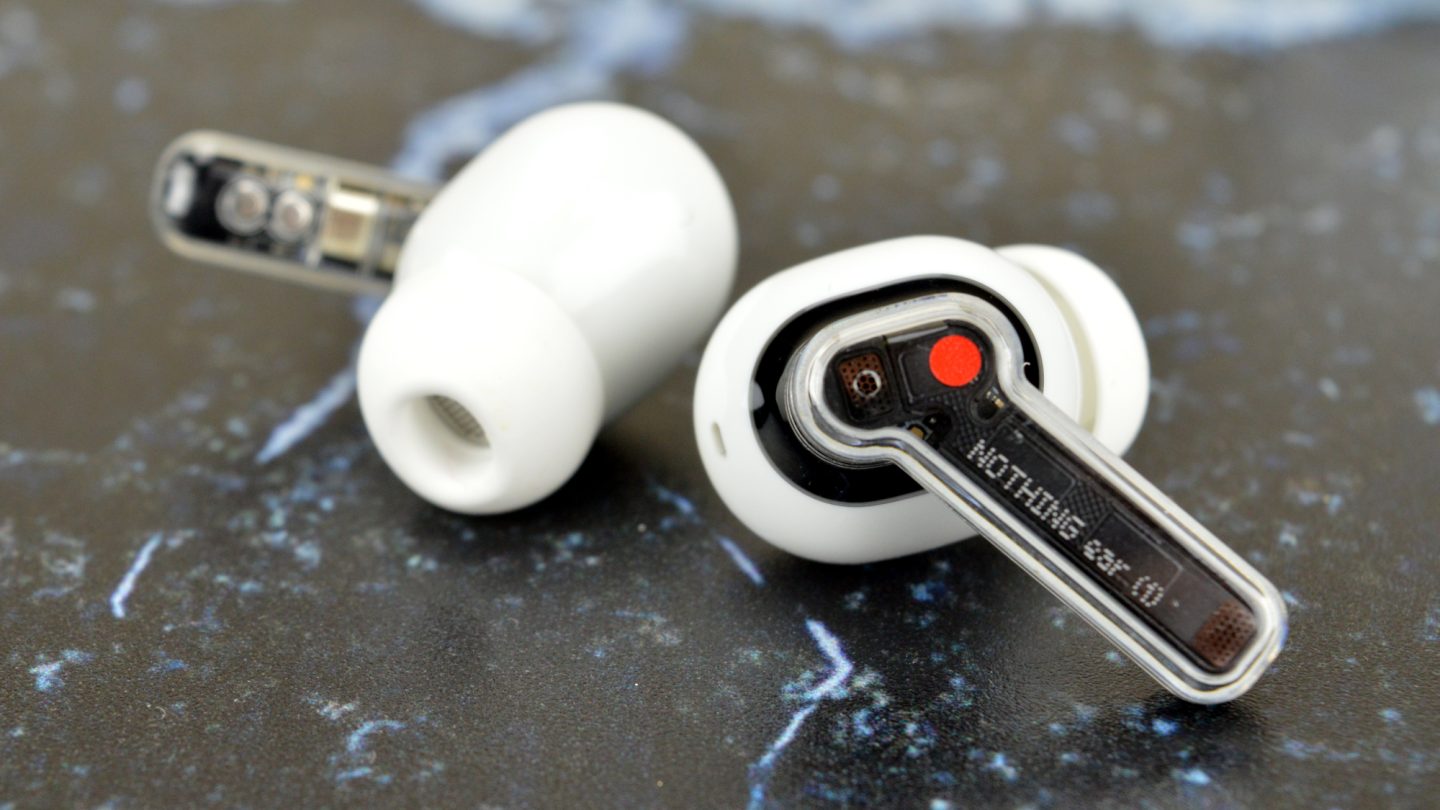 Ever since OnePlus co-founder Carl Pei left the smartphone outfit, the launch of his new company, Nothing, was hotly anticipated. With investments from the likes of iPod inventor Tony Fadell, Reddit CEO Steve Huffman, and even Casey Neistat, the company has a lot going for it. Hence the interest around its first product, the Nothing Ear (1) wireless earbuds.

Of course, the world is saturated with true wireless earbuds. Ultimately, Nothing will likely launch more smart products in the near future. But in the meantime, how do the Nothing Ear (1) earbuds perform? I’ve been testing them to find out. 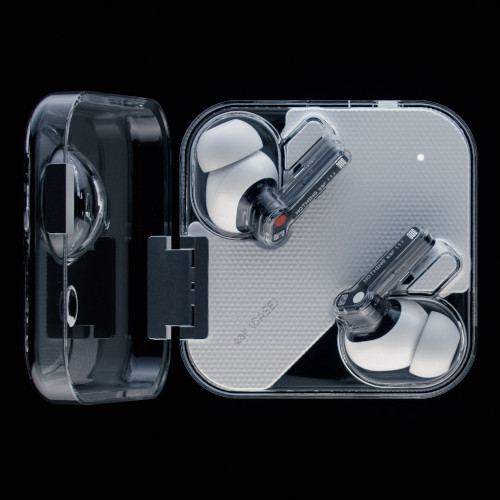 Nothing Ear (1) True Wireless Earbuds $99 Available from a partner

One of the most unique things about the Nothing Ear (1) earbuds is their look. The earbuds aren’t necessarily shaped differently than other buds, but they have a clear stem that allows you to see the insides, including the voice, ANC, and other sensors. It’s a cool touch — and sets the earbuds apart from the competition. Each bud also has a dot on the stem — with red indicating the right bud, and white indicating the left.

The see-through concept extends to the charging case, but you won’t see the case’s internals. Instead, you can see through the lid and to the earbuds themselves when they’re in the case. The case isn’t overly large, though it is bigger than the case from the likes of Apple. It does feel relatively premium though — everything from the magnets, to the dimple in the case for holding the buds helps make for a better experience.

Each bud also has a touch surface for controls, and they work well, though you’ll have to dedicate a few minutes to learning them. You can swipe up or down on either bud to change the volume, or tap and hold to change noise cancellation modes. And, you can double-tap to play and pause. I generally don’t love touch controls — tapping on earbuds is a little loud in the ears. But as far as touch controls go, these worked well.

I don’t necessarily buy that giving the stems a see-through look gives them a radically different design to the competition. But I still like the way they look.

Nothing Ear (1) earbuds features and battery

The Nothing Ear (1) earbuds offer a number of features that help make them better than some of the competition, especially in this price range. Perhaps the most important is noise cancellation and a transparency mode, which is usually reserved for more expensive buds. We’ll get into how those features sound a little later.

The Ear (1) buds also work with an accompanying app, and while early reviews indicated that the app was a little buggy, I haven’t had any issues with it. The app offers a retro design with easy-to-use controls. On the home page, you’ll get a visual view of the buds with their respective battery life. Through the “Hear” and “Touch” buttons, you can then tweak noise cancellation and touch controls. There’s also a hamburger menu to pair new devices and change to the Dark Theme, and a settings menu that lets you turn on and off ear detection, and access other features.

For example, the earbuds have a “Find My Earbud” feature that basically plays a loud sound through the buds to help you find them. It could definitely help when the buds are nearby — for example, behind a couch cushion. But don’t expect to be able to find them at further distances.

The battery life on the earbuds is middle of the road. You’ll get four hours of use with ANC enabled, and almost six hours without. With the charging case, you’ll get a total of 34 hours of battery, which isn’t bad. I wish you could use the buds for longer at once, but for most people, the battery life should still be long enough.

One of my favorite things about the Nothing Ear (1) earbuds is their comfort level. In my experience, the buds easily slot into the ears, and almost never felt like they were about to fall out. That’s good news for those who want to use their buds in day-to-day use.

Really, I have no complaints about the comfort level of the Nothing Ear (1) earbuds. They’re still not necessarily the best for sports, though they will stay firmly in your ears during light to medium activity. And, like any in-ear headphones, they may get uncomfortable after hours of use. But under normal conditions, most should be perfectly happy.

So, the Nothing Ear (1) earbuds offer a nice design, good feature-set, and a comfortable fit. But how do they sound? Well, thankfully, they sound pretty great — and you can tweak the EQ in the app to match your preferences, though you’ll have to choose from a few presets.

The bass response, for starters, is relatively deep and powerful. With the Balanced EQ setting, it’s not overbearing, like some consumer headphones can be. Instead, it’s relatively natural, without sound weak.

The mids on offer here also sound relatively natural. You’ll get well-tuned low mids that don’t ever feel muddy, and enough high mids to ensure that vocals, guitars, and synths have enough body without sounding cheap.

I was particularly impressed by the high-end response from the headphones. They’re relatively detailed and clear, ensuring that cymbals sound crisp, while vocals have enough sibilance to sound natural. That’s good news considering the price point of these headphones.

The noise cancellation tech on offer here is fine. It doesn’t reach the heights of the AirPods Pro or Sony WF-1000XM4 headphones, but at this price, you wouldn’t necessarily expect it to. It can still cut some outside noise, which is helpful. As mentioned, the headphones also have a transparency mode, and again, it’s fine. It’ll allow you to hear some of what’s going on around you, but it doesn’t necessarily sound very natural, and there is a background hiss. Still, it’s nice that the headphones have these features in the first place.

There are plenty of options in this price range, but none quite as impressive as the Nothing Ear (1) earbuds. If you have a budget of $100, these are the headphones you should get. If, however, your budget is higher (much higher), it’s worth considering the Sony WF-1000XM4 earbuds, or AirPods Pro if you’re an Apple user.

Should I buy the Nothing Ear (1) earbuds?

Yes. These are the best true wireless headphones in their price range.

Nothing Ear (1) True Wireless Earbuds $99 Available from a partner