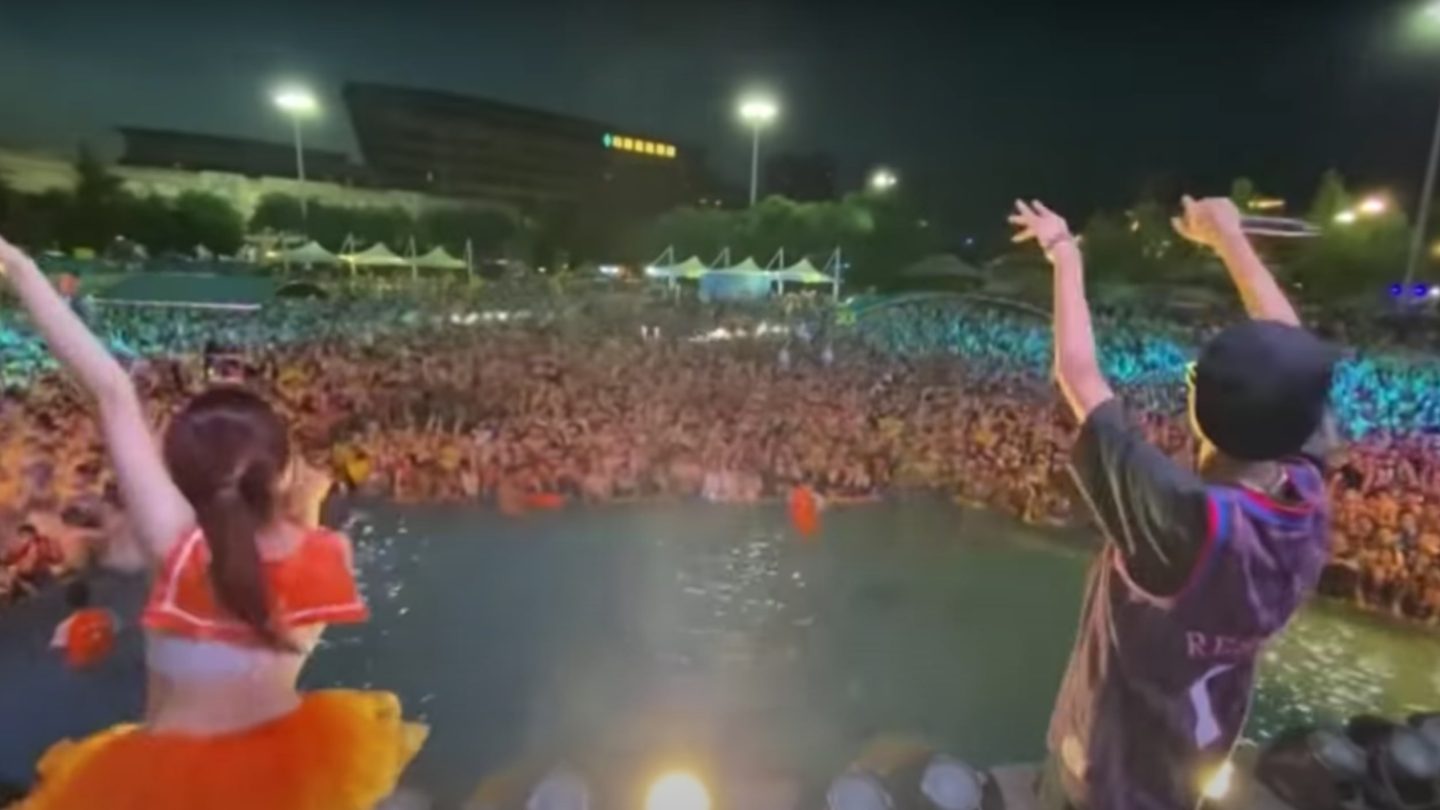 The central Chinese city that’s been referred to as ground zero of the coronavirus pandemic is now partying like its 2019.

Photos and video captured at a Wuhan water park in recent days depict a scene that would be unthinkable pretty much anywhere else in the world right now, with the pool party including a massive crowd of revelers seemingly shoulder-to-shoulder and with no face masks in sight. There’s a DJ on hand, too, giving the whole thing the atmosphere of an outdoors EDM festival that wouldn’t be out of place in a party city like, say, Las Vegas — prior to, of course, the COVID-19 virus that researchers at Johns Hopkins University say has sickened almost 22 million people around the world and killed some 775,000.

According to news organizations including CNN, the pictures and video you see below were taken at Wuhan Maya Beach Water Park, at a massive party over the weekend in the Chinese city of some 11 million people. It’s a dramatic reversal from the strict 76-day lockdown that was lifted there in April — and, moreover, Wuhan hasn’t reported any new coronavirus cases since May.

The party at the Wuhan water park was so packed that revelers, some of whom could be seen relaxing on rubber tubes, that they had little room to move around.

VIDEO: 🇨🇳 Crowds packed out a water park over the weekend in the central Chinese city of #Wuhan, where the #coronavirus first emerged late last year, keen to party as the city edges back to normal life pic.twitter.com/SJFBmx5sU8

Even so, the Wuhan park’s attendance is still way down from where things stood at the same point in 2019. That’s according to Hubei Daily, a local newspaper and mouthpiece for the Communist Party, which cites a manager at the park. Nevertheless, the park is getting 15,000 daily visitors on the weekend, on average, right now.

Check out our earlier report here of how horrible conditions were in Wuhan at the height of the pandemic there.

On a related note, Dr. Deborah Birx — the White House’s coronavirus response coordinator — made comments to reporters on Monday in which she longed for a US lockdown to fight the coronavirus that would have been similarly intense. She was specifically bemoaning the fact that, as she sees it, the US cut too many corners in the months of lockdowns across the country earlier this year (which, nevertheless, resulted in extraordinarily bad consequences including millions of job losses and a battered economy that will need years to recover).

“I wish that when we went into lockdown, we looked like Italy,” Birx said. “When Italy locked down, I mean, people weren’t allowed out of their houses, they couldn’t come out but once every two weeks to buy groceries for one hour and they had to have a certificate that said they were allowed. Americans don’t react well to that kind of prohibition.”