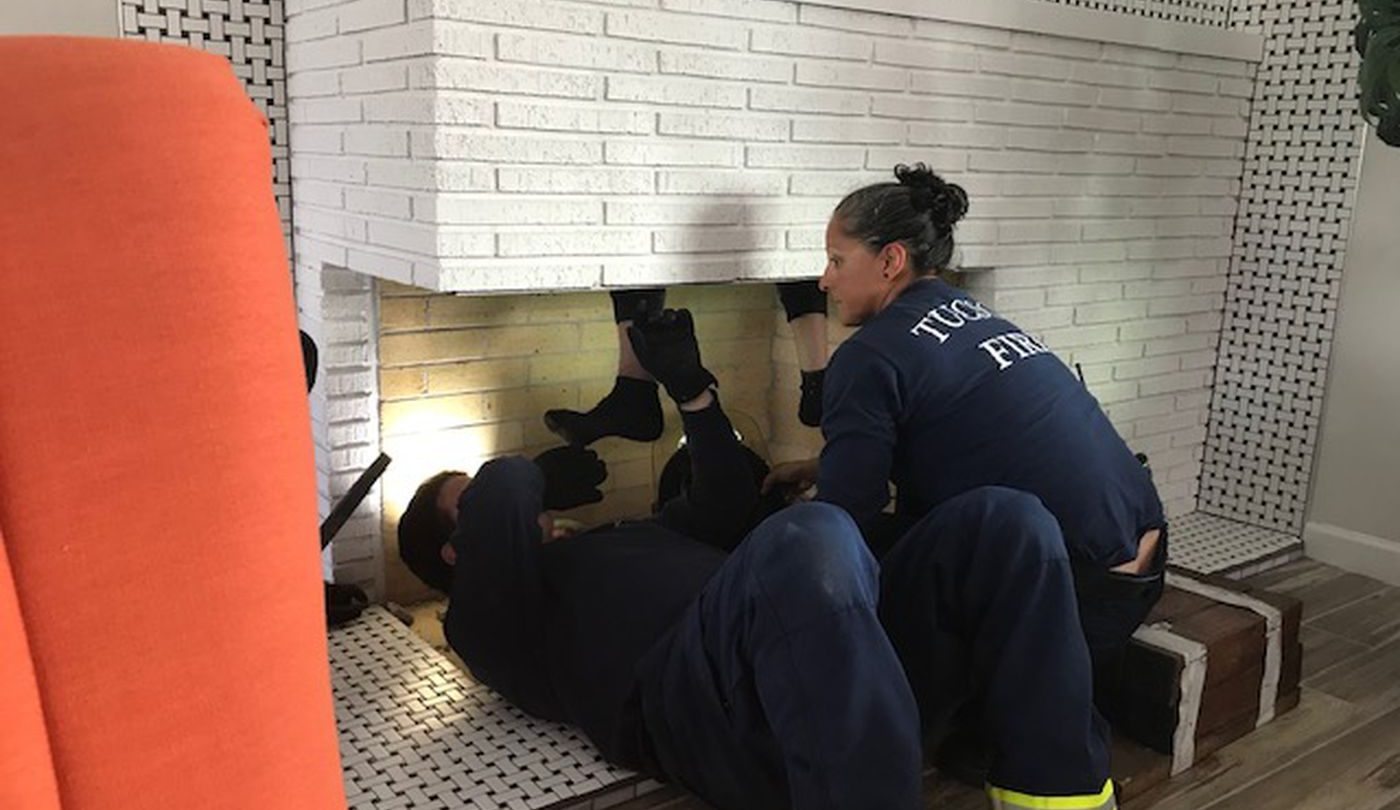 When neighbors heard screams coming from a vacant house in a neighborhood in Tuscon, Arizona, last Friday, they weren’t sure what to expect. A man’s voice pleading for help led witnesses to call 911, prompting a visit from the police who entered the home and found a man in his mid-30s dangling helplessly from the inside of the home’s chimney.

According to a report from local news outlet KGUN, the man wasn’t the homeowner, but rather a vandal who had apparently attempted to enter the home without anyone knowing. Somehow, the story gets even more bizarre.

After firefighters used a “rescue ring” and a rope to yank the man from the chimney, they quickly realized that not only was he attempting to break into the home, but he was also carrying illegal drugs with him.

The man reportedly told police that he had been stuck in the chimney “for several hours.” A combination of pushing the man from below and yanking him from above was required in order to free the man.

The report doesn’t get into the specifics of which drugs the man was carrying, but it does note that the individual already had outstanding warrants. The man was taken into custody by the responding officers, though his trip down the chimney didn’t result in any injuries.

As of today’s reports, the police haven’t revealed what charges the man might face, but trespassing and possession of illegal substances would seem like no-brainers. Let this be a lesson to all you chimney-divers: It’s not worth it!