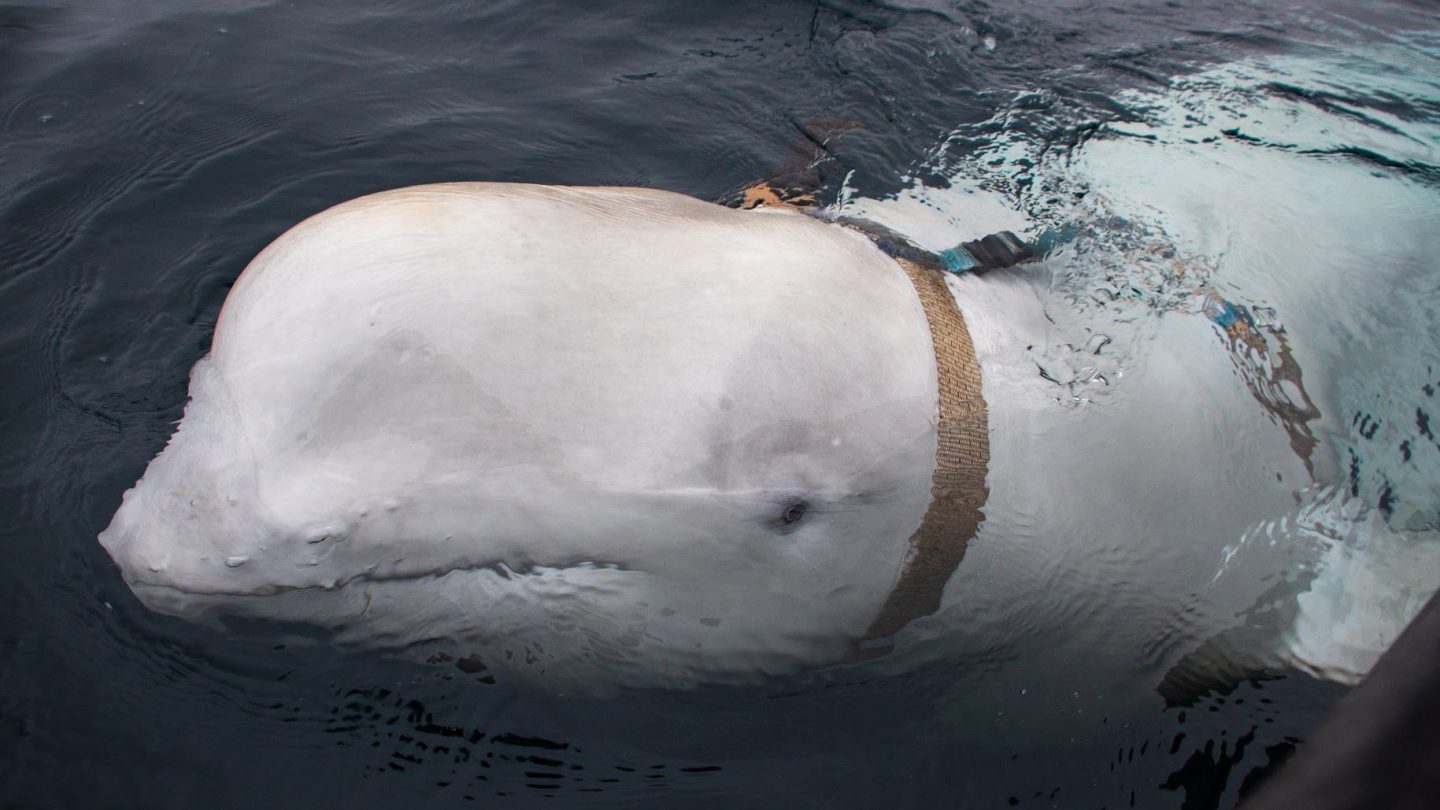 Russia may be resorting to more unconventional methods of espionage these days, dragooning Mother Nature into helping the country extend its spying capabilities. That’s what Norway officials think, at any rate, after the capture of a Beluga whale that was wearing a strange Russian harness — presumably that a GoPro could fit into — that didn’t seem to be related to scientific work.

Norwegian fisherman came across the whale off Norway’s northern coast last week, according to local news reports. The whale seemed unusually tame and relaxed around humans, with Norwegian officials ultimately concluding — there may be a somewhat nefarious reason for that. The reason being, the whale has spent a lot of time around elements of the Russian military.

A BBC report quotes a Norwegian biologist who explained that the harness — which was found to be wrapped tight around the whale’s head and included a pouch to hold a GoPro camera — was not something that Russian scientists would typically use. The biologist, professor Audun Rikardsen, said he’d been told that by a Russian colleague. Also raising a red flag — the fact that Russia has a naval base in the area where the whale was found.

“A Russian colleague said they don’t do such experiments, but she knows the navy has caught belugas for some years and trained them — most likely it’s related to that,” Rikardsen said.

Once the whale approached Norwegians who were able to get the harness off, they saw that it read: “Equipment of St. Petersburg.” Which is what a Russian reserve colonel appeared to be referring to when he was interviewed by a Russian broadcaster about the find and downplayed the implication from Norway — without denying it outright.

Per the BBC, Col. Viktor Baranets told Russian broadcaster Govorit Moskva: “If we were using this animal for spying, do you really think we’d attach a mobile phone number with the message ‘please call this number’?

“We have military dolphins for combat roles, we don’t cover that up,” he continued. “In Sevastopol (in Crimea) we have a center for military dolphins, trained to solve various tasks, from analyzing the seabed to protecting a stretch of water, killing foreign divers (and) attaching mines to the hulls of foreign ships.”