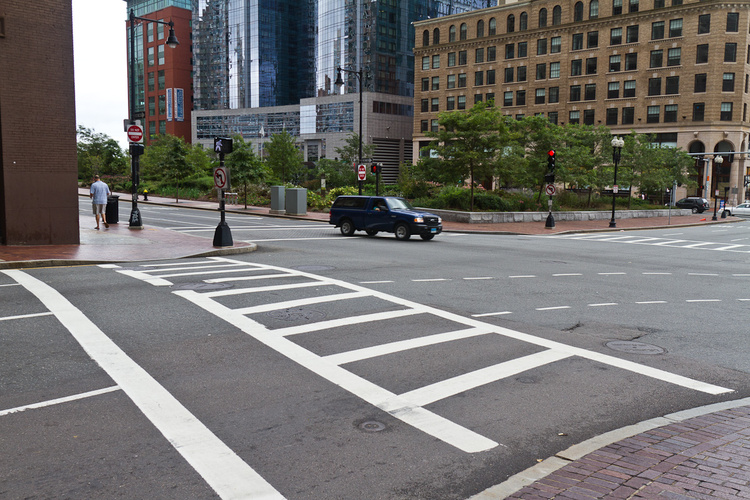 You’ve probably witnessed them too, drivers who completely ignore crosswalks and don’t even slow down as they approach them. But if these optical illusion crosswalks catch on, the chances are that crossing the street will be even safer. The smart concepts in the following images are meant to fool drivers into thinking there’s a roadblock ahead, and make them slow down when approaching a pedestrian crossing.

Developed by two mother-and-daughter artists from Gujarat, India, and painted on a highway in Ahmedabad, the crosswalk in the picture below looks like a roadblock when seen from the distance.

It’s unclear at what distance the crosswalk starts looking like a 3D object, but the artists say that it’s far enough to prevent panicked braking, as Wired explains.

But this technique isn’t only used in India, Architect’s Newspaper reports. Chinese authorities have also taken advantage of similar optical illusions to create 3D crosswalks (see image below). Instead of creating virtual roadblocks like in India, Chinese artists came up with “floating” 3D crossings, which appear to be levitating above the street when seen from a distance.

“We want the new crosswalk to become a real safety belt for pedestrians and vehicles,” a traffic police spokesman from Taizhou, China said.

Of course, while drivers could quickly get used to 3D crossings and remember their locations, the eye can still be fooled rather easily with the help of these designs. It’s likely that drivers would still slow down to avoid a 3D object before the brain fully processes what a person is seeing.

It’s not clear how successful these crosswalk designs are at preventing injuries, but authorities in Ahmedabad are apparently satisfied with the results.