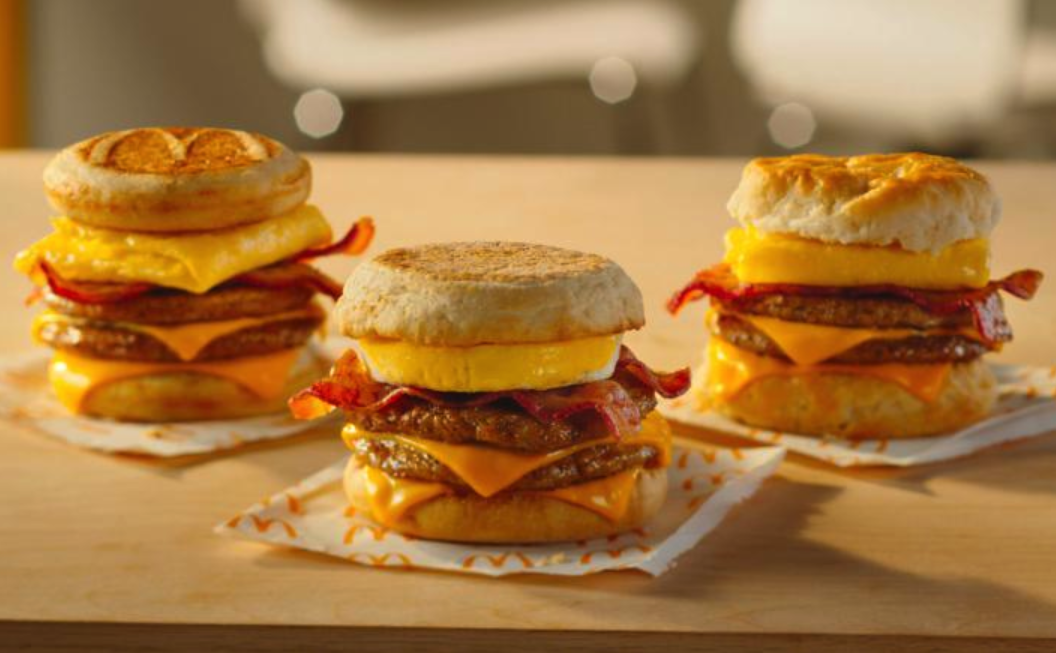 McDonald’s has long been the king of fast food breakfast, but there’s no denying that its menu has grown a wee bit stale over the years. The last major shakeup to the McDonald’s breakfast menu was the introduction of the McGriddles, which debuted way back in 2003.

Now, the company is finally cranking things up a notch with the addition of three new sandwiches that it hopes will breathe a bit of life into its early morning business. Well, “new” might be a bit of an overstatement, as the three new “Breakfast Triple Stacks” are actually just bigger versions of sandwiches that have been part of the menu for years.

The sandwiches are inspired by people who custom-order oversized breakfast sandwiches, which McDonald’s says happens quite a bit. The new triple stacks come as either a biscuit, english muffin, or McGriddles sandwich, but the inside is where things get interesting. The stacks feature double sausage patties, egg, bacon, and multiple layers of cheese.

As CNN reports, the company admitted in a recent earnings call that its breakfast business has been stumbling a bit, especially in the fact of competition from other fast food brands. Taco Bell recently started serving breakfast, and companies like Dunkin’ Donuts and Starbucks are also relative newcomers offering breakfast sandwiches of their own.

It’s obviously far too early to tell whether these new offerings will do anything to tip the scales but anyone who lives by the “bigger is better” mantra will probably enjoy them.

The triple stack sandwiches aren’t available just yet, but McDonald’s says they’re coming very soon. The company has targeted a November 1st launch date for the new menu items, but as always it’ll be up to individual McDonald’s locations to adopt them.