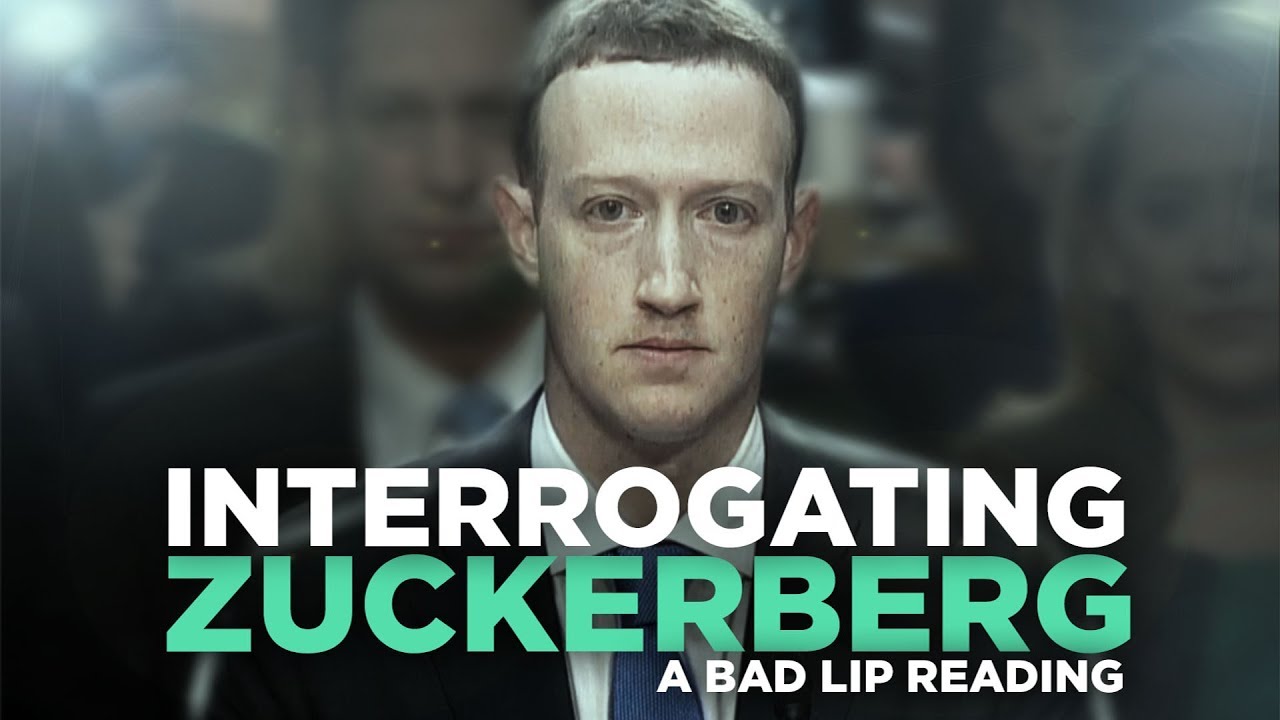 Earlier this month, Mark Zuckerberg completed Step 7 of the Tech Company Scandal Apology Tour by trekking to Capitol Hill to be interrogated by lawmakers. The public spectacle was mostly embarrassing for both sides, since Zuckerberg’s lack of human emotions were put on display, and the lawmakers proved once again that they have no idea what the interweb is or how it works.

But even better than watching that particular trainwreck is watching what can be done when you literally put words in people’s mouths. The Bad Lip Reading YouTube channel did just that, and the five-minute long video is everything you’d hope it would be.

The makers stayed impressively true to its origins. Zuckerberg is given a lot of very brusque one-line answers, while the senators mostly babble about things they don’t understand, while Lindsey Graham tries and fails to suck up to the Facebook founder. Some highlights:

I swear, it’s like he’s got a mask on

Listen kid, blink if you’re not a lamp
We’d like you to make a little smile just to show that you can
Oh, good heavens, that’s just horrible.
Stop that son!

For the rest of the day, will you not do that please?

Or this excellent interaction:

Can we be friends later?
No, I mean, we probably shouldn’t
Would you say that if I lived in a treehouse? I doubt it
Have you ever smelled a girl’s feet?
Cuz I imagine you and me could be doing that at some point
No
What’s the problem, little friend?
Don’t try to get in my Porsche again
But I really like you!

The full video is well worth the watch.