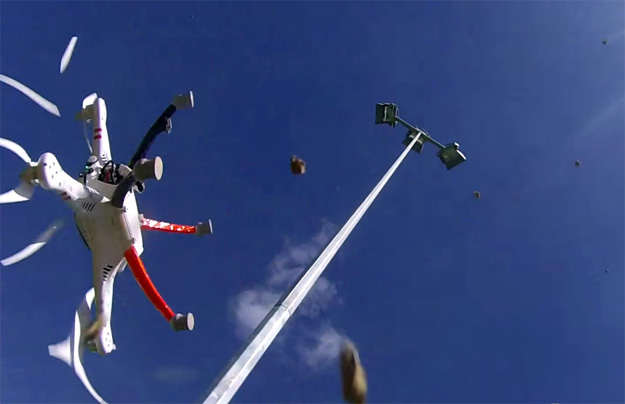 Drones are absolutely among the hottest Christmas gifts of the year in 2015, though they’re more accurately known as “quadcopters” since they’re not really drones at all. But rather than argue over semantics, let’s enjoy a fantastic 27-minute video compilation packed with some of the greatest drone fails that have ever been caught on camera.

A whole lot of people are unwrapping shiny new drones on Christmas Day, and many of those people probably think their first flights are going to go something like this:

Sadly for them and hilariously for us, they’re more likely to go something like this:

Here’s an idea: instead of unwrapping your drone and immediately trying to do a bunch of crazy stunts, how about you take things slow, get the hang of it, and watch the drone crash compilation video below rather than smashing your brand new drone to bits. Someone took a lot of time and potentially spent a lot of money getting you that fancy new drone for Christmas, so you should at least try to wait a few hours before you crash it into a wall or a tree.

The 27-minute compilation video is embedded below.