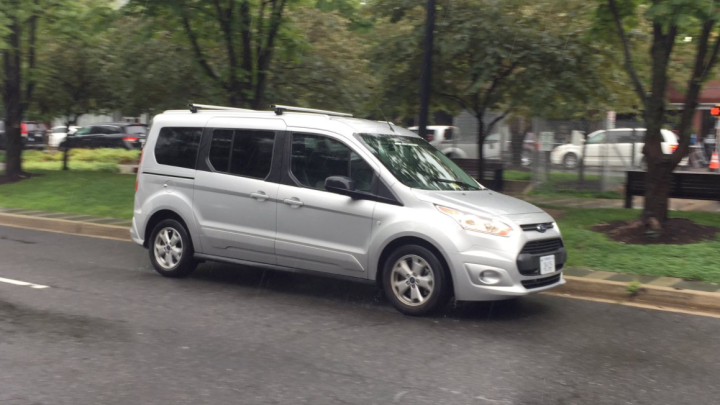 Autonomous vehicle technology is pushing forward at a brisk pace, but we’re still not to a point where driverless cars can be universally trusted. Cruising along a city street and noticing that the van in your rear-view mirror has no driver might cause you a bit of anxiety, so when Arlington, Virginia, residents began reporting a silver van navigating their neighborhoods with no driver, people naturally wanted to know what exactly what going on. As it turns out, the situation was much more absurd than they could have possibly imagined.

The van in question did in fact have a driver, but you’d never be able to tell from a glance because the man behind the wheel dressed himself up to look like a car seat. Yes, you read that correctly.

Here's me trying to talk to a man in a car seat costume @nbcwashington pic.twitter.com/e5humOM7uS

With his upper body and head covered in vinyl that matched the rest of the car’s interior, the driver was able to essentially disappear. His little trick was only revealed when an ambitious local reporter spotted the van and ran up to the window, revealing the legs and arms protruding from beneath this disguise.

The prankster went to great lengths to make the van appear to be piloted by a computer. A light bar and LEDs were installed just behind the windshield that appeared to sync up with stop lights and signs, blinking whenever the vehicle stopped and then shutting off as it began moving again.

It’s still unclear exactly why the man decided to go to such great lengths to pull off his driverless car prank, but it most definitely worked.