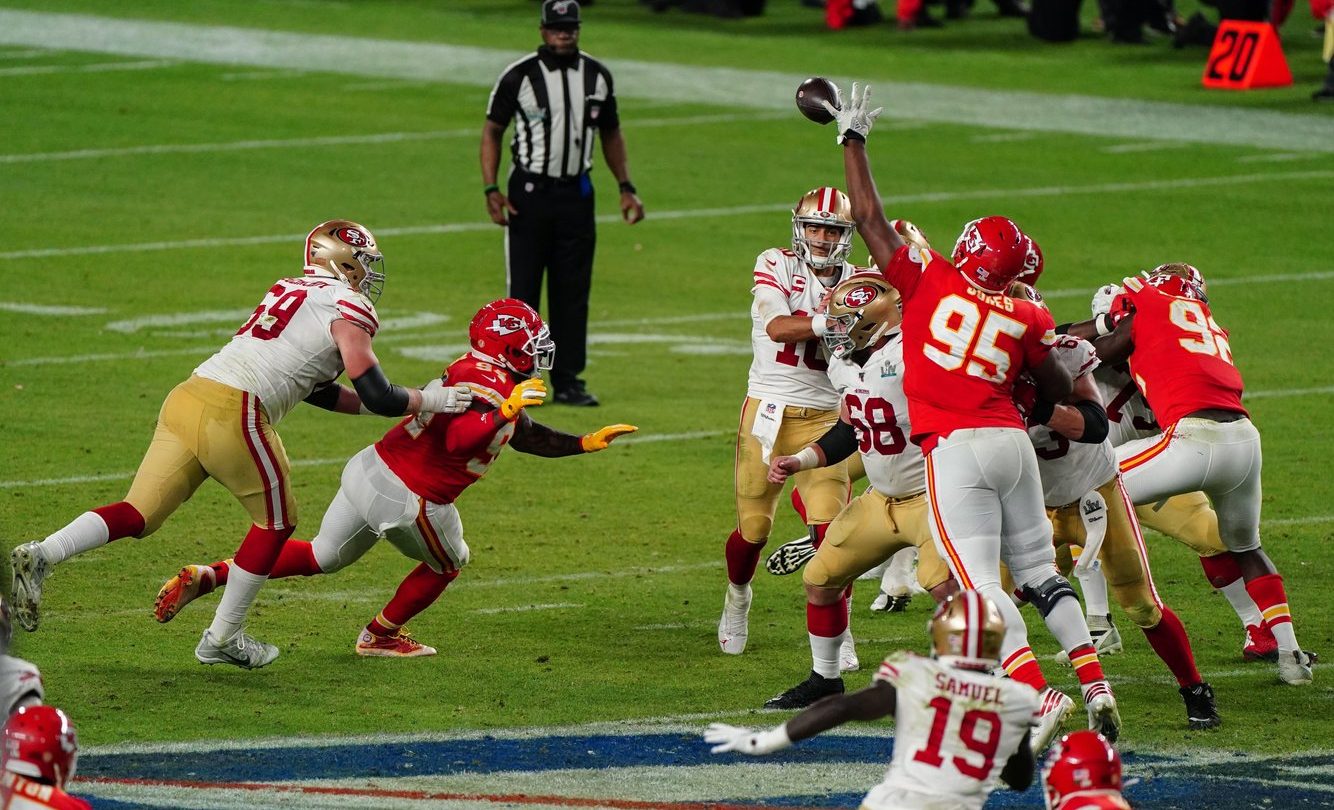 Nobody in the stadium realized it at the time, but while the San Francisco 49ers were in the process of losing the Super Bowl to the Kansas City Chiefs in Miami back in February, doctors were in the process of setting up a COVID-19 operations center at the University of California-San Francisco. That’s according to a new report which notes that the first confirmed coronavirus cases had started to show up in the Bay Area while the rest of the country was focused on the big game. So what does that have to do with the Super Bowl?

If the 49ers had won the game, there would have been a championship parade in San Francisco. That parade would have drawn tens of thousands of people, and would have taken place just as the coronavirus outbreak was poised to explode around the US. Turns out, that defeat probably saved countless lives.

If that sounds like someone just grasping at a gigantic, football-shaped straw, well, it’s actually doctors and researchers who are starting to say this. For example, UCSF Professor of Medicine Niraj Sehgal:

UCSF Professor of Medicine Niraj Sehgal describes how the #49ers losing in Super Bowl LIV might have saved lives during coronavirus outbreak:

"Had the 49ers won and there were parades and parties at that time, that may have had impact that I haven't seen actually described." pic.twitter.com/J5AiR28Mw6

A piece in The Wall Street Journal on Tuesday set off this discussion, which notes that although Kansas City did host a championship celebration, it wasn’t to the scale of what would have taken place in San Francisco. Nor has Kansas City been as much of a coronavirus hotspot as San Francisco.

“It may go down in the annals as being a brutal sports loss, but one that may have saved lives,” UCSF department of medicine chairman Dr. Bob Wachter told the WSJ. “It would not have taken much spread in early February for the thing to have gotten way out of hand. That would’ve been enough to light the fire.”

According to local officials, San Francisco was one of the first places in the US where person-to-person transmission of the virus took place, and the first case was actually reported in the area at the end of January. To get a sense of how different things could have gone, there were more than 5,000 confirmed cases of the coronavirus in the Bay Area as of April 12. That’s per the local NBC news affiliate, which just goes to show you how the figures could have been exponentially bigger if it had started with the spread of the virus occurring as a result of a massive parade.