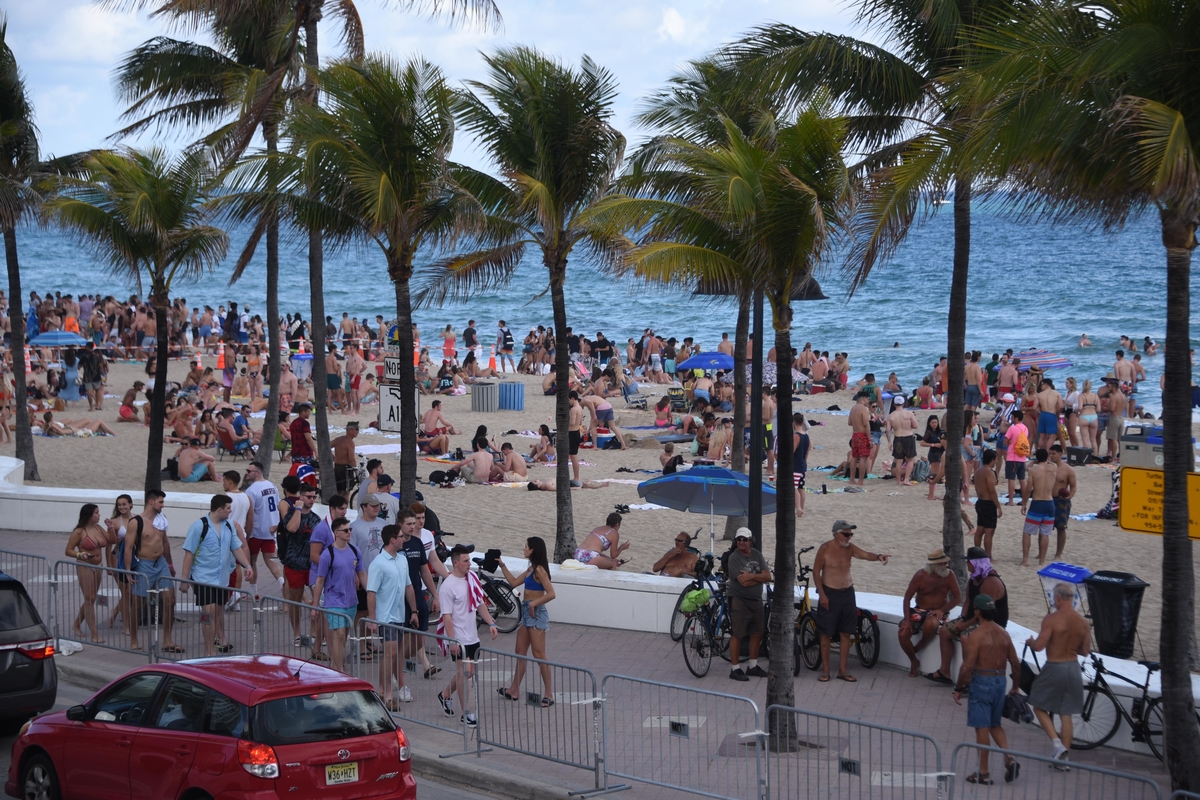 One of the most frustrating images associated with the ongoing coronavirus pandemic has been that of spring break parties in Florida enjoying the surf and sun in defiance of warnings from health care experts and public officials that these idiots need to stop congregating en masse in public settings.

Thankfully, that message has begun to sink in — at least for some of them. Maybe it has to do with the fact that as of Thursday evening, the number of confirmed coronavirus cases in the US was approaching 86,000, according to the latest numbers from Johns Hopkins University. Or perhaps it’s because young people eventually realized they’re more vulnerable to the virus than they may have thought at first. Nevertheless, if you want to get a visual picture of why the entire nation was practically screaming at all those spring breakers to get off the beach a week or so ago, check out this time-lapse look at cell phone data that might make you pretty angry.

Click play below, and you’ll see an analysis of anonymized location data (via Tectonix and X-Mode Social) from mobile devices that were active at a Fort Lauderdale beach over spring break. For the real fun, fast-forward to about the 48-second mark. You’ll see the signals from mobile devices at that beach highlighted, and then we pull all the way out until around the 1:04-mark — when you can now see that those devices that were once confined to a Florida beach have now dispersed far from Florida, all along the Eastern seaboard, into the Midwest and beyond.

Want to see the true potential impact of ignoring social distancing? Through a partnership with @xmodesocial, we analyzed secondary locations of anonymized mobile devices that were active at a single Ft. Lauderdale beach during spring break. This is where they went across the US: pic.twitter.com/3A3ePn9Vin

Florida, fortunately, has not fared as badly as New York or California in this crisis, but that’s not to dismiss what people there have gone through. According to media reports, as of Thursday night there were almost 2,500 cases in the state, and 29 people have died. That number of cases, by the way, has grown by about 1,250 since the start of this week. Hard to say if those numbers were exacerbated by the large groups of spring breakers who ignored the warnings longer than public officials would have liked, but you can’t help wondering.