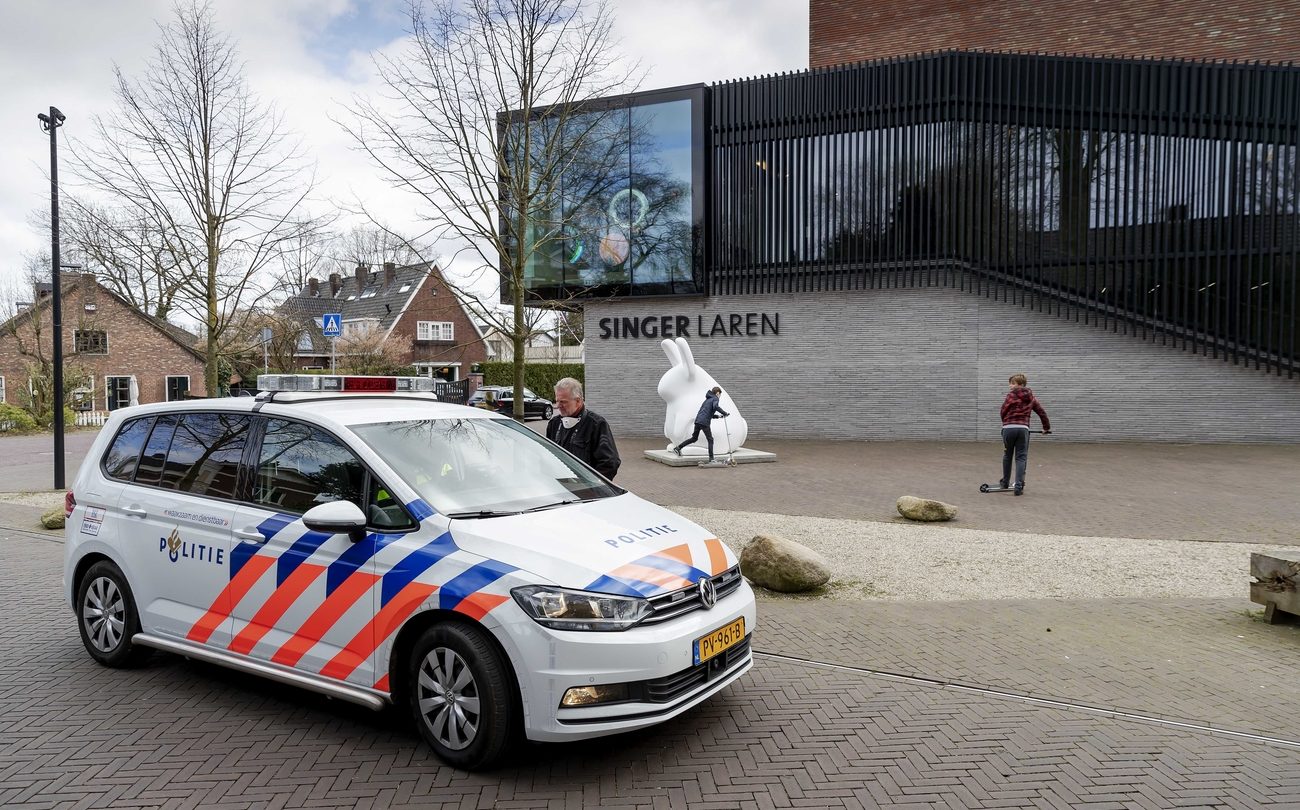 A brazen overnight art heist in The Netherlands involving a stolen Vincent Van Gogh masterpiece sounds so perfectly timed that it could have been pulled off by Danny Ocean and his fictional crew of thieves from the Ocean’s Eleven movie franchise.

The “smash-and-grab” raid, as officials have described it, occurred at the Singer Lauren museum near Amsterdam and involved the theft of Van Gogh’s The Parsonage Garden at Nuenen in Spring 1884. What made the thieves feel emboldened enough to pull off their heist? The museum was closed as a result of the spread of the novel coronavirus.

It happened in the early morning hours on Monday, and by afternoon local time a large white panel covered the door where the thieves apparently broke into the museum, which has a glass facade.

“I’m shocked and unbelievably annoyed that this has happened,” said museum director Jan Rudolph de Lorm about the theft, which police are investigating.

According to the Associated Press, it wasn’t immediately known how much this stolen painting which had been on loan from the Groninger Museum in the Dutch city of Groningen was worth. However, when Van Gogh’s works go on sale, they frequently go for millions of dollars. “Angry, shocked, sad” is how museum general director Evert van Os described feeling about the theft from the museum, which hosts an art collection from American couple William and Anna Singer.

“It is horrible for all of us,” de Lorm said, “because art is there to be seen and shared by all of us, for society as a whole, to bring enjoyment, to bring inspiration, and also to bring comfort. Especially in this difficult time.”

The impact of the virus as a whole has been ramping up in The Netherlands. CNN has reported that in the last 24 hours alone, 93 people have died from the coronavirus. That brings the total number of deaths in the country so far from the virus to 864, per numbers from the Dutch National Institute for Public Health and the Environment.

Worldwide, the virus is continuing to take a growing toll. The latest numbers from Johns Hopkins University show that, as of Monday afternoon, more than 755,000 confirmed cases of the virus have been identified around the world — more than 153,000 of which are in the US alone.