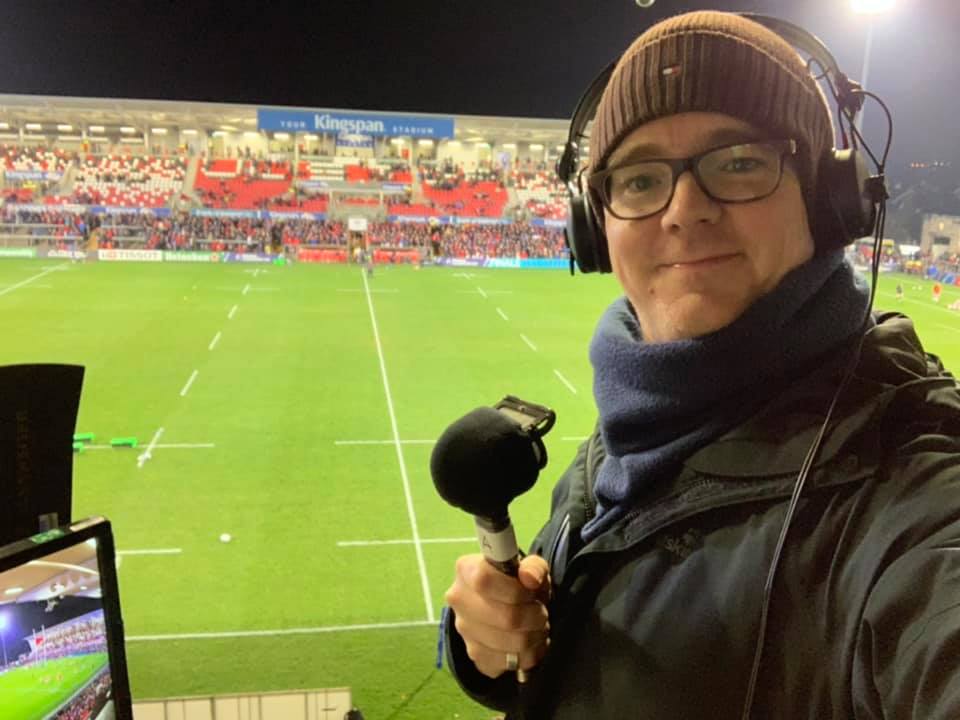 The narrator spits out his commentary in a rapid-fire rat-a-tat, taking audiences along as a race unfolds in front of him. The intensity of his narration is matched only by the speed of the pursuit.

The pursuer in question — one dog. Chasing another. In the park.

The narration is courtesy of Nick Heath, a rugby commentator from London who’s done his part to answer the question of just what will become of all the sports journalists around the world who don’t exactly have any, well, sports to cover right now anymore as a result of the coronavirus. Answer? Well, you could always do like Heath does and just … narrate real life.

You could close your eyes and almost imagine you’re listening to an announcer for a Premier League match.

“These two, Vanilla and Chocolate, are doing really well here,” Heath narrates in one such video clip posted to his Twitter account. “Vanilla, just over the hillock in the distance — chocolate in hot pursuit. There’s been some lovely footwork, and (as “Vanilla” bobs and weaves) there it is again, from Vanilla!”

In another hilarious bit of makeshift sports commentary, we can hear Heath bemoan the state of play between … two guys just sort of mindlessly kicking the ball back and forth in the park. One of them eventually kicks the ball off errantly, at which Heath laments: “Oh, that was absolutely terrible. It’s what we’ve come to expect, really, from these two.”

Heath’s Twitter account is a grab bag of other funny clips like these that he’s tagged with the hashtag #LifeCommentary that he uses to entertain his more than 85,000 Twitter followers. One of his most viewed clips, called the “2020 Crossroad Dash,” offers commentary as people simply cross the street at a light in front of a Barclays branch. It’s racked up more than 636,000 views. Because we’re all bored, and because Heath is amazing.

Indeed, the levity and good humor he’s shared has caught fire, earning him press from around the world and including from prominent outlets ranging from USA Today to The New York Times.