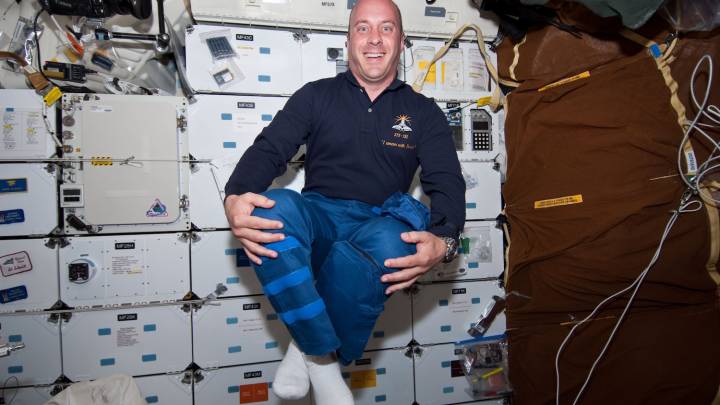 Between Gravity, Interstellar and The Martian, the idea of spending a significant amount of time in space has become an increasingly popular form of entertainment. But, as you’re almost certainly aware, fictional characters aren’t the only ones living in space for weeks or months at a time.

A few years ago, former NASA astronaut Garrett Reisman responded to the following question on Quora: “What’s it like living on Earth after living in space?”

“First of all, the food is much better here on Earth,” Reisman began. “And taking showers and going to the bathroom are much easier to do here too.”

After spending 95 days onboard the International Space Station, Reisman said it took time to adapt once he made it home. After landing in the Space Shuttle Discovery, Reisman said he could hardly lift his helmet off of his head — that’s how heavy it felt. He also noticed that it was nearly impossible to sit up straight, the reasons behind which he explains in depth:

“You see, your brain is remarkably adaptable.  After just a few days in space it figures out that your inner ear is producing nothing but garbage signals and so the brain turns the gains of those signals way down in its Kalman filter and cranks up the gains on your visual sensors, the eyes.  Then all is well, until you come back to Earth.  Now you need your inner ear sensor again, but the brain is still filtering it out.  Gradually the brain re-calibrates, but it takes a while.”

The process was relatively quick for Reisman, but that’s not the case for everyone. Apparently, shorter, stockier astronauts have an easier time readjusting than taller, lankier ones. Within an hour, he says he was walking around the Shuttle, and he even managed to stomach half a burger and some beer later that day.