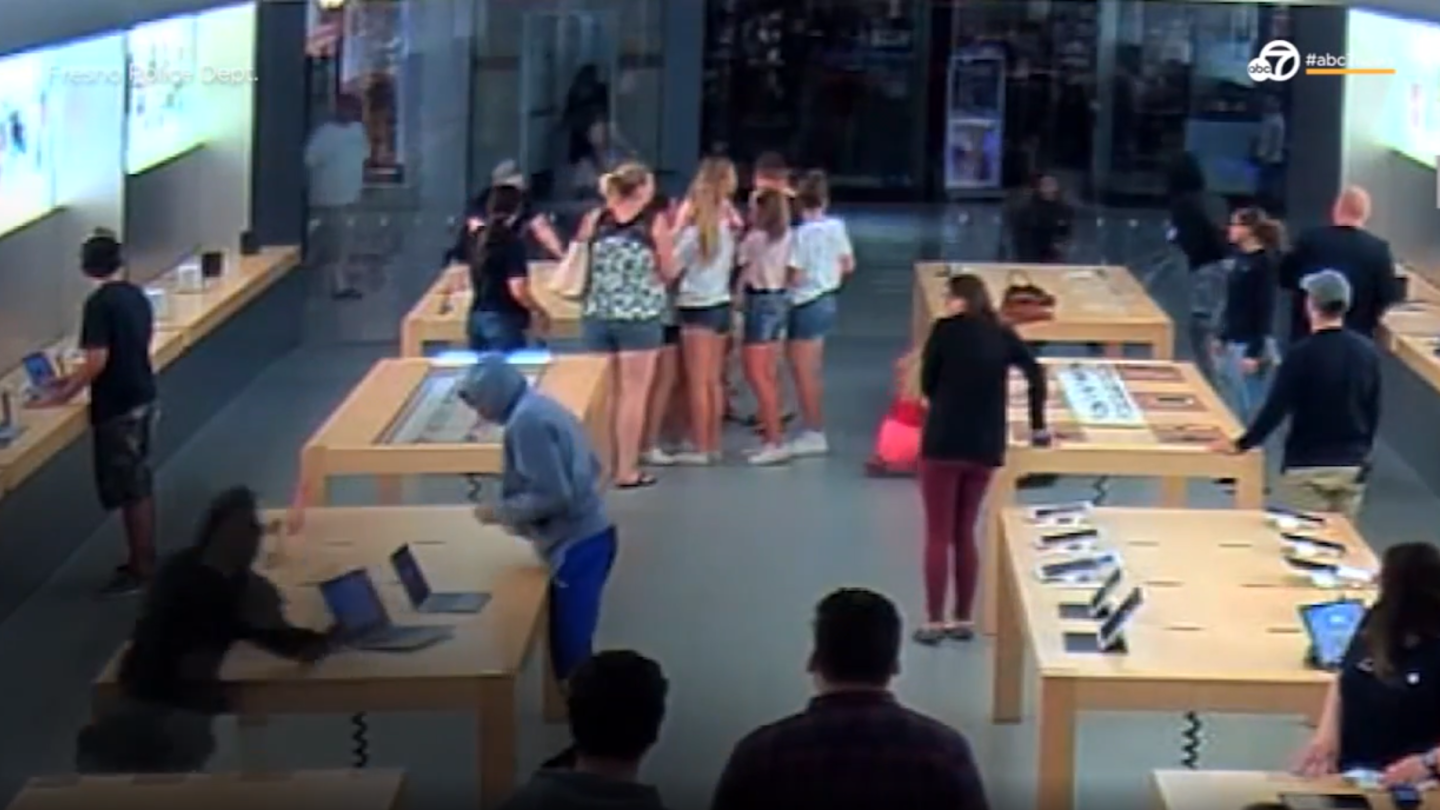 17 people have been charged with a string of robberies targeting Apple Stores across California, the state’s Attorney General announced in a press release Friday. The robberies resulted in the loss of over $1 million in iPhones, laptops, and iPads from stores across 19 counties, the AG says.

Eight of the 17 suspects have been arrested and remanded in custody, while arrest warrants have been issued for the nine other suspects. The suspects are being charged with conspiracy to commit grand theft, thanks to the value of the items taken.

The “scheme” that the Attorney General alleges the suspects dreamed up isn’t exactly complicated: wearing hoodies, a group would enter an Apple Store and grab everything within sight from the display tables. A TV segment from ABC7 shows the group in action, and gives a timeline for some of the robberies. According to ABC7, there were at least 21 robberies this summer, sometimes hitting the same store multiple times. Each haul netted around $30,000 in stolen goods.

Although the value of the stolen Apple products might be north of $1 million, the theives are likely to have netted much less. Stolen iPhones are only good for parts, since they can be remotely locked down and blacklisted from cellular networks, while stolen laptops will be limited in what Apple services they can use.

“Organized retail thefts cost California business owners millions and expose them to copycat criminals. Ultimately, consumers pay the cost of this merchandise hijacking,” the Attorney General said in a statement. “We will continue our work with local law enforcement authorities to extinguish this mob mentality and prosecute these criminals to hold them accountable.”