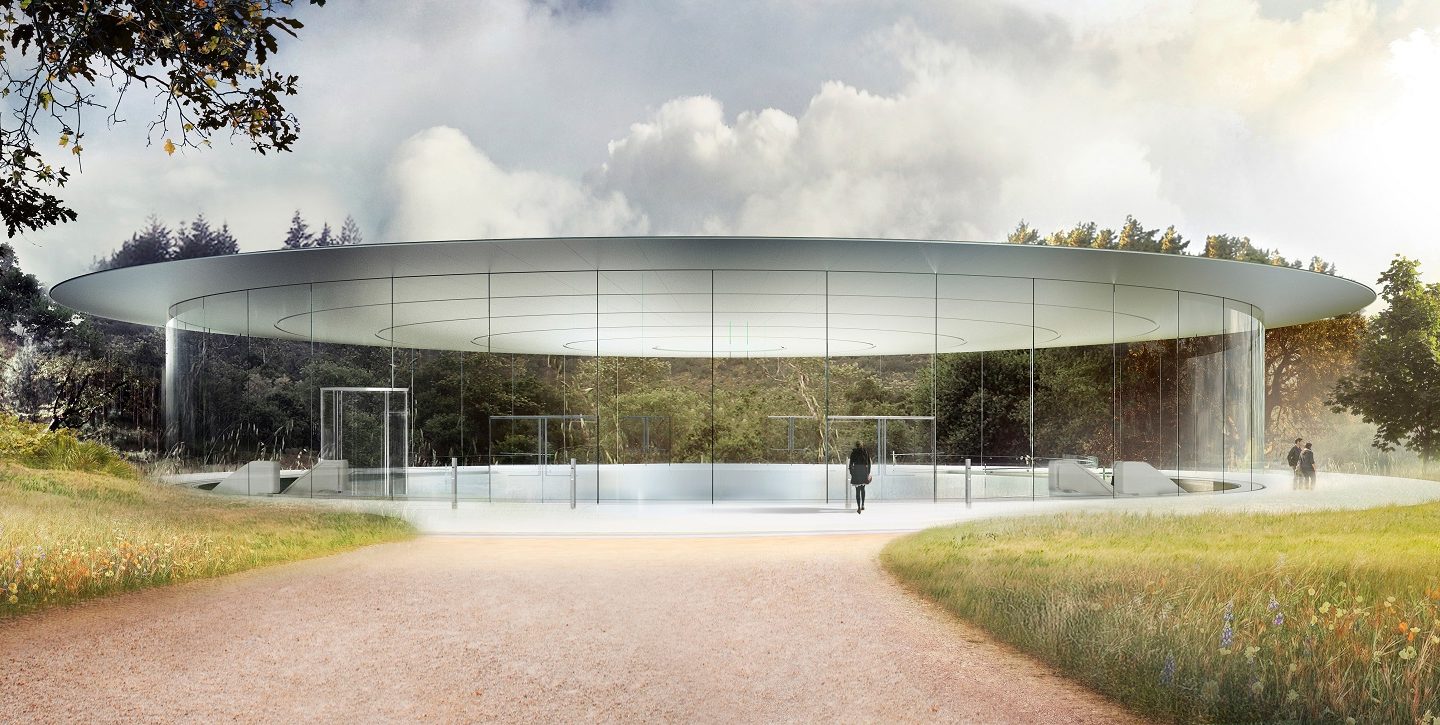 Apple’s stunning new “spaceship” headquarters in Cupertino, California has been turning heads ever since it opened, but its glass-heavy design has created an unfortunate issue. Last month, Bloomberg reported that distracted workers have on multiple occasions smacked into a glass pane or the wall of a work space “pod” (also made with glass) while walking around the campus. The building official warned that this might happen, but no one listened.

And so the incidents continued. Some of the injuries sustained have even been serious enough to warrant 911 calls, and with a public-records request, the San Francisco Chronicle managed to obtain the transcripts of three of these calls, all of which took place during a three-day stretch in early January of this year.

While the issue may sound ridiculous on paper, these transcripts show just how painful walking into a glass wall can be (as if you needed to be told that). In the first call, the caller tells the dispatcher that a man in his 20s at the Apple Park HQ slammed into a wall hard enough to start bleeding from the head:

Caller: We had an individual who ran into a glass wall pane and they hit their head. They have a small cut on their head and they are bleeding, slightly disoriented. We have on site security with them right now.

Dispatcher: Are you with the patient now?

Caller: No, I am not with the patient. We are trying to have a security unit call in right now so I connect you over.

Dispatcher: How old is the patient?

Dispatcher: Is the patient male or female?

Dispatcher: Is he awake?

Caller: He is conscious.

Dispatcher: Is he breathing?

Caller: That we do not know. Yes, yes, he’s conscious and breathing.

Dispatcher: Let me go ahead here and update the paramedics. When did this happen?

Caller: It happened around five minutes ago. Around 12:05.

Dispatcher: Is there any serious bleeding?

Caller: Yes, from the head.

The second incident was similar, also involving a head injury, but appeared to be even more serious, with the patient likely to be in need of stitches due to a cut on the eyebrow. Talk about a hazardous work environment:

Person near caller, in the background: There’s a cut on the eyebrow. According to our, let’s call it, first aid certified personnel it looks like it’s going to (require) stitches.

Dispatcher: Stay on the line, I’ll tell you what to do next. For now, assure him that help is on the way. Don’t let him have anything to eat or drink. Might make him sick or cause further problems. Do you have a gate number?

Dispatcher: Do not move him unless absolutely necessary. Let him be still and let him wait for help to arrive. I’ll update them on the location. OK, thank you sir.

Caller: Thank you very much, have a good one.

Finally, in the third call, the patient is actually on the line, and is able to speak with the dispatcher. While explaining what happened, the patient admits that walking into a glass door “was very silly,” which is absolutely true. Not the fact that he walked into the door, of course, but the fact that everything in Apple Park is made of glass:

Dispatcher: Tell me exactly what happened.

Patient: Um, I walked into a glass door on the first floor of Apple Park when I was trying to go outside, which was very silly.

Dispatcher: You keep breaking up. You walked through a glass door?

Dispatcher: OK, one second. Did you injure your head?

Patient: I hit my head.

The most profitable company in America has at least three employees with self-inflicted wounds from walking into glass walls that look just like the automatic glass doors that litter the facility. And the craziest part is that all three of these calls took place with three days of each other. Apple Park has been open to employees since April 2017, so there’s no telling how many employees have smacked into glass walls over the past eleven months.