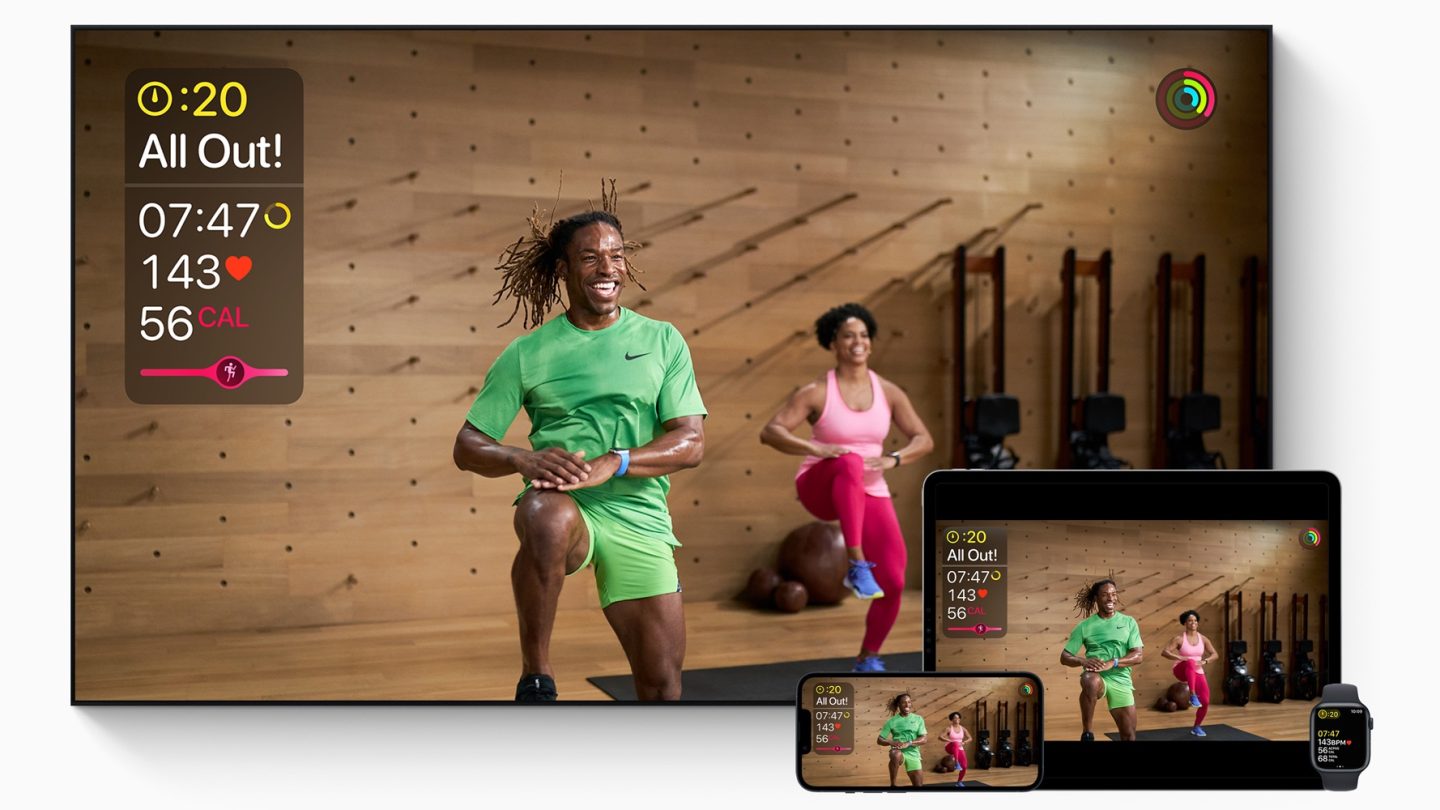 Starting October 24, Apple Fitness Plus will start working without the need for an Apple Watch. Previously the fitness streaming service would require users to have at least an Apple Watch Series 3, an iPhone, and a subscription to proper work.

The news has been shared by Apple through a press release. Apple Fitness+ will work even if the user has just an iPhone in the existing 21 countries it’s already available.

This update to Apple Fitness Plus will require users to update to iOS 16.1, which will be available on October 24. In addition to that, the service will introduce a new Artist Spotlight series feature with music from Taylor Swift, a new workout program, Yoga for Every Runner, and more.

“We built Fitness+ to be the most inclusive and welcoming fitness service in the world, and the response from our users has been overwhelmingly positive. We wanted the amazing impact of Fitness+ to reach iPhone users, and with special offers from partners like SilverSneakers, Target, and UnitedHealthcare, it’s easier than ever to get started on your health and fitness journey,” said Jay Blahnik, Apple’s vice president of Fitness Technologies. “Whether users want to get outside and go for a walk with Time to Walk, improve their running with ultramarathoner Scott Jurek, or get moving to one of their favorite artists, like Taylor Swift, there really is something for everyone to stay motivated.”

With this change, iPhone users with an Apple Fitness Plus subscription will be able to enjoy the service in the 21 countries it is offered in. With that, these users that don’t have an Apple Watch will be able to access the entire service catalog that features over 3,000 studio-style workouts and meditations.

For those users who own an Apple Watch, Fitness Plus will continue to “take their motivation to the next level” with personalized real-time metrics that display on iPhone, iPad, and Apple TV, as well as the ability to experience Time to Walk, Time to Run, and meditations with just their Apple Watch paired with Bluetooth-enabled headphones.

What else is coming on October 24 with Apple Fitness Plus

Taylor Swift songs will be available with Apple Fitness Plus for the first time ever, beginning with a dedicated solo Artist Spotlight featuring newly released songs from her album Midnights.

The series dedicates an entire workout playlist to a single artist, and every Monday for three weeks, new workouts featuring music by Taylor Swift will appear across workout types including Core, Cycling, Dance, HIIT, Pilates, Rowing, Strength, Treadmill, and Yoga.

In addition to that, there’s a new Yoga For Every Runner series with Scott Jurek. Here’s how Apple explains this new series:

Cross-training is essential to runners of all levels, as it may help improve speed and strength, and help prevent injury. Fitness+ will introduce a new workout program, Yoga for Every Runner, featuring and designed with Scott Jurek, one of the world’s top ultramarathon athletes and an author, and led by Fitness+ Yoga trainer Jessica Skye. Inspired by Scott’s approach and integration of yoga, this program is designed to improve running posture, balance, and mobility. Users can do each 10-minute Yoga flow as a warmup, a recovery stretch, or mixed with other workouts from the Fitness+ library.

Last but not least, Time to Walk will also introduced new episodes for Apple Fitness Plus subscribers, beginning with Hannah Waddingham. She is known for her performances on the West End, garnering three Olivier Award nominations, and more recently, she rose to mainstream fame for her Emmy-winning role as Rebecca Welton on Apple TV+’s “Ted Lasso.”