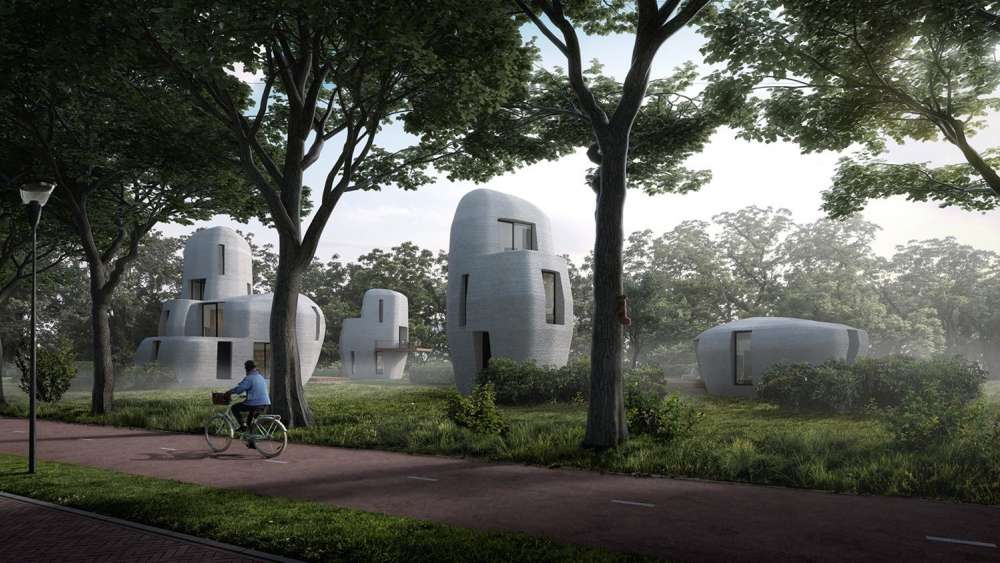 Although we’ve seen concepts and demonstrations of 3-D printed concrete houses in the past, there’s a giant gulf between building one structure as a demonstration, and putting together houses that will serve as long-term homes for actual residents. The Dutch city of Eindhoven is taking a serious step towards reality with a new project, which will see five 3-D printed structures of varying complexity built and put on the rental market by next year.

It’s called Project Milestone, and will see five increasingly involved homes built by a giant robotic arm. Only the interior and exterior walls will be made using the 3-D printing technique, with all the furnishings, trim, and fittings still requiring conventional construction techniques.

The engineers behind Project Milestone contend that 3-D printing concrete isn’t only about saving labor costs. “With concrete prints, builders will soon be able to make concrete details as small as a pea, and round, hollow or convex shapes,” the organization said in a blog post. “This makes concrete buildings and constructions with completely new forms possible.” A special formulation of concrete with the same consistency as whipped cream will be used for the project, and applied by a 3-D printer that’s basically just a concrete nozzle on the end of a giant robotic arm. For this project, the walls of the structures will be built off-site and assembled in place, but the hope is to have the robot working on site for future projects.

“We like the look of the houses at the moment as this is an innovation and it is a very futuristic design,” said  Rudy van Gurp, a manager for Van Wijnen, the construction company on the project. “But we are already looking to a take a step further and people will be able to design their own homes and then print them out. People will be able to make their homes suit them, personalise them, and make them more aesthetically pleasing.”