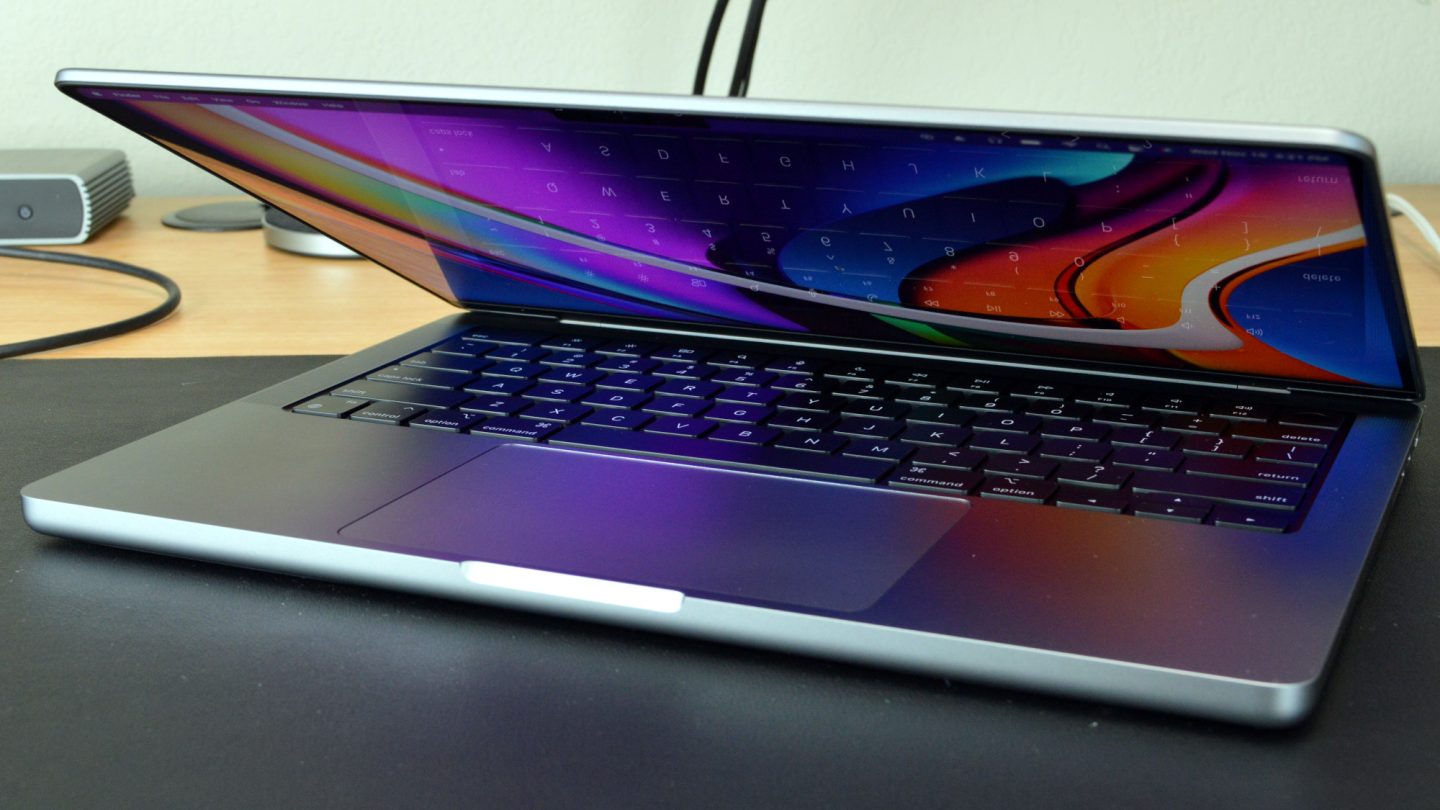 It’s an age-old question: Windows, or macOS? Over the years, both operating systems have been developed and refined. But there’s one thing that still puts macOS over Windows for many people: Deep integration with the Apple ecosystem. That’s not to mention the great design and easy-to-use interface. That begs the question — what are the best Apple computers in 2021?

There are other considerations to make too. For example, you’ll want to think about what kinds of ports you want, and how many you need. In recent years, port selection has been dwindling — so you might want to consider a dock or dongles along with your new computer.

With Apple computers, recently, you’ve had to make another decision — whether or not you want a computer with Apple Silicon. Our advice? Buy one with Apple Silicon, especially if you get a laptop. M1-based Macs are more than powerful enough for most, offer excellent battery life, and will boast better Apple software support going forward.

Without further ado, here are the best Apple computers in 2022.

Cons: Still a bit pricey, might soon get a refresh

The MacBook Air has gone through several refreshes, but the most recent model has to be one of the best. The laptop offers that classic Apple metal unibody design, plus it features Apple’s ultra-powerful M1 chip, a great keyboard, and more.

The keyboard may be a bit of a sore point for anyone who has bought an Apple laptop over the past three or four years. But that on the most recent MacBook Air is actually great. Apple has done away with the butterfly keyboard from the last-generation MacBook Air, in favor of a design with more travel and a more tactile feel.

Of course, perhaps more important than the keyboard is the performance. The MacBook Air comes with Apple’s M1 chip, which has shown to be an incredibly high-performing chip that can handle pretty much anything you’ll throw at it in day-to-day use. The base model comes with 8GB of RAM, but you can upgrade it to offer 16GB if you want to. That M1 chip also means that the laptop offers incredible battery life, and it should easily get you through a full day of even relatively heavy use. Around the edges, you’ll get two USB 4 ports and a headphone jack.

So what are the downsides to the MacBook Air? Well, the port selection may be a little limiting for some, and another USB 4 port or two would have been nice. Also, while we never really expected it to come with a touch display, a touch screen still would have been nice. Lastly, if you can afford to wait a little, it may be worth it considering rumors indicate a refresh is coming. Despite those things, this model of the MacBook Air is an incredible computer that the vast majority of users will love.

The iMac recently got a major redesign, and it looks and performs excellently. The new iMac comes in a range of fun and colorful colors, plus it also offers Apple’s powerful M1 chip that should make it among the best Apple computers for most users.

The iMac’s design really looks like a big iPad Pro on a stand, thanks to how thin it is. This also helps ensure that it should look great in any kitchen, whether it’s in your home office, in the living room, or anywhere else. On the back, you’ll get four USB 4 ports, and if you upgrade models, you can get an extra two USB-C ports.

The display on the computer is pretty stunning too. You’ll get a 24-inch display with a 4.5K resolution, and it’s very sharp and detailed. Sure, it’s not quite as large as the 27-inch iMac’s display, but at this point, you’re better off either dealing with the smaller display or waiting until the 27-inch model gets an update.

So what are the downsides to consider? Well, the computer is a little expensive, coming in at $1,299 for the base model. Also, you’re pretty much stuck with the model you buy — you can’t really upgrade the computer after the fact. Despite those things, however, the iMac is the all-in-one for most Apple fans.

Cons: Due for an update

The Mac Mini has long been a great way to get Apple’s macOS operating system at an affordable price. The most recent model offers the company’s M1 chip, with the aluminum unibody design you know and love. Oh, and it’s pretty inexpensive, coming in at only $699.

The base model of the Mac Mini comes with 8GB of RAM and 256GB of storage, but it can be upgraded to offer 16GB of RAM and up to 2TB of storage. Safe to say, the computer should be more than powerful enough for all but the most powerful users.

On the back, the port selection can be limiting, but it’s not terrible. You’ll get two USB 4 ports, two USB 3 ports, an ethernet port, an HDMI port, and a headphone jack.

It’s important to note that the Mac Mini is rumored for an update in the near future, which may give it a new design and an even more powerful chip. We’ll have to wait and see if that happens, but if you can wait, it may be worth doing so. Still, the current-generation model offers a lot for the money, making it a great choice for those who need a desktop computer now. Note, you’ll need to buy a monitor, keyboard, and mouse separately.

The display on the MacBook Pro is stunning, too. It’s a Mini-LED display like that on the iPad Pro, meaning that it’ll offer deep black levels and bright, vibrant colors. It really looks awesome, so it’s a great choice for those who want to edit images and video.

Apple has even brought ports back to the MacBook Pro. The laptop offers three Thunderbolt 4 ports, along with a headphone jack, a HDMI port, and an SD card slot. There’s even MagSafe for charging. And, generally speaking, the laptop offers a great design — it has a notch, but you’ll forget about it right away, and the new black bed for the keyboard looks great.

So what are the downsides? Well, the MacBook Pro is pretty expensive, starting at $2,000 for the base model. But if you need that extra performance it may well be worth buying.

If you’re looking for the highest-performing computer from Apple, the Mac Pro is still the way to go. Sure, it doesn’t yet come with Apple’s own processors, but you will get Intel’s incredible Xeon chips, coupled with anywhere from 32GB to 1.5TB of RAM, and up to 8TB of storage. This computer is also compatible with AMD’s Radeon graphics cards, with up to two Radion Pro W6800X Duo chips on offer.

The computer has other things going for it too. It’s got a modular, upgradeable design in a classic stainless steel body. In other words, if you’re buying a machine for a professional creative environment, and want to be able to upgrade the computer down the line, this is the way to go.

Ok, so this is probably not one of the best Apple computers for the vast majority of people. Why? Well,  it starts at $6,000. No, I didn’t add an extra zero. That’s perhaps the biggest downside to this computer, besides the fact that it hasn’t yet gotten that Apple Silicon magic just yet. When it does, we assume Apple won’t just add an M1 to it though. It’ll get a highly specialized chip or chips. 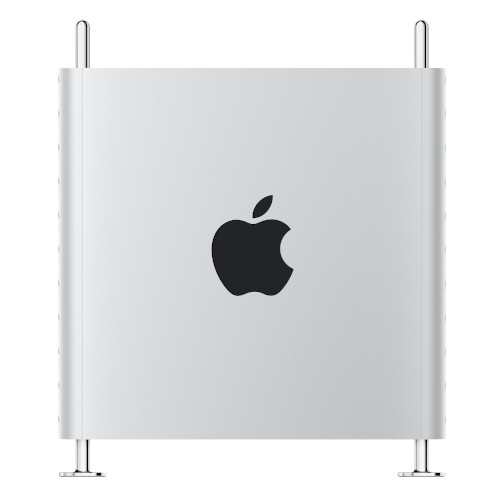