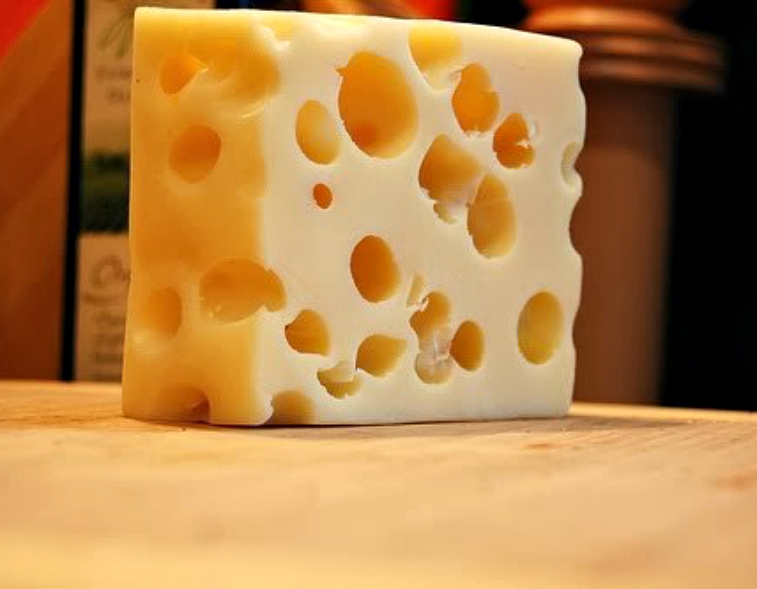 Why does Swiss cheese have holes? It’s been the subject of great speculation throughout the years but researchers in Switzerland (where else?) think they have the answer. Agence France-Presse, via The Guardian, reports that researchers at a state-run agricultural research center called Agroscope have determined that tiny hay particles that fall into the milk are the main reason Swiss cheese develops holes. Previously, research suggested the holes were caused by carbon dioxide released by bacteria, but that’s apparently not the case.

“Agroscope scientists noted that Swiss cheeses had fewer holes over the past 10 to 15 years as open buckets were replaced by sealed milking machines that ‘completely did away with the presence of tiny hay particles in the milk,'” writes The Guardian.

Of course, this raises some questions as well — why is it that Swiss cheese was primarily affected by hay particles and not cheeses in other parts of the world? Is it really possible that Swiss farmers were the only ones who regularly produced cheese with significantly high levels of hay particles?

All the same, the researchers have found that adding more hay particles to cheese does increase the frequency of holes, so it’s clear there is some significant link here.