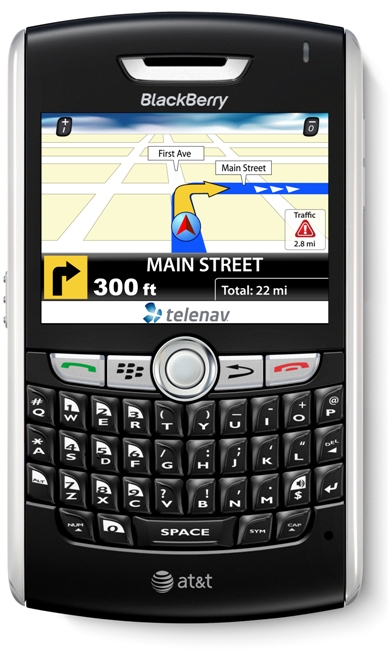 We recently had a chance to speak with TeleNav’s Communications Manager and self-proclaimed “best publicist in the world,” MaryBeth Lowell. The conversation moved from TeleNav’s software (and it’s rapidly expanding features) to their plans to support the iPhone.

Additionally it seems that the have added a Quasi-Helio Buddy Beacon feature that enables users to broadcast their location to friends and even supply directions on how to get there. Our big question was in regards to the BlackBerry 8820 GPS locking and if TeleNav played a role in that. TeleNav agreed to give us (5) 3-month licenses for any device for 5 of our lucky readers, so if you would like to be included just leave a comment on which feature you would like included in a future version of TeleNav and we’ll pick the 5 people with the best ideas. Hit the jump for some highlights of our conversation!

Want to get your real-time GPS on? Hit us with some ideas to improve TeleNav, and we’ll pick 5 winners!