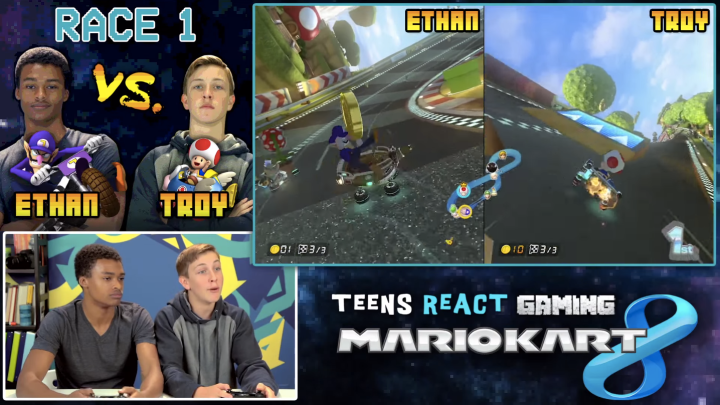 One of our favorite videos from The Fine Brothers’ REACT channel had a group of teenagers facing off in Mario Kart 64 on the Nintendo 64. It’s been two months since we shared that video, and now the teens are back to play the latest game in the popular racing franchise: Mario Kart 8.

Troy, the reigning champion from the Mario Kart 64 tournament, makes his return in this video in an attempt to reclaim the throne. It’s just as entertaining as the last video, and despite the fact that Mario Kart 8 is a recent game, everyone still seems relatively clueless as to exactly what they’re supposed to be doing.

Best of all, the champion from the Elders Play Mario Kart 8 video gets a chance to face off against the teenagers in the final round.

And here’s the video of elders playing Mario Kart 8 for the first time: