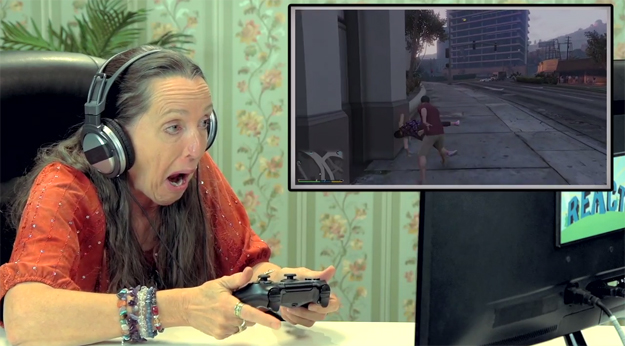 The Grand Theft Auto series of video games is widely known for being among the more ruthless and violent popular game franchises, and GTA V obviously pushes the boundaries even further than earlier installments in the series. So, what happens when you take a fun group of elderly men and women and sit them down in front of Grand Theft Auto V?

Yes, it’s just as funny as you thought it would be.

Needless to say, none of the subjects of REACT’s new YouTube video are gamers, so there’s an obvious learning curve here. Once these senior citizens get going, however, they’re out for blood.

While several of the players in this video are sure to express their disgust at the game’s content, it’s clear to see that they definitely start to enjoy themselves once the violence begins. I also love the fact that at least two of the people in the video stopped at stop signs and red lights while driving stolen cars in a video game.

No more spoilers. The full video is very fun to watch, and it’s embedded below.