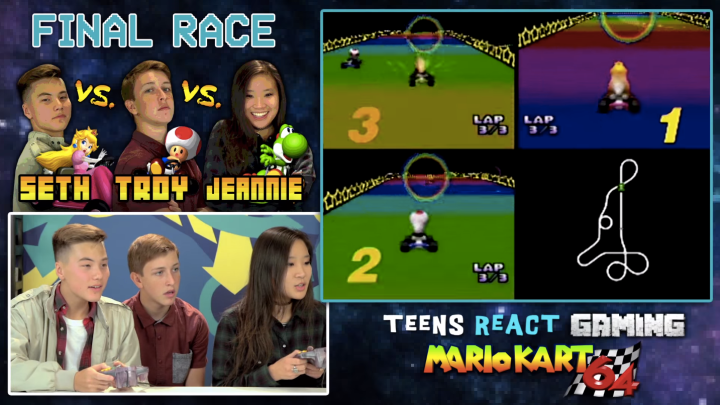 As you might expect, most of our favorite videos from The Fine Brothers’ REACT channel on YouTube have revolved around technology and video games. Over the weekend, the latest reaction video featured a group of teenagers playing Mario Kart 64 for the first time.

Most of them had played at least one game in the Mario Kart series before, but they’d never had to contend with a Nintendo 64 controller before. Needless to say, hilarity ensued.

MORE REACT: The funniest thing you’ll see today: Teens react to one of the best NES games ever

Mario Kart 8 just missed a spot on our list of the top ten games of 2014, but if I’m being honest, Mario Kart 64 will always be my personal favorite. That said, it is a bit of a shock to the system trying to return to 64-bit racer after playing the most recent entries in the series.

Laugh all you want at the less successful of the first-timers, but if you’ve never tried to maneuver through Toad’s Turnpike or Rainbow Road before, I can all but assure you your fate would be the same.