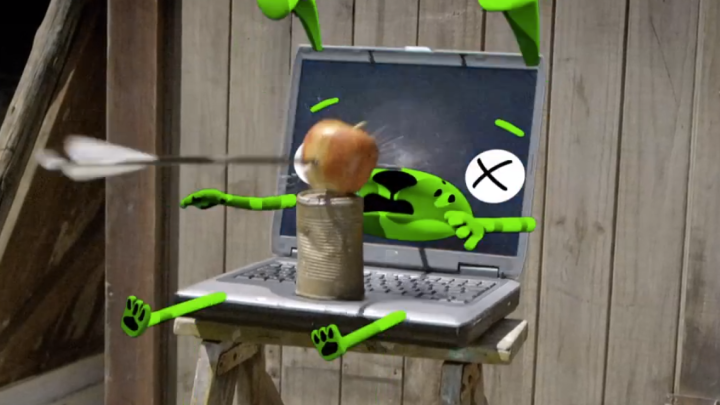 And you thought Samsung’s (005930) ads couldn’t possibly get more disturbing than its creepy “Love Me Again!” stalker girlfriend spot. But the company’s latest “edgy” ad for its  SSD 840 series goes way, way over the line by invoking the spectre of dead puppies in order to tug at your heartstrings. The premise of the ad is this: You have outgrown the “puppy love” you’ve long had with your PC and are getting ready to toss it in the garbage. But Samsung takes this a step further by animating cute puppy faces onto the computers as their owners heartlessly kill them by dropping them off cliffs and shooting them with arrows. The ad has a “happy” ending as one PC/puppy owner realizes that he can rekindle his romance with his computer by installing the SSD 840. Needless to say, the ad is pretty messed up. And no, the fact that the puppies are animated doesn’t help at all. The full video is posted below.

UPDATE: We’ve received word from the Viral Factory video agency that the video has been made private now because it was “clearly upsetting some people.” This is understandable, and we wouldn’t be surprised if Samsung didn’t want to be known as “that company with the puppy-killing commercial.”