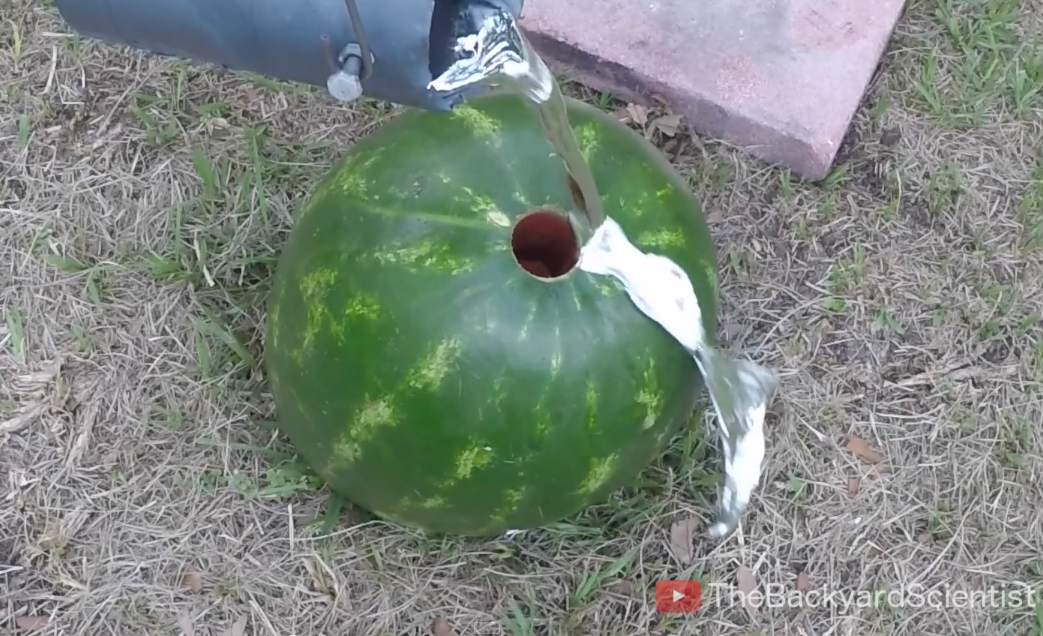 The beauty of YouTube is it lets you watch people do very stupid and dangerous things from the comfort of your own home without any personal risk to yourself. We found one such video on Wednesday that was posted this week by TheBackyardScientist, who decided it would be interesting to see what happened if your poured a can of molten aluminum into a watermelon. The results of this experiment were thankfully non-lethal but that still doesn’t mean you should try it at home and you especially shouldn’t try it in the way TheBackyardScientist did.

RELATED: Man dumps liquid nitrogen on his head in most dangerous Ice Bucket Challenge video yet

What was so colossally stupid about the way our intrepid scientist went about his experiment? Let us count the ways.

OK, so with that out of the way, what actually happened when he poured the metal into the fruit? It actually cooled down and created a very neat-looking aluminum molding of the inside of the watermelon.

But again, don’t even think of trying this yourself. Creating a piece of aluminum watermelon art is not worth a potential slot at the 2015 Darwin Awards.