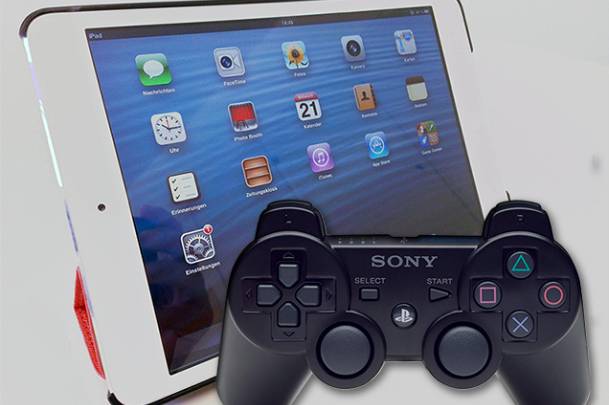 Various game controllers have been specifically created for use with iOS devices in games that support MFi (Made for iPhone) controllers, but Sony’s PS3 DualShock 3 controllers can’t be used by PlayStation owners to play iOS games. Running the default iOS 7 operating system, the iPhone and iPad won’t connect to the PS3 controller, but as soon as they’re jailbroken, they can be used together with Sony’s controller. In order to make it all happen, there’s a $1.99 jailbreak app called Controllers for All, which pairs the controller with an iOS device with help of a Mac/PC/Linux utility called SixPair, iDownloadBlog reports.

The creator of Controllers for All says that more controllers will be supported on jailbroken devices in the future, including the DualShock 4.

For what it’s worth, Sony has recently revealed that its PlayStation Now streaming service, that will supposedly arrive for tablets and smartphones including Apple products, will require a PS3 controller to control games. That may mean that in the future, Sony’s controllers could be supported on iOS devices without the need of a jailbreak.

iOS 7 has been successfully jailbroken, although such procedures will void warranties of the devices they’re performed on. Two videos showing the Controllers for All app in action follow below.