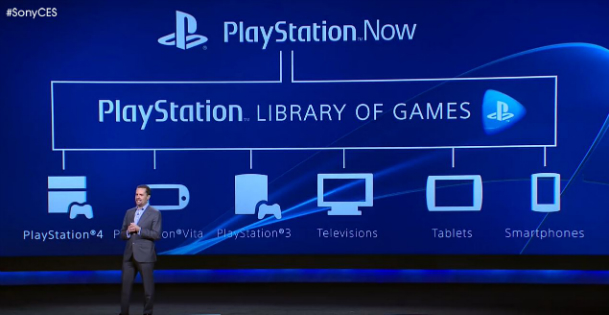 Sony’s PlayStation Now game streaming service unveiled at CES 2014 will work on a variety of smart gadgets in addition to regular PlayStation consoles, such as TVs, tablets and smartphones. But the PS3 games that will be available to users won’t be usable on any devices without the company’s DualShock controller, The Verge has learned. While there already are ways to control those games using a touchscreen interface, Sony will not make the DualShock controller purchase optional, at least not for the time being.

“You need to have the DualShock to be able to play,” PlayStation marketing vice president John Koller said, further explaining that the game controller requirement is related to how those old games were created. “It’s a lot of how these games were developed. We want to continue the experiences as they were meant to be played on the controller.”

The DualShock 4 will be good for PS4 and PlayStation Vita, while Sony’s new Bravia TVs will require a DualShock 3 controller, which may also be needed on future tablets and smartphones that will be able to run PlayStation Now games.