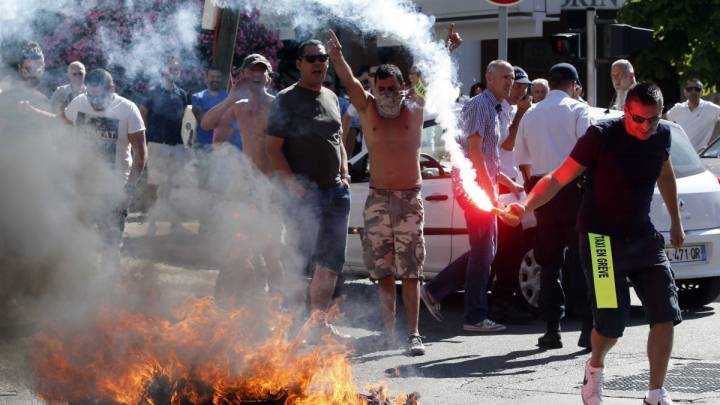 When it comes to Uber, “game-changing” isn’t just a buzzword. The company is revolutionizing transportation and customers are loving every minutes of it. Well, almost every minute of it. Uber is obviously ruffling some feathers along the way as well, and the tension in Paris, France has reached its boiling point.

Taxi drivers have flooded the streets of France to protest following Uber’s new app UberPOP, which allows users hail taxi rides from uncertified drivers. Taxi drivers around the world have taken issue with Uber’s use of uncertified drivers who don’t have to pay for medallions or any other type of certification.

Now, in Paris, things have reached a tipping point and taxi drivers have taken to the streets of Paris to not only protest, but also riot. They’re setting fires, flipping cars, destroying property.

The following photos of the chaos in Paris, which were captured by Reuters photographer Charles Platiau and posted by Business Insider.

FROM EARLIER: Video: Watch a racist cop abuse his power on camera