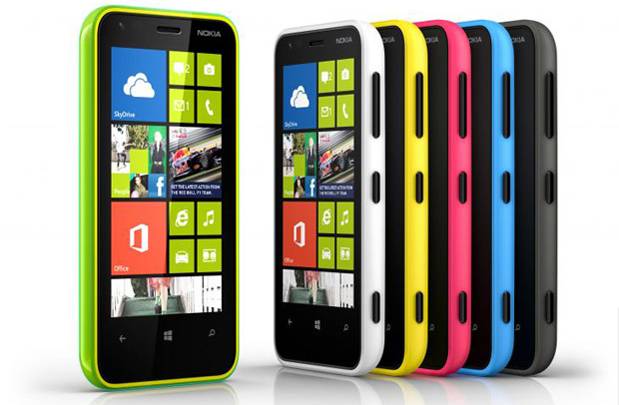 The latest Nielsen survey confirms one of the major smartphone trends of 2012: That the Windows Phone operating system showed remarkable strength in India even before the new wave of Nokia (NOK) and HTC (2498) models launched in January. According to Nielsen, Windows Phone grabbed 8% of India’s smartphone market last autumn, far ahead of BlackBerry (BBRY) at 3% and iPhone at 1%.

This is probably one of the reasons why Apple (AAPL) has started reconsidering a budget iPhone seriously. Nokia is launching its key budget Windows model, the 620, in a few weeks in India and the pricing is now expected to be around 15,000 rupees. This would be more than 10,000 rupees below the cheapest iPhone. India’s surprisingly strong Windows showing mirrors that of recession-racked Italy, where Windows was able to top a 13% market share in December according to Kantar Worldpanel.

The key to the market share surge in both regions has been the dirt-cheap Lumia 600/610, which debuted in the previous winter. The successor model 620 has the advantage of not facing a budget BlackBerry or a budget iPhone for at least five months. This is where the fate of the global success of the Windows smartphone camp is now being decided in the coming two quarters. If the 620 cannot become a substantial volume seller in Southern Europe and Southeast Asia, the two strongest regions for Windows right now, the long-term prospects are dim indeed.

India is one of the fastest growing smartphone markets in the world and is largely viewed as a gateway to Southeast Asia. Its phone market is radically different from China, but mirrors important countries like Malaysia, Philippines and Indonesia reasonably well. Windows smartphones have a half year window to really burrow into the moderately priced smartphone niche in Southeast Asia before a new value BlackBerry and a possible budget iPhone arrive. Achieving 15-20% market share in the smartphone markets of Southern Europe, Asia and Latin America is probably the minimum requirement for Windows Phone’s long-term survival, since getting to double digit share in North America and Northern Europe is unlikely.