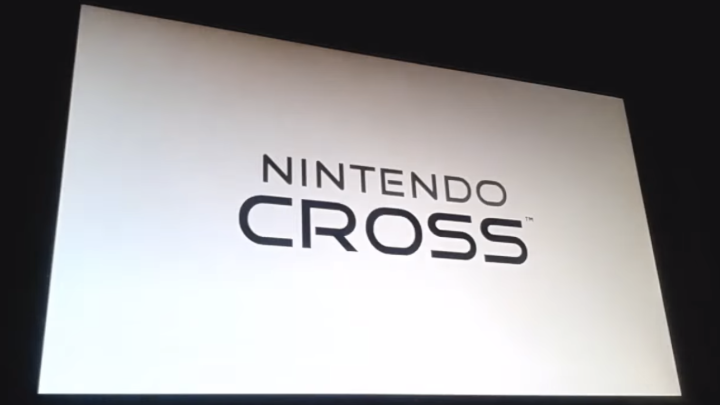 You have to hand it to the gaming community — when they want to prank one another, they really go all out. Late last year, one graphic designer spent hours photoshopping Rayman into the character select screen for the new Super Smash Bros. and now another prankster has put together a fake concept reveal video for the unannounced NX, or Nintendo Cross, console.

READ MORE: This Is How Incredible Mario Might Look on Nintendo’s Next-Gen Console

I could list all of the reasons that this video is fake, from the peculiar crowd noise to the fact that the Japanese audio is ripped from another event, but the most glaring issue is the fact that Nintendo hasn’t had the video removed yet. If their new console leaked a year early, I’m fairly certain they wouldn’t dawdle before sending a DMCA takedown notice.

But despite the glaring issues with the production quality of this fake leak, there are some genuinely interesting concepts presented in the video that are worth exploring.

The main feature of the Nintendo Cross appears to be its ability to stream Wii U and 3DS games to smart devices. In a financial results briefing earlier this year, Nintendo made it clear that it has no intention of porting existing software to smartphones and tablets, but I’m fairly certain that more people emulate classic Nintendo titles on their phones than regularly play games on the Wii U. It would be a way for Nintendo to break out of the traditional console cycle without giving up on it entirely.

The Nintendo Cross also comes equipped with a real controller — lazily photoshopped from an image of the Wii U Pro Controller — which would be a welcome reprieve after two generations of gimmicky controllers.

The Cross isn’t Nintendo’s next console, but a new console is definitely in the works, once again out of sync with the release schedule of the competition. If Nintendo can find a way to separate itself from Microsoft and Sony without alienating its audience, possibly by snagging and riffing upon a few of the ideas presented above, the NX might stand a chance in the coming years.

We won’t see the real thing until next year, but according to Fortune, Nintendo started conversations with third-party partners at E3 2015, and the reception was positive. Can Nintendo return to the forefront of the gaming world with a new console? We’ll have to wait and find out.

Until then, we can pick apart this fake video of the definitely-not-happening Nintendo Cross: