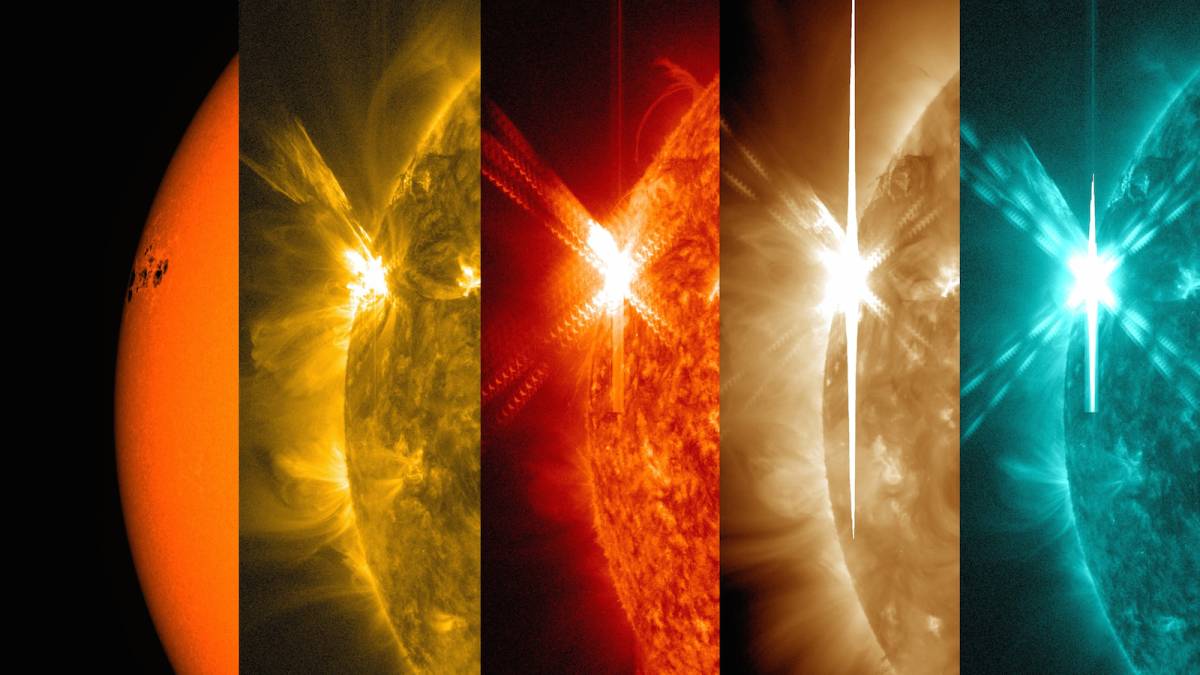 If you weren’t aware, NASA likes to keep a close eye on everything that’s happening in our solar system. Occasionally, the phenomena they observe are too incredible not to share, such as the huge solar flare that erupted from the surface of the sun on May 5th, an event that NASA’s Solar Dynamics Observatory (SDO) is calling the ‘Cinco de Mayo’ Solar Flare.

Not only did the SDO observe this stunning scene, they captured images of it as well, which you can see at this link. Here’s what the scientists had to say about the images of the solar flare:

“Each image shows a different wavelength of extreme ultraviolet light that highlights a different temperature of material on the sun. By comparing different images, scientists can better understand the movement of solar matter and energy during a flare. From left to right, the wavelengths are: visible light, 171 angstroms, 304 angstroms, 193 angstroms and 131 angstroms. Each wavelength has been colorized.”

If that’s not enough, there’s also a video of the X2.7-class flare on NASA’s YouTube channel, which we’ve embedded below: