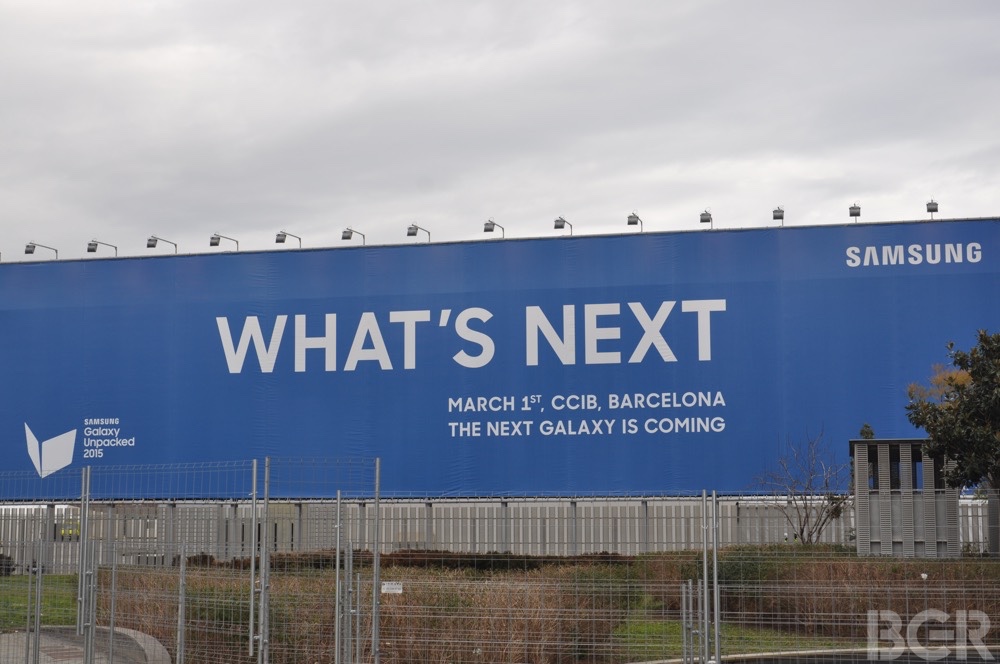 Samsung has already released a plethora of Galaxy S6 teaser videos before its March 1st event gets underway, while at the same time hinting at future features of the phone in official blog posts describing some of the technologies it uses for top devices. The company has also started building up anticipation for the handset in the U.S. with help of three of the top four carriers, including AT&T, T-Mobile and Sprint.

Unsurprisingly, Samsung has also started putting up Galaxy S6 signage — lots of it— in Barcelona, Spain, with several days to go until the phone is officially announced.

FROM EARLIER: Galaxy S6 vs. iPhone 6 vs. HTC One M9: How Samsung might leave rivals in the dust

If you happen to be in Barcelona right now, heading to the Fira Gran Via where MWC 2015 will kick off on Monday, you’ll quickly discover that the south-east entrance of the venue is dominated by signs teasing the upcoming Galaxy S6 models. As seen in the above and below images, Samsung’s marketing machine is running at full speed and is making sure than anyone coming to the mobile event next week will be well aware that there’s a new Galaxy smartphone in town.

While the Galaxy S6 product name is not used anywhere on Samsung’s marketing materials, a teaser image the company released when announcing the Unpacked 2015 event (which shows the curved design of the Edge version) is present alongside many “Samsung Galaxy” signs and a huge billboard that tells you “the next Galaxy is coming” later this week.