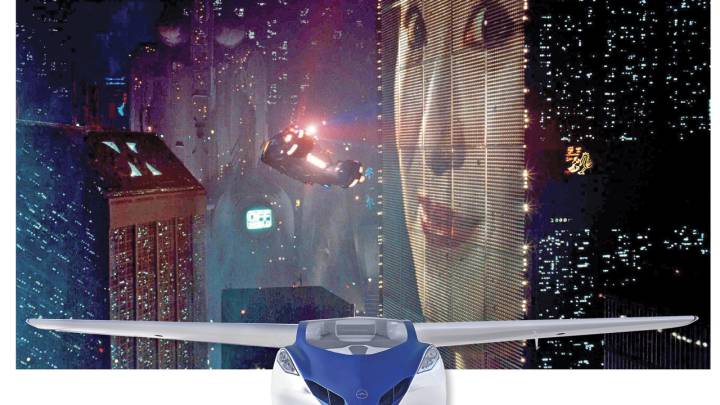 Some of the wild tech concepts shown in sci-fi movies are closer than ever to becoming real, and The Wall Street Journal has listed eight such gadgets that seem to have been inspired from movies and may soon be available to interested buyers.

The list includes devices seen in some very popular movies, such as Back to the Future, Blade Runner, Total Recall, Minority Report, Star Trek, Mission Impossible or Batman.

The flying car in Blade Runner is already being tested in the form of the the AeroMobil (image above) that has been in development since 1989.

Nike is making MAG power laces that will lace up your shoes just like in Back to the Future II,. The hoverboard from the same movie is also something many people would want to own, and a California-based company is already working on such a concept.

The medical tricorder used in Star Trek by Dr. McCoy might be more difficult to pull off with current technology, but a company called Scandu has come up with a pill sensor that can offer ECG readings, heart rate measurements, temperature, blood pressure and oxygen levels.

Other devices quoted by the publication include a memory gel that can stiffen when current passes through them just like Batman’s memory cloth cape and Minority Report-like holographic user interfaces as seen in Microsoft’s HoloLens or in Oblong Industries’ Mezzanine.

Furthermore, researchers at Stanford University have developed gloves with similar powers as the ones seen in Mission Impossible: Ghost Protocol, though regular customers might not have access to this military project anytime soon.

More details about these devices that’ll give you movie-grade technology soon are available at the source link complete with more images.