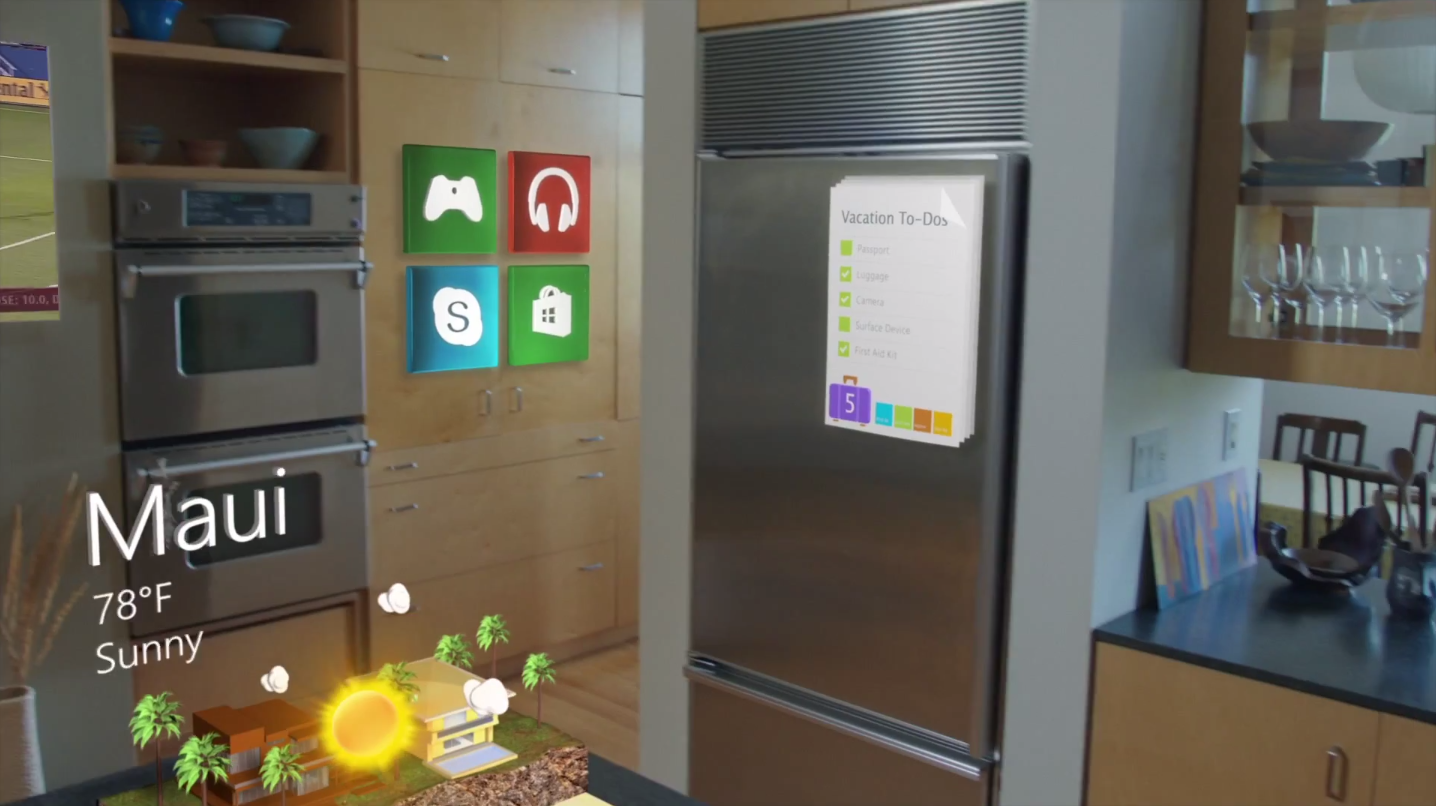 One of the most intriguing questions leading up to the Windows 10 event this week was whether or not Microsoft would discuss its vision for virtual reality. But the company’s vision goes beyond virtual reality — Microsoft wants to make holograms a part of our daily lives with Windows Holographic.

MORE WINDOWS: Here’s how Microsoft is bringing Xbox One games to Windows 10

The holographic APIs behind Windows Holographic will be built into every Windows 10 device. This is going to be an all-encompassing venture for Microsoft. Developers see it as a new way to “blend your digital life with your physical life,” bringing work and play from the screen into the real world.

There will be new hardware as well. This is the Microsoft HoloLens:

It has see-through, holographic lenses and doesn’t need to be tethered to any other device, so you can effectively move and interact with holograms as they populate your world. Apps on the device will be relatively simplistic at first, but in the future, we might start to see programs like we saw in the stunning demo video.

Want to make your own holograms? That’s what Holo Studio is for, the workshop that will allow anyone to bring their own digital images to life. During the event, Microsoft demonstrated how the software would operate with gestures and voice commands.

Last but not least, Microsoft revealed that it has partnered with NASA’s Jet Propulsion Laboratory to allow astronauts to “walk the surface of Mars” without ever leaving the Earth’s surface through Windows Holographic.

Here’s hoping we see plenty more of this fascinating technology in the coming months. Watch the video from the event below: