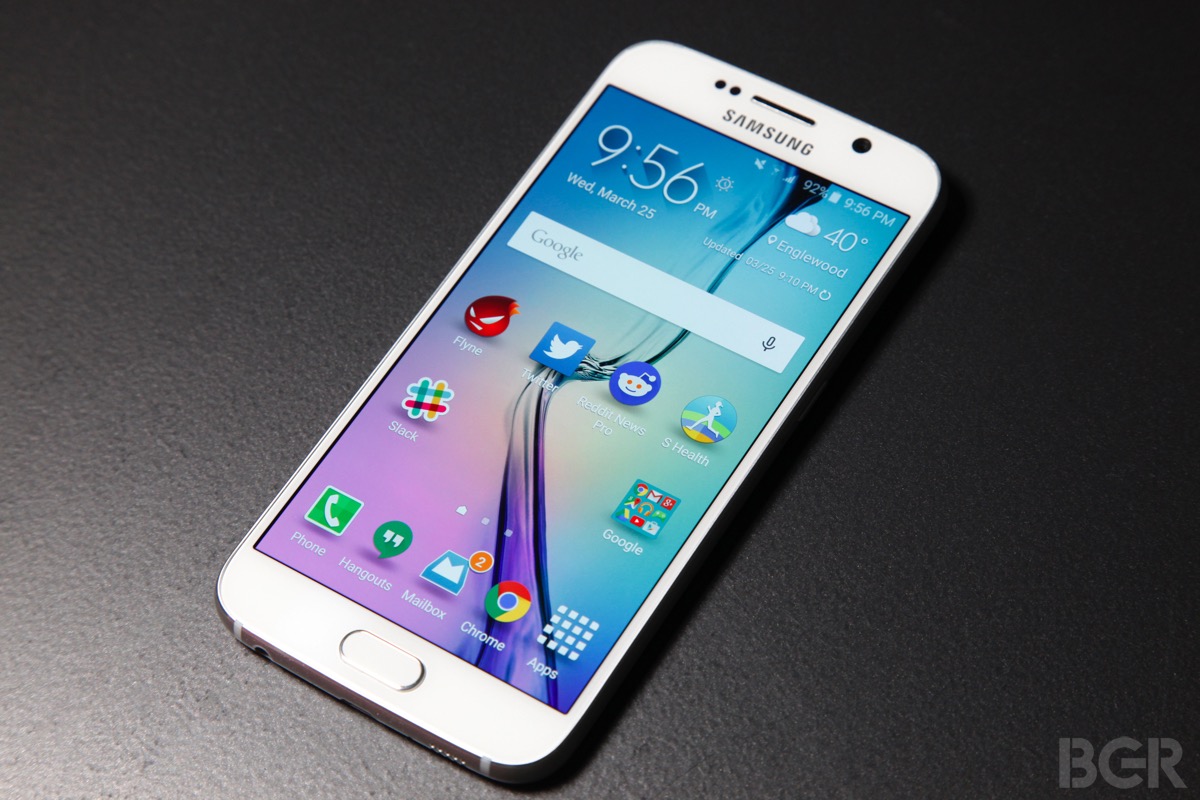 Beginning in two weeks on April 10th, we’re in store for an epic battle of the sixes. Apple’s iPhone 6 burst onto the scene this past September and helped Apple rack up more profit in the holiday quarter than any other company has ever earned in a three-month period. iPhone 6 sales are still going strong according to estimates, but the phone will finally see some real competition next month when the Galaxy S6 and Galaxy S6 edge hit store shelves.

All three of these phones are fantastic options, but there are a few key features on Samsung’s new handsets that could make iPhone 6 owners a bit jealous. In this post, you’ll find 10 of the most impressive things the Galaxy S6 can do that Apple’s latest iPhone can’t.

Apple’s iPhone 6 is pretty quick to charge, especially if you use this terrific trick to speed up your iPhone charging. It’s nowhere near as fast as the Galaxy S6 though, which includes fast-charging technology.

In just 10 minutes, you can add hours of standby time to your Galaxy S6’s battery.

It’s nowhere near as cool as the new wireless charging technology we saw debut at CES 2015, but Samsung’s Galaxy S6 and S6 edge include built-in support for wireless charging. You can also get a free wireless charger with your purchase of the phone if you buy it from Best Buy.

If you want wireless charging on your iPhone 6, you’ll need to use this hack or buy an ugly third-party case.

3. Run more than one app at a time

Apple’s iOS platform supports multitasking, but only one app can be used at a time. With the S6 and S6 edge, you can open two apps side by side and even copy content from one and paste it in the other.

4. Wake a small part of the screen to see notifications

Samsung’s rub-to-wake gesture might be ridiculous, but it’s pretty cool that you can wake the side panel on the Galaxy S6 edge to see notifications without having to unlock or even pick up your phone.

5. See who’s calling without picking up your phone

If you have your Galaxy S6 edge face-down on your desk and one of your favorite contacts calls, the edges will glow with a specific color associated with that contact.

Here’s a GIF of the feature in action:

Apple Pay is a fantastic service that couldn’t be easier to use, but it’s still not available in most stores. Samsung Pay, on the other hand, uses a hybrid technology that’s compatible with newer NFC payment terminals as well as older standard credit card terminals.

Samsung’s new camera in the Galaxy S6 and Galaxy S6 edge is phenomenal, and a few features are of particular interest. One is tracking auto-focus; simply tap on an object and the Galaxy S6’s camera will constantly adjust focus as it moves, or as you move.

The feature works for still photos or while you’re recording a video.

If you double-tap the Galaxy S6’s home button even while the phone is asleep, the camera will open and be ready to capture a photo in a lightning-fast 0.7 seconds.

The iPhone 6’s camera is pretty easy to open as well thanks to lock screen and Control Panel shortcuts, but it’s nowhere near as fast as the Galaxy S6.

9. Use your phone as a TV remote

iPhone 6 users can buy third-party accessories if they want to use their handset as a TV remote, or some apps include compatibility with specific set-top boxes. The Galaxy S6, however, packs in infrared blaster that can control just about any device you want.

There are apps that will use the iPhone 6’s rear camera and flash to measure your heart rate, but the dozen or so apps I have tested are slow and often inaccurate. The Galaxy S6 and S6 edge pack a dedicated heart rate monitor that reads your pulse instantly and is very accurate.