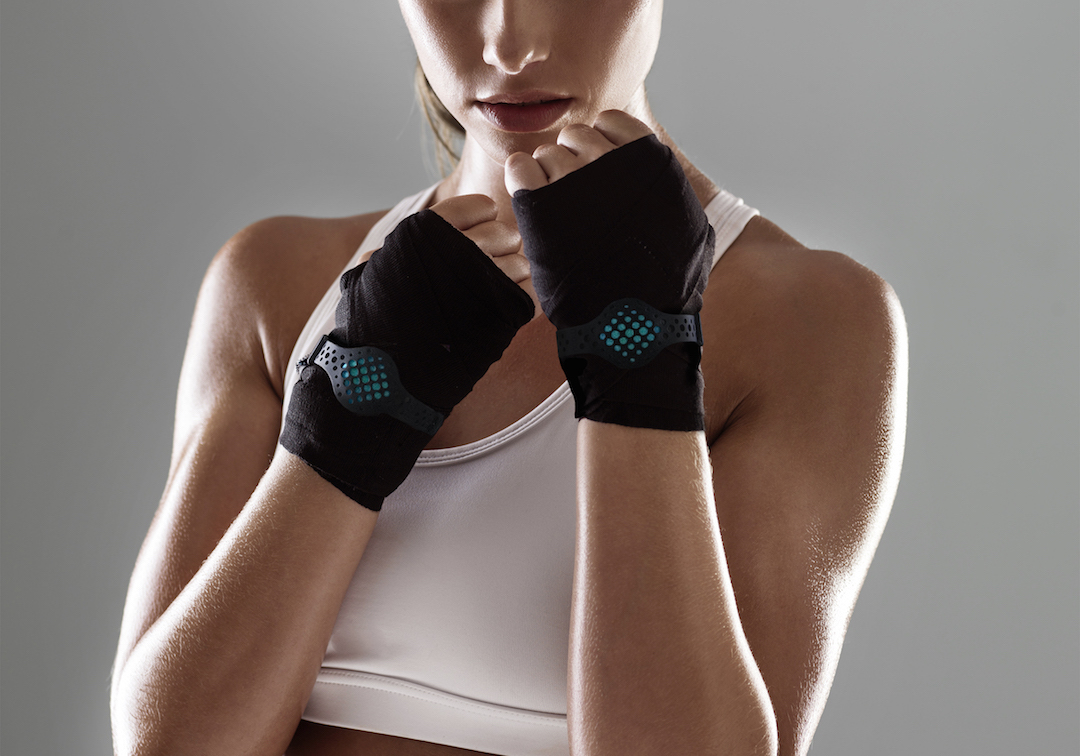 It’s been just over a year since we shared our thoughts on the original Moov fitness wearable, a device that changed the way we’ve thought about wearables ever since. It wasn’t as flashy as some of the other popular bands, but it did what it set out to do as well as any of them, and it did so without breaking the bank.

Twelve months later, Moov Now is set to take the place of the original Moov, and I’m happy to report that it’s an improvement over the original on virtually every front.

DON’T MISS: HTC One A9 hands-on: We wish HTC created a better phone, not an iPhone

The one thing that I can’t get over is the footprint of the band itself. After spending an entire day wearing the Moov Now just this past weekend, I regularly forgot I was even wearing it. When you’re wearing a smartwatch (or a standard watch, for that matter), you want to be able to feel the physical weight of the object on your wrist.

With Moov Now, the less you have to think about it, the better.

The device itself is just a slim disk, about the size of an Alka-Seltzer tablet. It sits inside a pouch in the center of a smooth, comfortable silicon band that comes in the box. Just like before the Moov Now is packed with a gyroscope, an accelerometer and a magnetometer, a combination of sensors that will track every slight move you make.

That’s mostly because all of the important stuff is available on your phone in the fantastically sleek Moov app. It’s genuinely stunning, and not just because of how much of an improvement it is over the previous app collection.

If you never owned the original Moov, you’re never going to have to deal with the five apps that made up the device’s software ecosystem. That’s right — if you wanted to experience everything the first Moov had to offer, you needed to download the Run & Walk app, the 7 Minute+ app, the Cycle app, the Cardio Boxing app and the Swim app.

Once Moov Now launches at the end of the month, all those apps will be combined into a single, comprehensive app with 12 exercises to choose from on the home screen. Rather than looking back at how baffling the multiple app idea was the first time around, I’d rather just be thankful that it led to a complete visual overhaul to complement Moov Now.

When you first open the app, you be presented with a row of icons assigned to each sport that the app covers: running & walking, cycling, swimming and at home exercises, which include the 7 Minute+ workout and Cardio Boxing. Directly below the icons is a progress bar which will show you how many minutes you’ve been active that day.

Tap on the progress bar and you’ll head to the Activity & Sleep tracker, which is new to the Moov ecosystem. If you wear Moov Now for an entire day, you can see every minute that you were active throughout the day as well as the amount of restorative sleep you got at night. It’s a great incentive to keep Moov Now on your person at all times.

The exercises themselves will be familiar to anyone who owned a Moov, but as with everything else relating to Moov Now, the design has been significantly improved. Everything is still gamified, so whether you’re boxing or running or doing sit-ups on the floor, you’ll see real progress every day you work out.

Aside from the app itself, much of what made the original Moov great is also what makes Moov Now a great choice for anyone who wants to supplement their exercise routines with a smart device.

As I said earlier, it’s incredibly light, but it’s also extremely accurate. I watched as it counted my steps while running, and I even changed some of my exercises based on whether or not the band detected my movements. The first time I tried the 7 Minute+ workout, the Moov Now failed to register some of my squats and push-ups, but after adjusting my movements, I heard the app emit the *ding* noise exactly when I expected it to.

Just like the classic Moov, Moov Now is also waterproof up to 3 meters, so you can sweat on it and swim with it without having to worry about killing it. It can also be placed on your wrist or your ankle, depending on which exercise you choose.

Despite all of these notable improvements, Moov Now still isn’t perfect. The talkative trainer might be a bit more dynamic in the new app, but the robotic voice can become grating after spending any significant amount of time with the app. Thankfully, there is an option to limit the trainer’s interaction if you prefer music over strictly guided workouts.

All in all, the Moov Now is exactly what I’m looking for out of a fitness wearable. It might not be as technologically advanced as the Apple Watch or Garmin’s Forerunner series, but it’s also a fraction of the price. Where Moov Now shines is in its ability to coach a non-athlete into shape, as long as you’re willing to put in the effort every week.