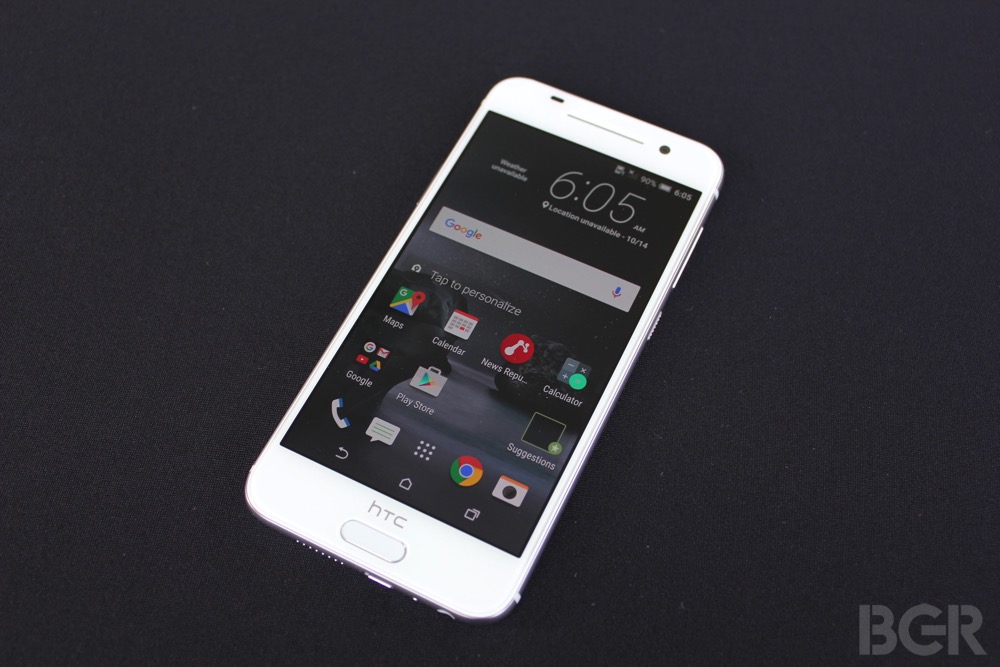 The last thing that I wanted to do was confirm that HTC’s newest phone looks exactly like an iPhone 6. But after spending some hands-on time with the device last week, I’m finding it impossible to see anything else when I look at it.

The protruding camera, the antenna lines, the aluminum housing — HTC says that it’s taking back a design that it pioneered, but everyone else is going to shout “copycat.” It’s a shame, too, because the HTC One A9 is not a bad phone.

READ MORE: Watch live as HTC unveils the phone everyone is calling an iPhone copy

As much as we appreciated the HTC One M9, we were even more confounded by its existence. In an era when smartphone owners are dying for forward progress, HTC decided to release an updated One M8… on the same day that Samsung flipped the script with its legitimately exciting Galaxy S6.

Six months later, HTC is asking for a redo, but rather than utilize the impressive design chops at the company or build the most powerful phone on the market, the company opted for a familiar look with midrange specs.

As for storage, there will be a 16GB model and a 32GB model, but both will feature expandable SD card storage up to 2TB. If the One A9 has anything over its competition, expandable storage is probably it.

Once we turned the phones on, I was pleasantly surprised to find as close to a stock version of Android as I’ve seen on any recent device. After seeing what Google had accomplished with its latest round of updates, HTC decided it was time to scale back on the Sense software suite. There are still traces, but you’ll be getting a relatively clean copy of Android on the One A9.

That’s not to say that HTC has given up on its most iconic software features, including BlinkFeed, Zoe and the Themes app that debuted in Sense 7. It’s just enough to give the One A9 some flavor without drowning it in unnecessary apps and features.

Even without a top-of-the-line processor, the phone felt speedy as I opened up apps and toyed around with the settings. The hardware felt nice too, and even with an iPhone 6 in my other hand, I felt a noticeable difference between the two devices. It’s also worth noting that the fingerprint scanner is leaps and bounds faster than the Touch ID on my iPhone 6.

The HTC One A9 is a nice, clean phone for sale at a reasonable price. Unfortunately, I have no idea who the target audience is supposed to be. Without the latest and greatest chips, diehards aren’t going to bat an eyelid. Without an interesting design quirk, a typical consumer won’t be able to pick the One A9 out of a crowd.

HTC needed to make a statement this holiday season.

With the release of the One A9, that statement appears to be: “We concede.”

The HTC One A9 will be available in four colors: Carbon Gray, Opal Silver, Topaz Gold and Deep Garnet. You can pick it up at Verizon, AT&T, T-Mobile and Sprint in November. Preorders begin today, with an unlocked device ringing up at $399.99.

HTC HTC One A9